I created the “Everybody Draw, Trash, Tell Jokes About, and Insult Mohammad” section (now the “Anti-Muzzie” Page)  back in 2010. It was in response to the worldwide carnage committed by the practitioners of a violent theocracy, as well as in support of the U.S. cartoonist Molly Norris of Seattle, Washington who created the ‘draw Mohammad’ artwork in reaction to internet death threats that had been made against animators Trey Parker and Matt Stone for depicting Mohammad in an episode of South Park.

Since then, the page has garnered both praise and the usual spit-flecked venom from muzzies and liberals who have more of a problem with the lampoon than they do the bloody global slaughter in the name of Islam.

I’ve debated them in the comments and never hesitate to tell them what I think.

And I won’t hesitate now.

My ‘objectionable’ satire got their turbans in a wad because it might cause “unrest, breach of peace”, and “law and order problems” in Maharashtra. They want all of my personal information, IP address, internet activity, email, etc. Oh, and TOP PRIORITY BASIS 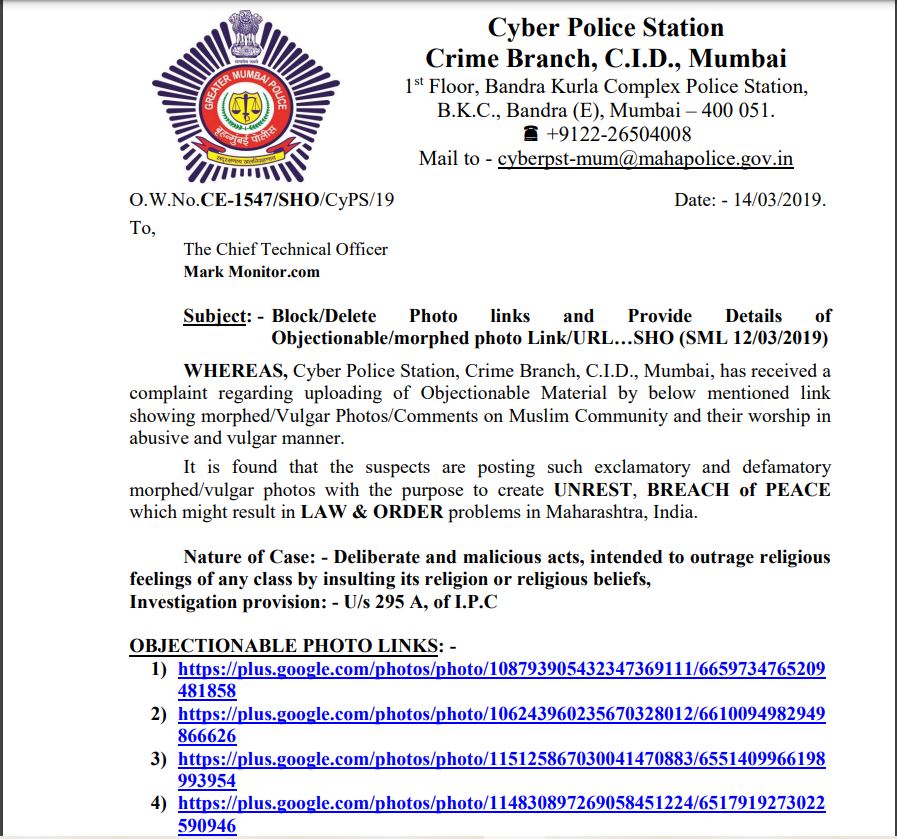 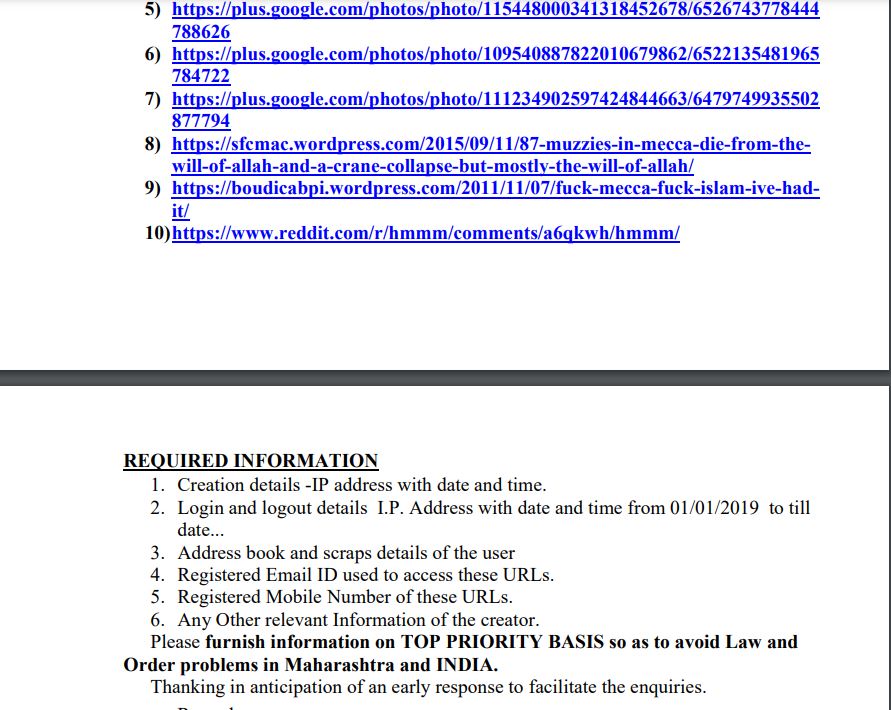 The Mumbai pussies sent several of those whiny complaints.

This is the response I sent: 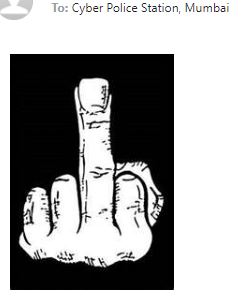 Facebook and Twitter  routinely censors conservatives and criticism of the Left’s ordained protected class of muzzies, minorities, and their political agenda.

We (the folks at Automattic) run a blog and website hosting platform called WordPress.com and would love for you to use it. WordPress.com’s basic service is free, and we offer paid upgrades for advanced features such as domain hosting and extra storage. Our service is designed to give you as much control and ownership over what goes on your website as possible and encourage you to express yourself freely. However, be responsible in what you publish. In particular, make sure that none of the prohibited items (like spam, viruses, or serious threats of violence) appear on your website.

Same with the Guidelines:

WordPress.com strongly believes in freedom of speech. We have a vast audience spread across many cultures, countries and backgrounds with varying values and our service is designed to let users freely express any ideas and opinions without us censoring or endorsing them. That being said, there are a few categories of content and behavior that we don’t permit because we consider them harmful to the community.

WordPress sent this reply with every complaint: “Unfortunately, we must comply to keep WordPress.com accessible for everyone in the region. As a result, we have disabled this content only for Internet visitors originating from (insert country). They will instead see a message explaining why the content was blocked.  Visitors from outside of (insert country) are not affected.”

Well, WordPress is run by twats. My original Foxhole site was removed with no explanation other than it “violated their terms of service”. Which means their guidelines are bullshit. I have since moved to this domain and they can’t do shit about it.

The trouble with leftwingnuts and muzzie zealots is that anything that offends them sends them into spasms of jackbooted oppression.

The ‘cyber police’ demand that the page be blocked/deleted because it contains “deliberate and malicious acts intended to outrage religious feelings”.  Signed, Ravi Sardesai, Senior Inspector of Police.

You are now on my list of things to mock.

Ravi is the same douchebag who signed an affidavit on a petition seeking removal of the film “Innocence of Muslims” from the internet. Sound familiar? That’s the video Obama and Hillary blamed for their own depraved indifference regarding the attack and deaths of Americans in Benghazi.

Well, buckle up, Ravi. The ride is about to reach bucking bronco proportions:

You might contend with Islamic extremists in your population by pandering to them, but don’t expect America to morph into a pusillanimous muzzie doormat like Europe or Mumbai, regardless of what the Democrat party thinks.

You want deliberate and malicious acts?  We experienced the worst terrorist attack in American history thanks to the followers of the ‘outraged religion’.  There’s a website that keeps a daily record of the atrocities committed by muslims and the threat they pose to humanity: https://www.thereligionofpeace.com/

Islam is diametrically opposed to democracy.  Under the muzzie point of view, Sharia Law trumps all other laws. It’s meant to overtake and replace all Western civil, criminal, and government jurisdiction.  They’re not interested in peace, tolerance, or coexistence. They want a worldwide Caliphate.

Assimilation is not on their itinerary.

Having said that, I’m not bothered by some disgruntled muzzie zealot or a laughable cease and desist letter from a ‘senior inspector’ in a ‘cyber police station’ from a third world cesspool, who thinks I or any other American will submit to a foreign “Code of Criminal Procedure”.

This is the only law regarding speech that I follow:

Congress shall make no law respecting an establishment of religion, or prohibiting the free exercise thereof; or abridging the freedom of speech, or of the press; or the right of the people peaceably to assemble, and to petition the government for a redress of grievances.

In case you’re not familiar with that, it’s the 1st Amendment to the United States Constitution.

Oh, and fuck you.

1 thought on “A ‘Cyber Police Station’ in India Complains About My ‘Everybody Draw, Make Fun of Mohammad’ Page”