……Rational people would see that they even lost elections in the Northeast, look in the mirror, and have whatever the progressive equivalent is of a come-to-Jesus moment. Instead, what will most likely happen is leftists will just quadruple down on the crazy. As they immediately did to Andrew Yang.

Andrew Yang says Democrats need to improve their appeal to the working class: "In there minds the Democratic party unfortunately has taken on this role of the coastal urban elites who are more concerned about policing various cultural issues than improving their way of life." pic.twitter.com/UljmEH0sEn 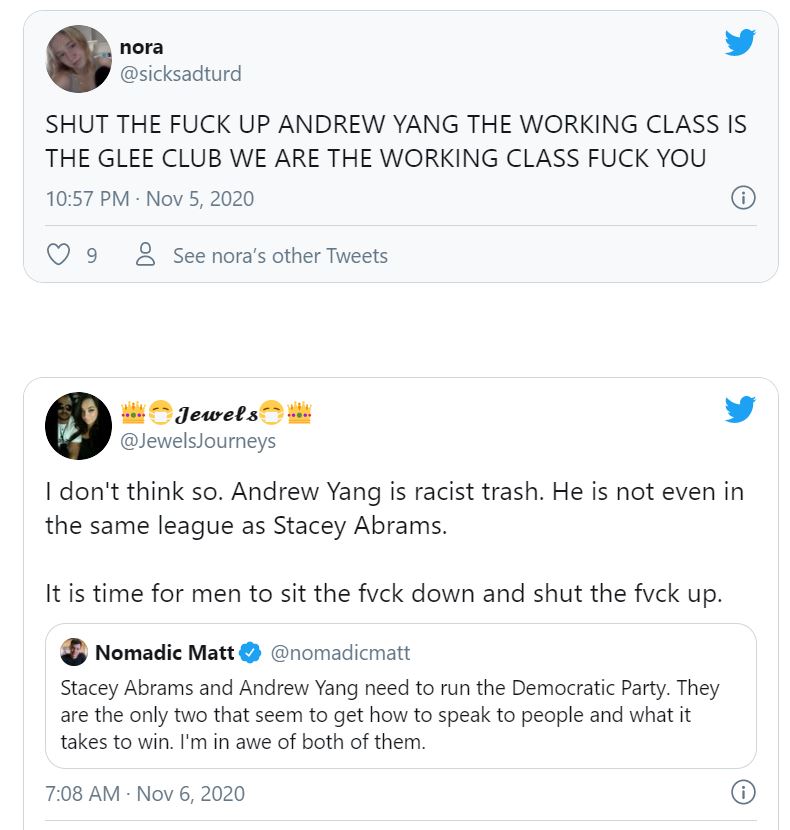 The best-case scenario is obviously Donald Trump pulling off the win and Republicans holding the White House. The worst-case scenario for the right is Biden wins and is forced to pander to his base that will grow more and more unhinged, just because progressives just can’t help themselves. I’m already looking forward to the midterms.

What Yang should realize is that the unhinged DemProgs want to destroy this country and replace it with a communist dystopia. That’s not an exaggeration.