The FBI sewer rats were all over this protest.

The convicted rioter was Micajah Jackson, who pleaded guilty in November to “Parading, Demonstrating, or Picketing in a Capitol building” and is scheduled to be sentenced next month to no more than six months behind bars.

As previously reported via the Washington Examiner, Robinson “wore an earpiece during the riot and was filmed carrying what appeared to be a concealed handgun on his left hip.”

Following the riot, he “was pictured on the FBI’s most-wanted list for over five months until he was removed without explanation on the same day The New York Times reported an FBI informant was at the Capitol on Jan. 6.”

As of the morning of Jan. 15th, Robinson’s name could be found nowhere on the Department of Justice’s website.

For those of you wondering how Luke Robinson and I are connected. The intro didn't load. Here's the intro. pic.twitter.com/FOCrXw2pAm 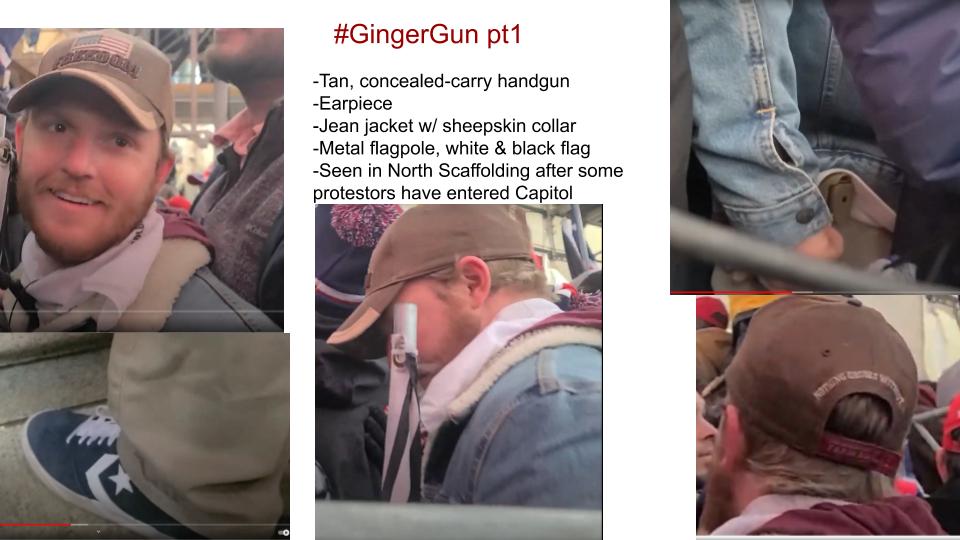 The FBI’s role was intended to be subversive and to gather as much intelligence on the participants as possible.  Gee, if only they would use that tactic on the rampaging  Antifa and BLM thugs.

Why aren’t Luke Phillip Robinson and Ray Epps in solitary confinement with the rest of the political prisoners in their gulag?