Biden repeatedly slammed Donald Trump and “MAGA Republicans” in an overtly political primetime address the White House billed as “the battle for the soul of the nation” — a speech ignored by all major TV networks and carried by just two cable news channels.

With a heckler relentlessly shouting, “F–k Joe Biden” throughout the 24-minute speech, the president called “MAGA Republicans” and supporters of his predecessor and potential 2024 rival, Donald Trump, a threat to “the republic.”

“Too much of what’s happening in our country today is not normal. Donald Trump and the MAGA Republicans represent an extremism that threatens the very foundations of our republic,” Biden said feet from Independence Hall in Philadelphia.

“There’s no question that the Republican Party today is dominated, driven and intimidated by Donald Trump and the MAGA Republicans. And that is a threat to this country.”

“They’re entitled to be outrageous. This is a democracy,” Biden said about 20 minutes into his speech as the heckling continued, audible on the official White House video feed.

“Good manners is nothing they’ve ever suffered from,” he cracked.

But calling us “fascists” is “good manners”.

The heckler was the best part of the speech.

The speech was carried live by few TV outlets. Only CNN and MSNBC ran the remarks live — plus C-SPAN, which generally broadcasts official events. ABC, CBS, NBC, Fox, PBS, Fox News and Fox Business did not air it.

……Biden cast aside that pretense of steering clear of politics by mentioning Trump by name three times and his MAGA — for Make America Great Again — political movement 12 times.

“MAGA Republicans have made their choice. They embrace anger. They thrive on chaos. They live not in the light of truth, but in the shadow of lies. Together, we can choose a different path,” Biden said.

……(he) spoke before a military band and a crowd of supporters as he said that Republicans are plotting to manipulate elections in their favor.

“They’re working right now, as I speak, in state after state to give power to decide elections in America to partisans and cronies, empowering election deniers to undermine democracy itself,” Biden insisted.

Newsflash Biden: We won’t stand buy and watch you and your Dem thugs trample the constitution and break the law in the name of “equity”.  Your party’s collusion with Big Tech to rig the 2020 election, and giving illegals the green light to vote, is the very definition of manipulating elections.

The juxtaposition of the military members in the speech even drew a rebuke from a CNN news host.

“Whatever you think of this speech the military is supposed to be apolitical. Positioning marines in uniform behind Biden for a political speech flies in the face of that. It’s wrong when Democrats do it. It’s wrong when Republicans do it,” tweeted “New Day” host Brianna Keilar.

Biden just wants to make sure we understand that he is the leader of an authoritarian regime.

House Minority Leader Kevin McCarthy (R-Calif.) delivered his own speech about two hours earlier, from Biden’s birthplace of Scranton, Pa., and accused the president of waging his own “assault on democracy.”

“Joe Biden and Big Tech colluded to silence your freedom of speech and shut down your voice on the largest communication platforms in the world. That is an assault on democracy,” McCarthy said.

“Joe Biden’s government has shielded his family and his administration from accountability of abuses of power and foreign dealings of his son for personal gain. That is an assault on our democracy,” McCarthy continued. “Joe Biden and the politicized Department of Justice launched a raid on the home of his top political rival, Donald Trump. That is an assault on democracy.”

From a poster at RightNation.US: 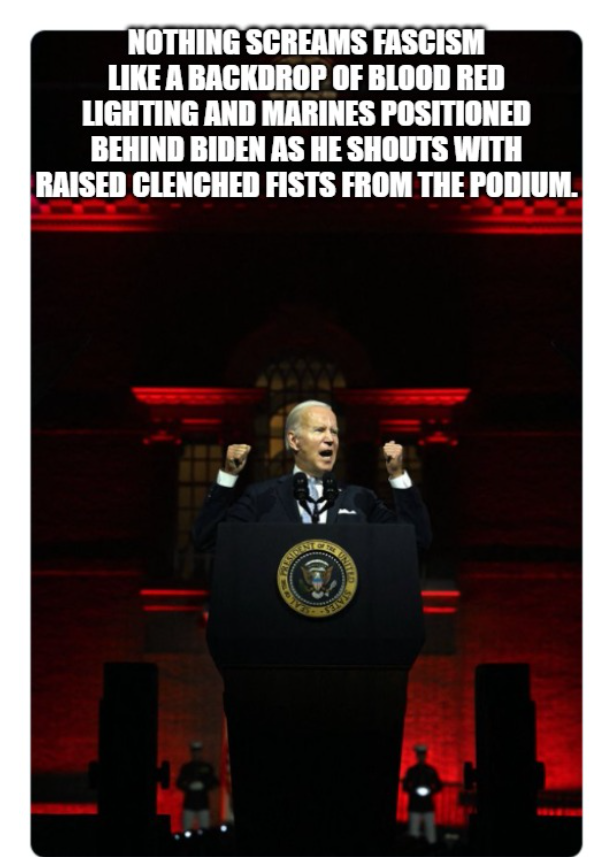 This kind of rhetoric we saw in Biden. He doesn’t talk that way about any foreign adversary. Show me a clip of Biden using that sort of language against China, against Russia, against Iran, against any of these alleged foreign adversaries. You can’t. Because his number one enemy is the American people.—Darren Beattie 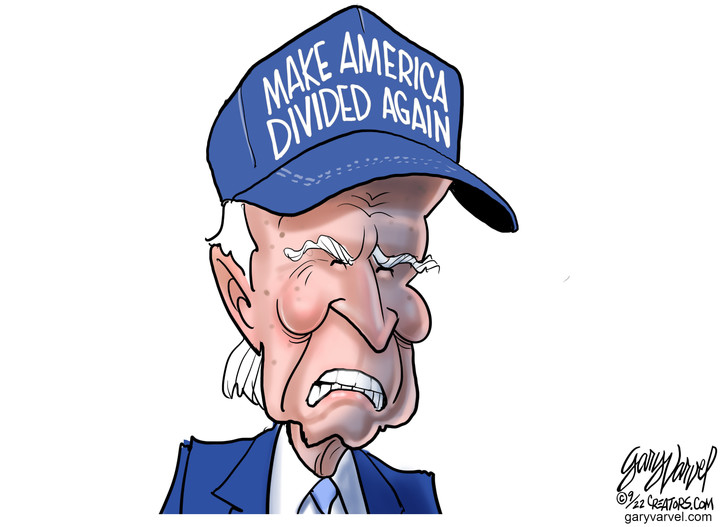 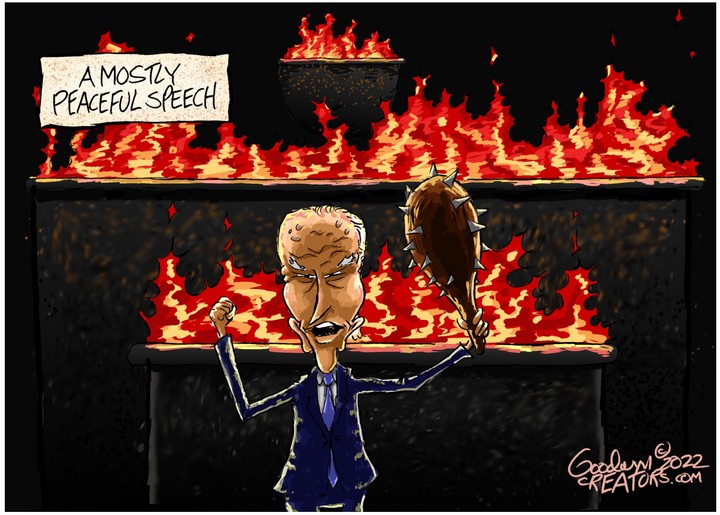 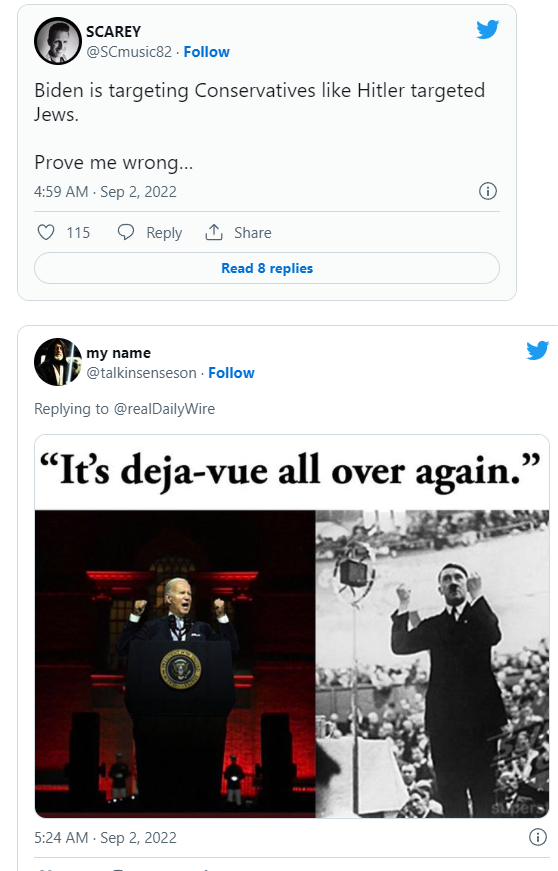 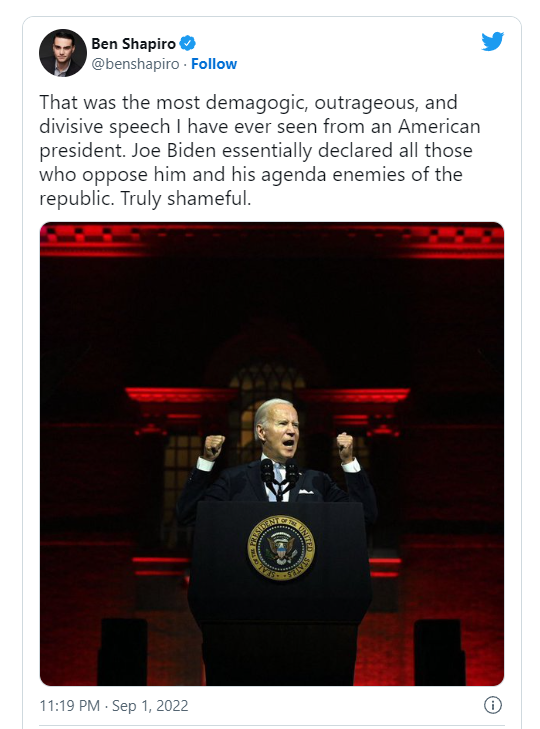 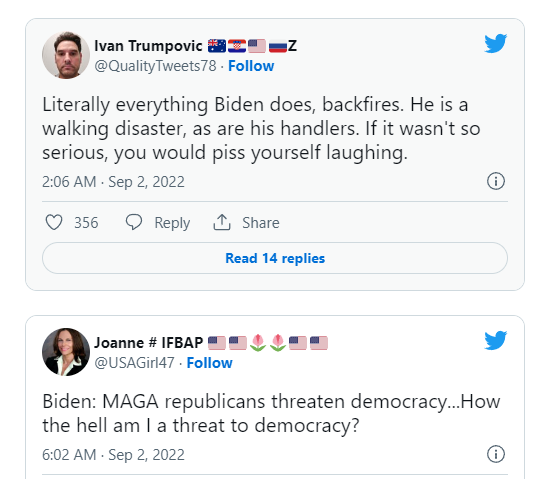 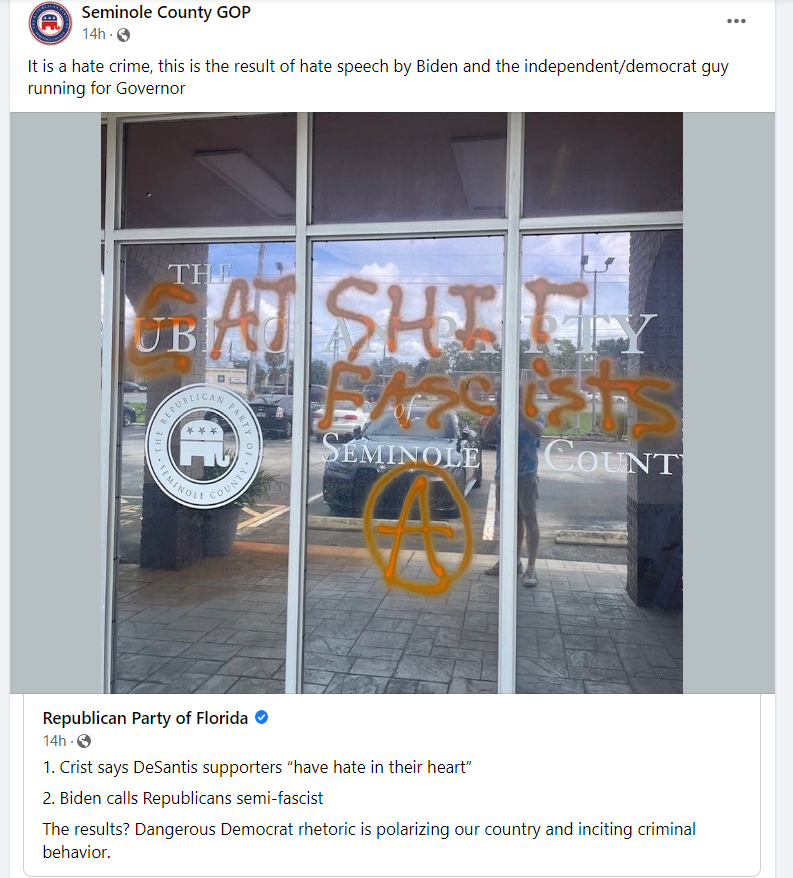 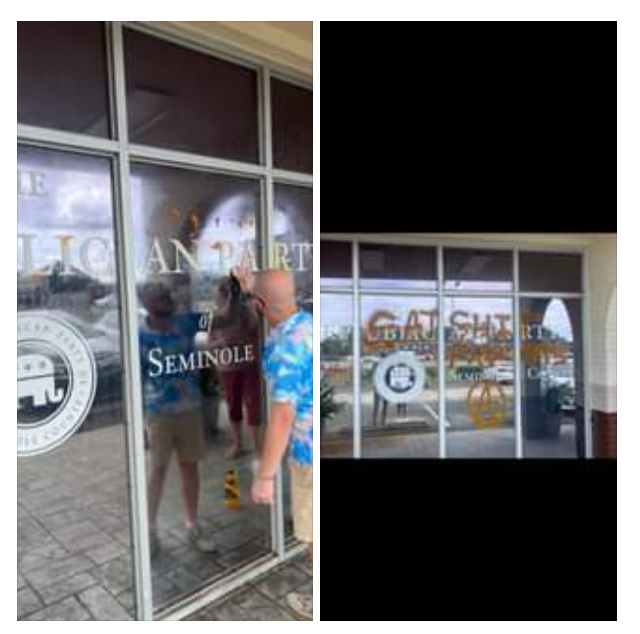 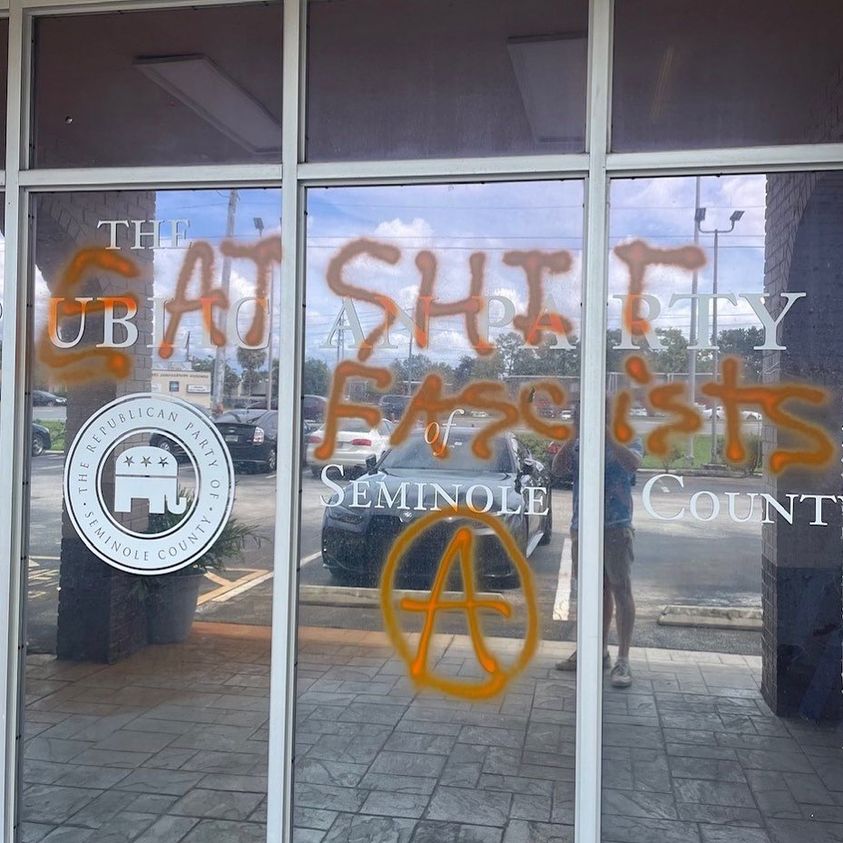 Biden’s regime is a total disaster. Crime, rampant inflation, the supply chain crisis, empty store shelves, high fuel prices, illegal aliens flooding the country, academic standards are at an all time low, the DOJ and FBI are out of control, and the Biden family is a crime syndicate, but we’re a threat.

75 million Americans who voted for President Trump are “fascists?”

That’s coming from the autocratic leader of a fascist regime that persecutes political opponents, arrests parents for standing up to school boards that sexualize their kids, and push racist CRT, just gave the IRS 87,000 armed agents to enforce taxes at the point of a gun, won’t protect SCOTUS judges from death threats, and allows Antifa and BLM thugs to torch cities and murder people.  He labels American citizens who challenge authoritarian covid measures and question the integrity of elections as “domestic terrorists”.  He rounds up political dissidents, and holds political prisoners in a DC gulag without due process for protesting government corruption on 6 Jan.

Spare us your bullshit, Adolph.

I served America for a total of 30 years as a US Soldier and deployed to war twice.  I took an oath to protect and defend the principles in the Constitution against all enemies , foreign and domestic. I don’t need to have my patriotism questioned by a corrupt hack who spent 50 years in the Swamp with nothing but misconduct to show for it. Because we object to Biden and his Dem cohorts’ lawlessness, contemptible treatment of citizens, and because we support President Trump’s America First policy, we are called “fascist”.

Biden can kiss my ass.

The GOP needs to grow a pair and confront this tyrant.  If they don’t, don’t expect to win in November.

BTW: Presidential ‘historian’ Jon Meacham had a hand in composing that vile bullshit.