There’s a reason that the folks who plan Joe Biden’s days decided that he shouldn’t give any official remarks today as he visited the three 9/11 sites for remembrance ceremonies. I think they knew that if he opened his mouth and stuck his foot in it on such a solemn occasion, this time it would be before the world and it would be too hard for media to ignore.

So as we reported earlier, they prerecorded some remarks for him where he spoke, gazing off into the distance, about “unity,” and looking like death warmed over.

He did show up at the 9/11 ceremony at Ground Zero and then later at the Pentagon. But they apparently couldn’t control every action.

At the Ground Zero ceremony, Getty Images caught a picture of him taking down his mask in the middle of the crowd with the Obamas and Clintons, and yelling at someone in what looked like a completely inappropriate moment.

But Biden himself was also yelled at and booed at least once during the event.

Biden was following the Clintons and the Obamas into the event, when you can see him suddenly break away and rush over to the rope line, where he appears to recognize someone to say hello to that person. But as he does, some people start booing him, and at least one man calls him a “mug” for what he did in Afghanistan.

It just shows how raw the emotion still is over the debacle — that on the 20th year after the 9/11 attack, Biden would have delivered such a disaster, left Americans and thousands of Afghan allies behind, and left the country in the hands of terrorists. 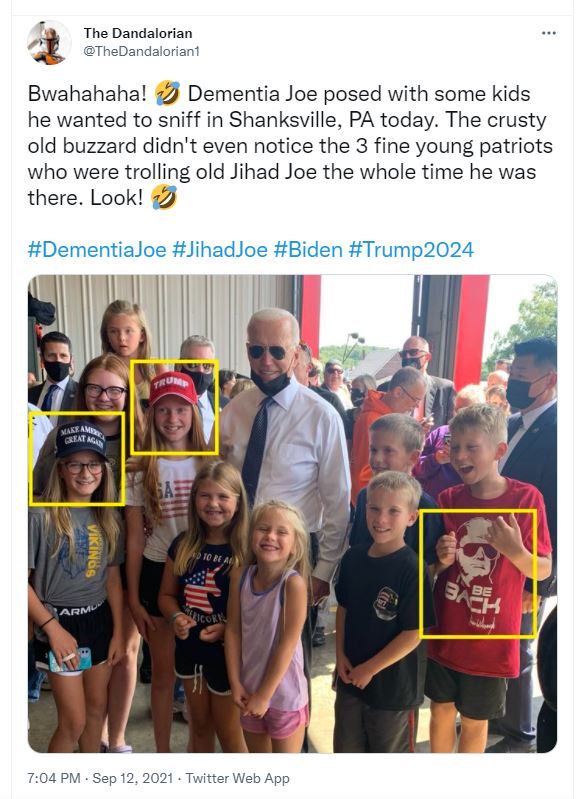