Hunter had access to that garage. A crackhead with access to classified material. What could go wrong. 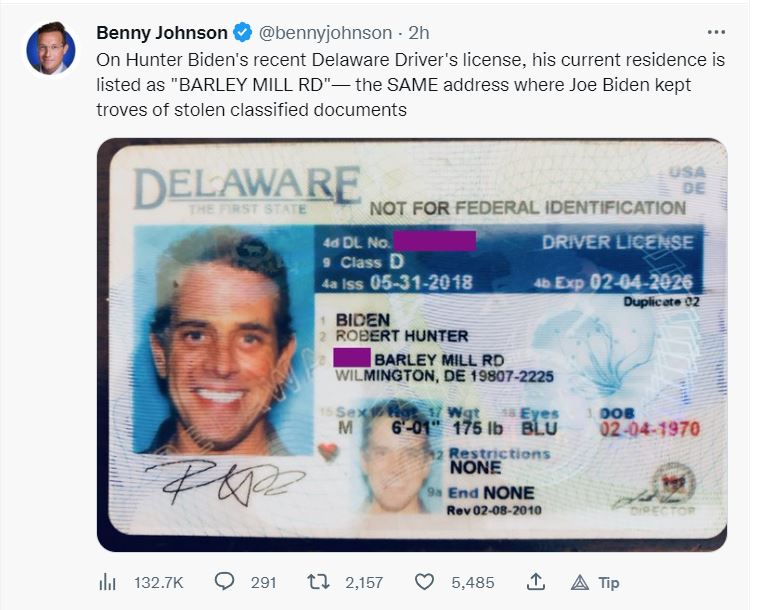 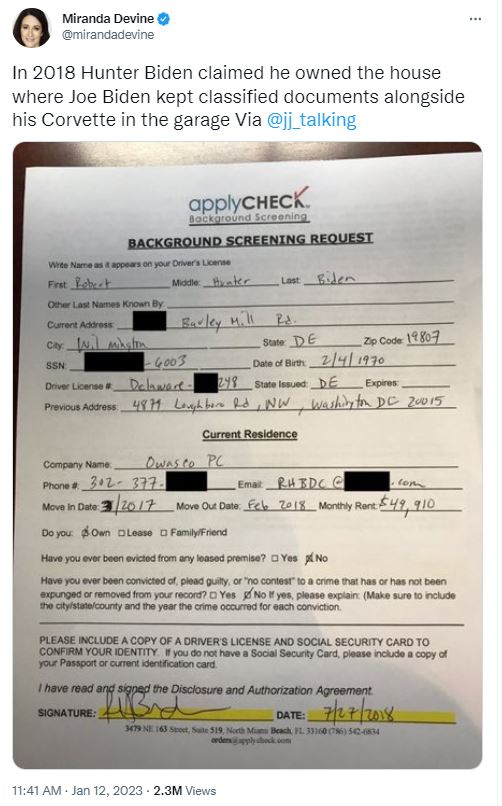 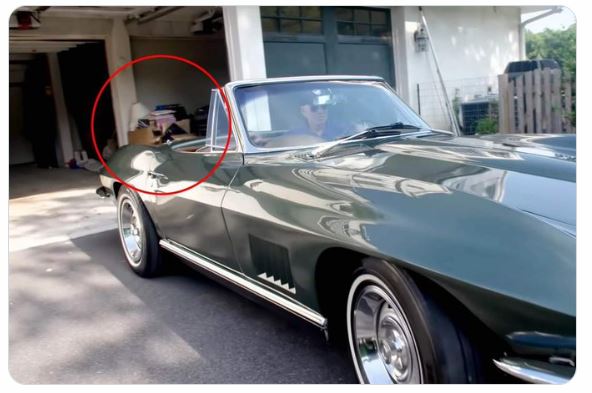 The White House on Thursday confirmed that a second set of classified documents Joe Biden was vice president were discovered in the garage of his home in Wilmington, Delaware.

“All but one of these documents were found in storage space in the President’s Wilmington residence garage. One document consisting of one page was discovered among stored materials in an adjacent room,” he said.

The statement confirmed reports Wednesday that a second batch of classified documents had been found after the White House confirmed earlier this week that another batch of sensitive documents was found in Biden’s former office. 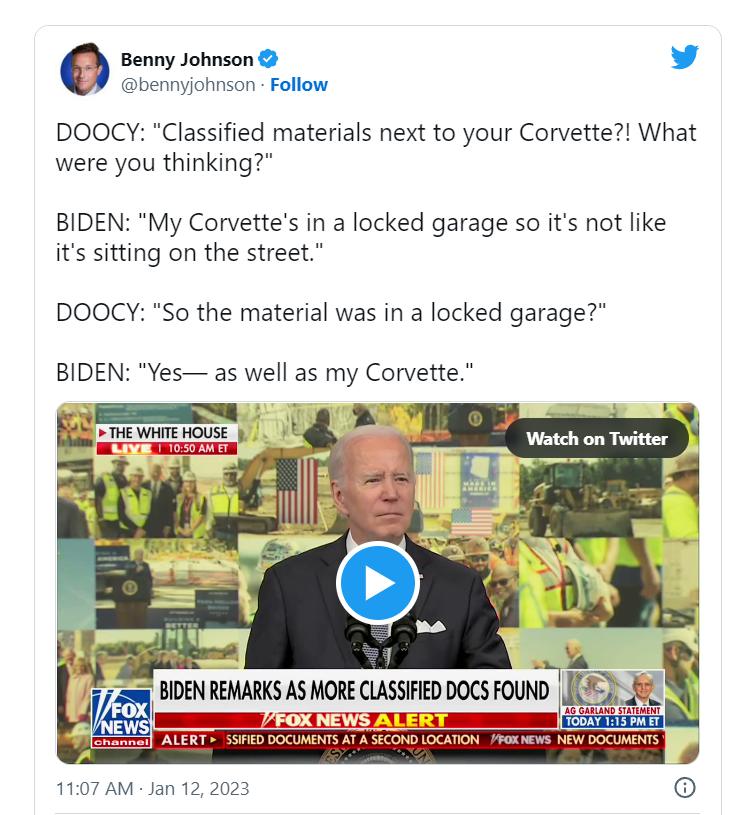 What? No FBI raid?