Joe Biden, over the last year, has been flying border crossers and illegal aliens to suburbs across the United States in a “down low” operation by the Department of Homeland Security (DHS), federal contractors admit.

Newly released footage, obtained by New York gubernatorial candidate Rob Astorino (R), shows a flight charted by Biden in August of 2021 where Unaccompanied Alien Children (UACs) can be seen being unloaded from the plane and onto buses in Westchester, New York, from Fort Bliss, Texas.

Employees with MVM, Inc. — the private company that contracts with the Biden administration to facilitate the relocation of border crossers and illegal aliens across the U.S. — detail how the secretive operation is meant to be “as down low as possible” and to keep the charted flights out of sight of Americans.

MVM, Inc. scored a $136 million federal contract from the Biden administration to facilitate the operation. MVM, Inc. executives, for years, have donated tens of thousands of dollars to Democrats including Sen. Tim Kaine (D-VA) and Bob Menendez (D-NJ).

“You don’t want to be somewhere where the spotlight is there,” an MVM, Inc. employee told an officer with the Westchester County Police Department about why the Biden administration chooses small airports, like the Westchester County Airport, to transport border crossers and illegal aliens. The contractor added:

“You want to try to be as down low as possible. A lot of this is just down low stuff that we don’t tell people because what we don’t want to do is attract attention, we don’t want the media. Like we don’t even know where we’re going when they tell us.”

As Breitbart News has reported, similar Aero Airways flights from the U.S.-Mexico border — packed with border crossers and illegal aliens — have been flown to small airports in eastern Pennsylvania as well as the Jacksonville International Airport in Florida.

“I get the whole secrecy and all that s–t but this is even above my fucking pay grade . . . the fuck, you know what I mean … if this gets out, the government is betraying the American people,” another contractor with MVM, Inc. says in the footage.

The Biden administration doesn’t want media attention on illegal immigration, its open border policies, or the results of those policies. How do we know? A security officer just said so, in an explosive video of secretive, dark-of-night flights transporting illegal immigrants to various points throughout the US.

This video merits coast-to-coast media coverage, not just to expose the administration’s stealth operations that flout the laws, but to encourage Americans and leaders at all levels of government to demand that the administration start protecting our border, our country, and our citizens.

The list of lies administration officials have told regarding their handling of illegal immigration is extensive and still growing. How many times have they refused to call the historic numbers of illegal immigrants crossing the southern border a “crisis” or implausibly claimed the border is “closed”?

……Over the last several months, night flights of illegal migrants have been periodically reported in places such as Florida, New York, Pennsylvania and Tennessee. In each instance, state and local officials received no notice they were coming, let alone given an option to refuse them admission. The administration has no apparent concern with how these “air lifts” may burden local officials with additional costs and facilities capacity in areas such as education, housing, healthcare and law enforcement.

When asked why the administration was flying illegal immigrants in the middle of the night, press secretary Jen Psaki belittled the reporter and then lied. She claimed that the flights were resettling unaccompanied children. Yet videos of these surreptitious flights clearly show full grown adults emerging from the planes. At best, this is lying by omission.

Videos posted this week reveal more lies by the Administration. They show streams of adult males being released in Brownsville and San Antonio, Texas. This reportedly has been occurring since last spring. Some are known to have criminal records, including drunk driving, assault, and drug possession. Yet Biden officials have stated that only family units and unaccompanied alien children are being release, not single adults.

What a worthless motherfucker. Thousands of vets are homeless and need assistance but he wants to give illegal alien foreign nationals  money and free access to benefits over American citizens. Just croak already and save the country.

The real question is, where the fuck are these illegals being taken once they get in? Apparently, many of them are being shipped to New York.

Dear assholes, how about dumping them here?: 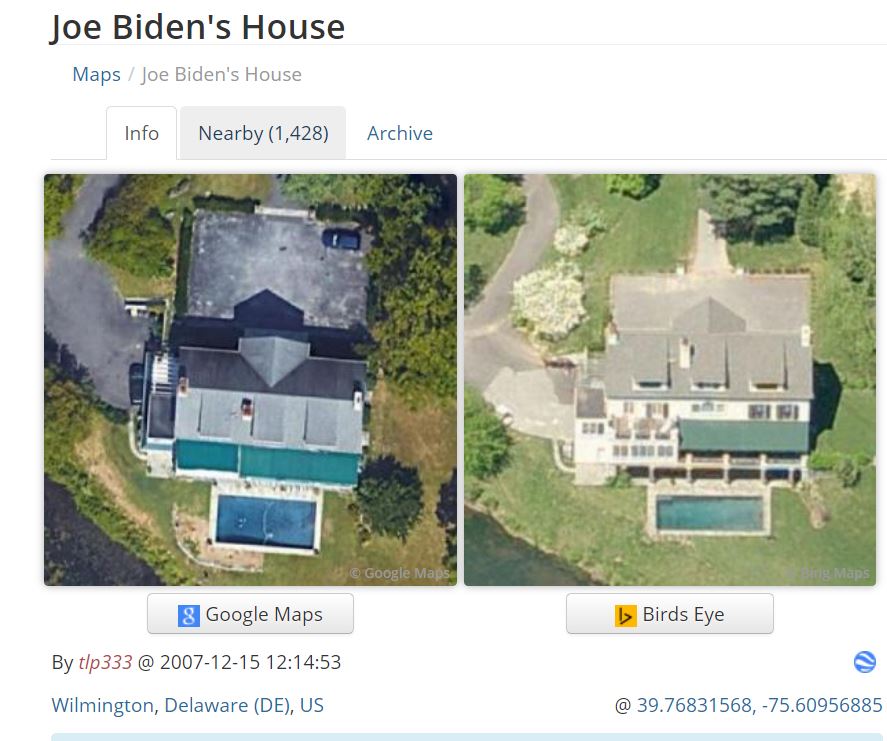 Looks like there’s plenty of room for at a family of at least 15 beaners.