I have a strike force waiting for them if they show up at my house. 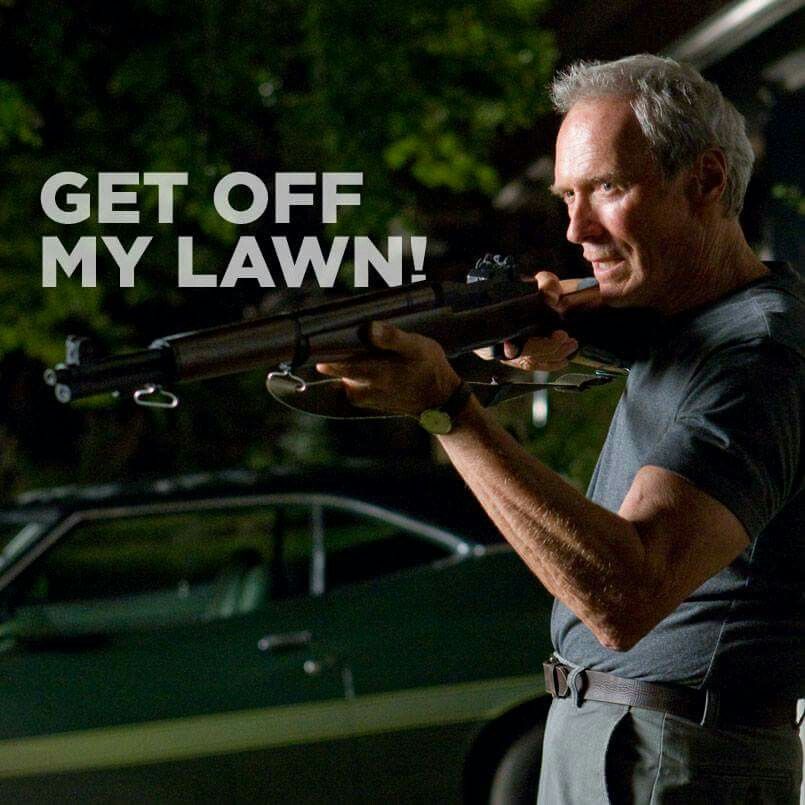 The Biden administration announced on Tuesday that they have launched so-called “strike forces” to go into local communities to assist with vaccination efforts that the administration said would be “door-to-door.”

The announcement comes as the administration failed to meet its goal of having 70% of the country vaccinated by July 4, despite the fact that it took office with multiple vaccines already having been developed under the previous administration.

“So we had set a goal of reaching 70% of adults,” Psaki said as she then shifted the goalposts by claiming that the administration met that goal with “adults 27 and older.”

“We’re continuing to press to reach it and we will in the next couple of weeks for adults over the age of 18,” she continued. “But our work doesn’t stop there and we are going to continue to press to get 12 to 18 year-olds vaccinated, to continue to work with communities where there’s lower vaccination rates. That’s one of the reasons we initiated these strike forces to go into communities and work with them to determine what they need. To take a localized, specific approach that works with elected officials in communities.”

The Police State that was created during the government lockdown has been extended to include a Covid Gestapo knocking at your door. 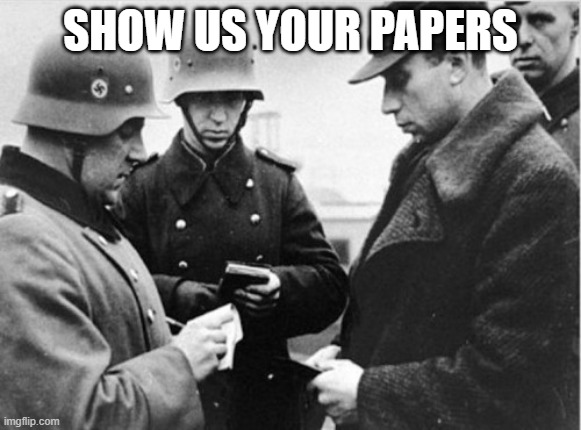 Arizona state senator Wendy Rogers and state representative Mark Finchem are drawing the line in the sand with regards to the door-to-door vaccine gestapo proposed yesterday by the Biden regime.

In his latest ghastly overreach, Biden announced on Tuesday that he will be sending thugs door-to-door in an attempt to coerce more Americans into submitting to the experimental and possibly deadly COVID-19 jab. Finchem and Rogers say that constitutional remedies will be taken to stop this heinously invasive proposal from ever coming to Arizona.

The response to Biden’s jackbooted gesture was not well received: 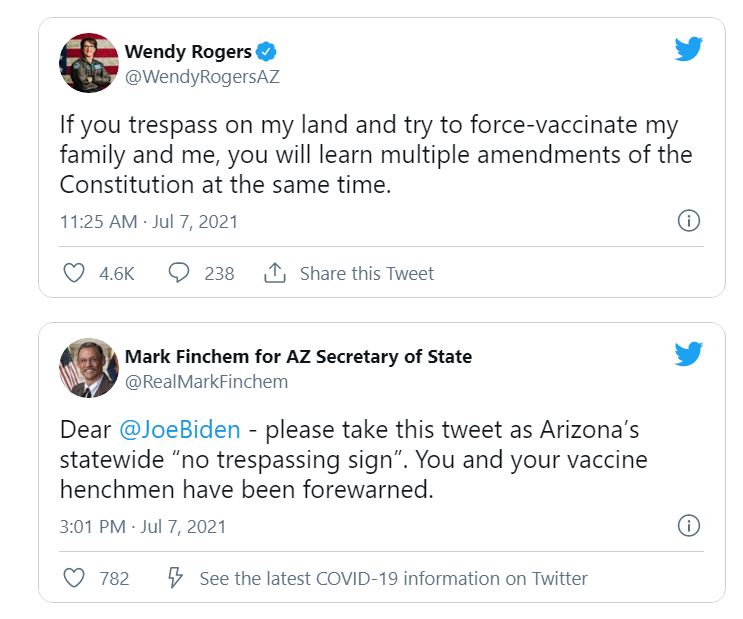 Jen Psaki: We will be going door-to-door to Americans who have not been vaccinated pic.twitter.com/S70VjPojfj

Not every American citizen is on board with the government-concocted vaccine anymore than they were with the scamdemic.

Instead of pushing hysteria, use common sense and evidence.

Covid has been around for years. This particular strain was genetically modified in Wuhan. If you were exposed and have a normal immune system without underlying health issues, you’ll recover. I did.

One round of polio, smallpox and MMR shots are sufficient to provide immunity.  2, 3. 4, and 5 rounds? No fucking way.
I don’t take annual flu shots because there’s no way you can be inoculated against the thousands of stains out there and your body does a pretty good job fighting off viruses on its own.  I won’t take an HPV shot – which has been proven to be both ineffective and dangerous.  As for COVID and any other ‘variant’ they come up with, I refuse to be a guinea pig  in the world’s largest unregulated experiment of a vaccine without precedent.

I trust my immune system. Pfizer, Novartis, J&J, Moderna et al, not so much.