Instead of concerning itself with the Americans still trapped in Afghanistan, with China’s aggression toward Taiwan or with Iran’s looming nuclear capabilities, the State Department has decided to focus on so-called “gender pronouns.”

In a tweet posted Wednesday, the U.S. government agency tasked with leading America’s foreign policy celebrated so-called “International Pronouns Day,” which for all intents and purposes appears to be a fake holiday, by providing the reasons why people (mainly Americans) use so-called “gender pronouns.”

The tweet specifically linked to an article on a State Department website about these apparently important pronouns. 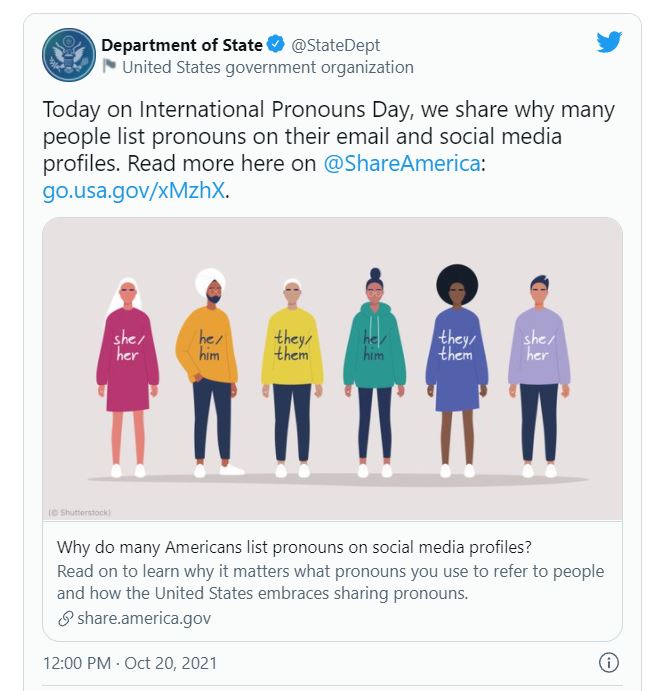 As of Thursday afternoon, the tweet boasted only about 800 likes but over 6,000 negative retweets and 15,000 negative comments, making it perhaps one of the most ratioed tweets in Twitter history.

Here’s a small sample of the backlash and mockery that ensued: 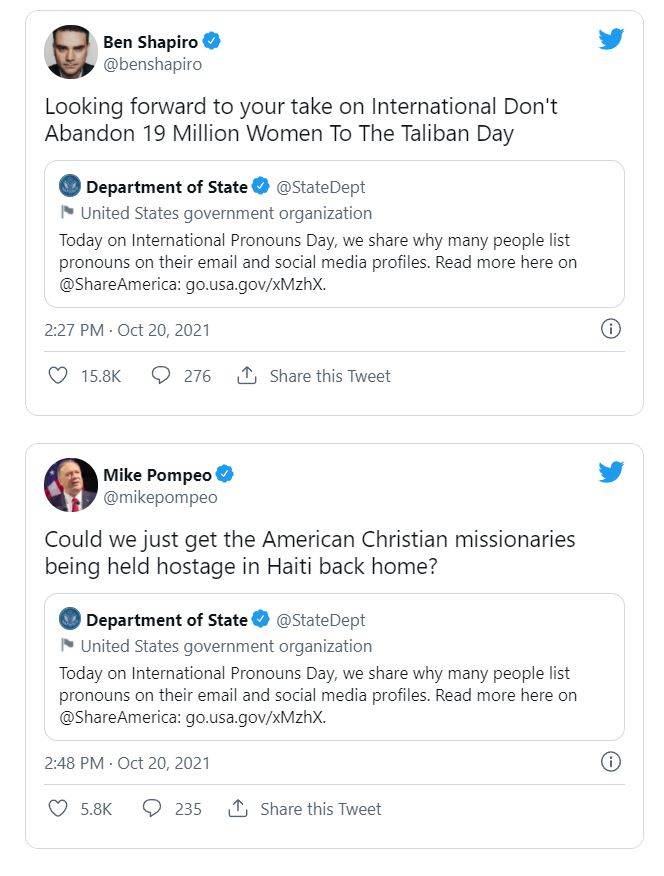 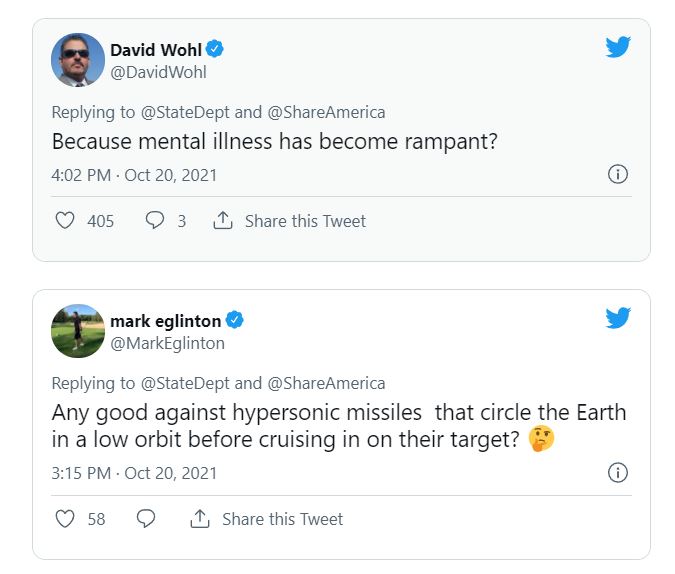 Currently in charge of the department is Antony Blinken, a “woke” man himself who gleefully announced over the summer that Americans applying for a passport will soon be able to choose from a slew of genders, including “non-binary,” which isn’t real; “gender non-conforming,” which isn’t real; and intersex, which is a legitimate medical condition.

……And of course, the secretary of state works under a White House whose own website features these fictional pronouns.

Blinken was the useless waste of skin who represented the U.S, during the summit with the ChiComs in Alaska and got his ass handed to him.

While the Biden regime and the military are busy getting “woke” the ChiComs have become the primary threat to the West, and Afghanistan is once again an operating base for Islamic terrorists.