They don’t bother to hide their Communist agenda anymore. This is the kind of excrement that fits in with the Biden regime.

More damning information about President Joe Biden’s nominee to a key Treasury post, Saule Omarova, continues to be unearthed as she awaits a Senate confirmation hearing– and the latest revelation exposes her vision of a “systematic democratization of finance,” also known as eliminating private banks, to instead allow the Federal Reserve to control all bank accounts.

“Imagine, what would it be like if, instead of just the public option for deposit banking, this would be the full transition, in other words, there will be no more private banking,” Omarova, nominee for head the Office of the Comptroller of the Currency (OCC), said in a video.

“For example, with the much more direct and proactive tools of monetary policy like helicopter money, which is, you know, considered radical, primarily because economists do not know how to manage the issue of what will happen in the inflationary environment when the Central Bank needs to contract the supply of money,” Biden’s nominee continued.

Omarova then posited over how the Fed would take money away from people’s accounts to deal with inflation.

“How is it politically feasible for the Central Bank to effectively take money away from people’s accounts?” she asked.

The answer for many who reacted online is that it simply is not feasible. 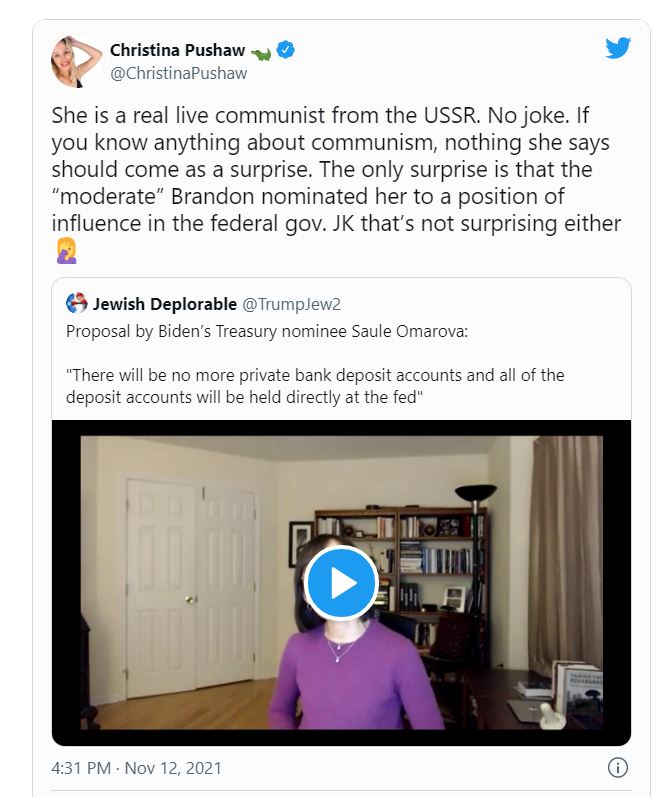 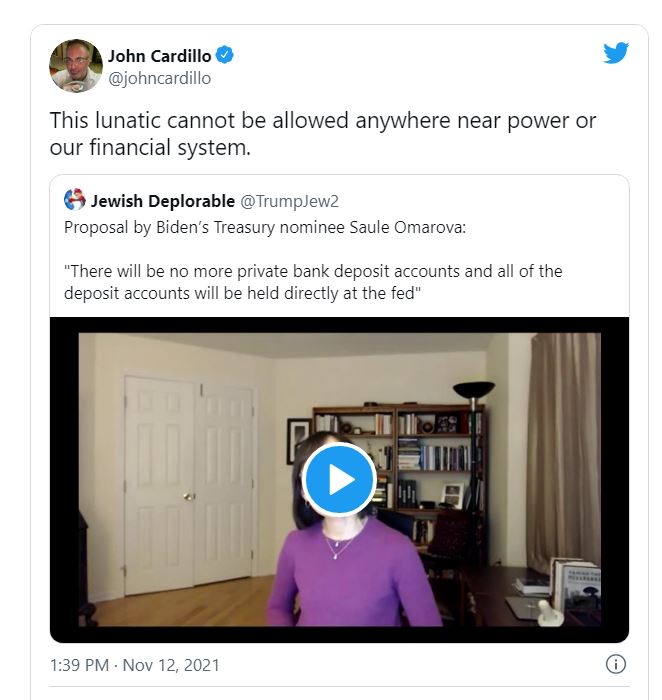 In an October 2020 paper titled “The People’s Ledger,” Omarova outlined her plan for “reshaping the basic architecture and dynamics of modern finance” that will “‘end banking,’ as we know it,” according to earlier reports.

In the paper, Omarova argues for a “systematic democratization of finance” in which American citizens have government bank accounts that would “fully replace—rather than compete with—private bank deposits.”

This is far from the first time Biden’s nominee has come under fire for her radical positions.

Omarova went on the record at a May roundtable, publicly supporting policies that allow the government to pick industry winners and losers through heavy-handed mandates, particularly when it comes to climate change.

This tyrannical Kazakh Soviet bitch needs to be shipped to China where she can push all the centralized autocracy she wants.