Liberals and black radical assholes always bring the haterade when they want to show ‘tolerance’.

NFL legend and former San Francisco 49ers wide receiver was trending on Twitter early Tuesday morning for this tweet on Colin Kaepernick and his refusal to stand during the National Anthem:

“All lives matter” AND an anti-Kaepernick message? Watch out, Jerry, because here comes the hate (we only included tweets from verified users, but the replies from everyone else are even worse):

Like charging a cop like a linebacker, after you’ve attacked a store clerk trying to stop you from stealing.

It’s like knee-jerk clockwork with these shitbags. Disagree with them and they’re off on a racist tirade that would make the Democrat-founded KKK very proud.  They defend Kaepernick’s  ‘right to protest’ yet attack when someone else has an opinion that differs from their own. It’s standard bullshit. 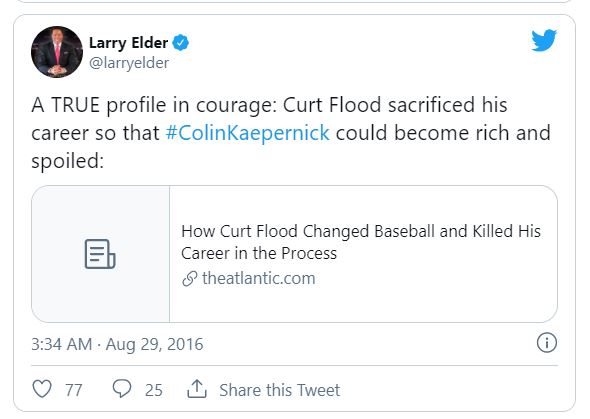 And of course, the lowlife snipes came crawling out of the gutter: 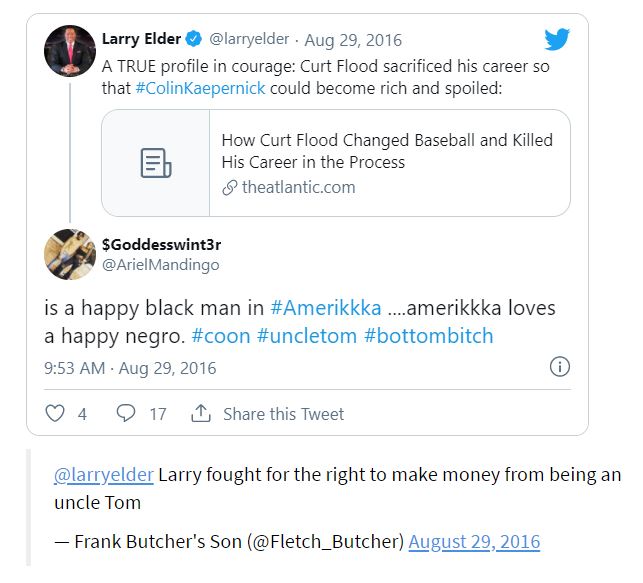 Kaepernick refused to stand for the national anthem because of “racism” and “oppression”.  That’s pretty fucking strange coming from someone who is filthy rich, and who was adopted by a WHITE family because his BLACK father and white mother abandoned him. Yeah, he’s half white. Like B. Hussein Obama. People tend to focus only on the ‘black’ half when it’s convenient.

FYI: More whites than blacks are killed by police every year, but that doesn’t get any attention. The only “lives that matter” are the ones that Al Sharpton can exploit for political gain.

And of course, Barky, the most racially divisive shitbag ever to occupy the White House, gives his two cents, ranting about ‘gun control’ instead of mentioning the race and motivation of the murderous motherfuckers who gunned down cops.

On that note, he’ll attend the funerals of black criminals; assassinated white cops, not so much.

Militant blacks bring the racist haterade whenever a black conservative speaks their mind and dares to step off the DemProg plantation.

DemProg excrement in the media, academic intelligentsia, and the political arena, really hate black conservatives for refusing to tow the party line. They spew misogynist hatred at female Republicans, fling racial slurs at black and white Republican/Tea Party members, and hurl psychotic death wishes at all three for good measure.