It’s all fun and games until the ‘revolution’ you want comes looking for you.

A former ESPN writer is being called a hypocrite for urging rioters to burn down the inner city, then chastising them when they attacked his neighborhood.

On Thursday, the former ESPN basketball reporter, Chris Palmer, was seen gleefully posting about the confrontations occurring in Minneapolis by rioters claiming to be infuriated by the police-involved death of George Floyd. At one point, Palmer posted a tweet featuring a burning building that he captioned, “Burn that sh*t down. Burn it all down.”

But just over two days later, early on Sunday morning, Palmer posted a tweet excoriating the rioters for attacking a “gated community” near where he lived.

“They just attacked our sister community down the street,” Palmer wrote just after midnight on Sunday. “It’s a gated community and they tried to climb the gates. They had to beat them back. Then destroyed a Starbucks and are now in front of my building.” 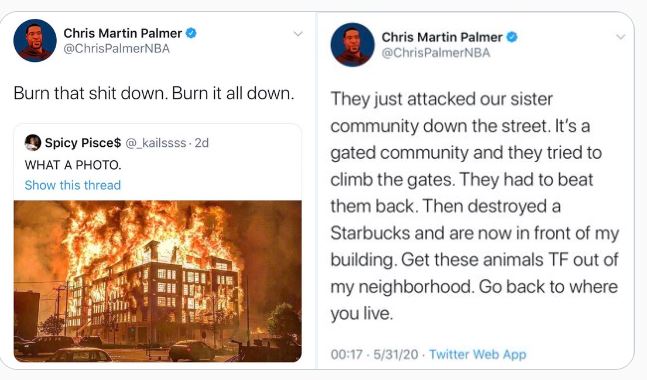 As long as the thugs he advocates keep the violence in their own ‘hoods: 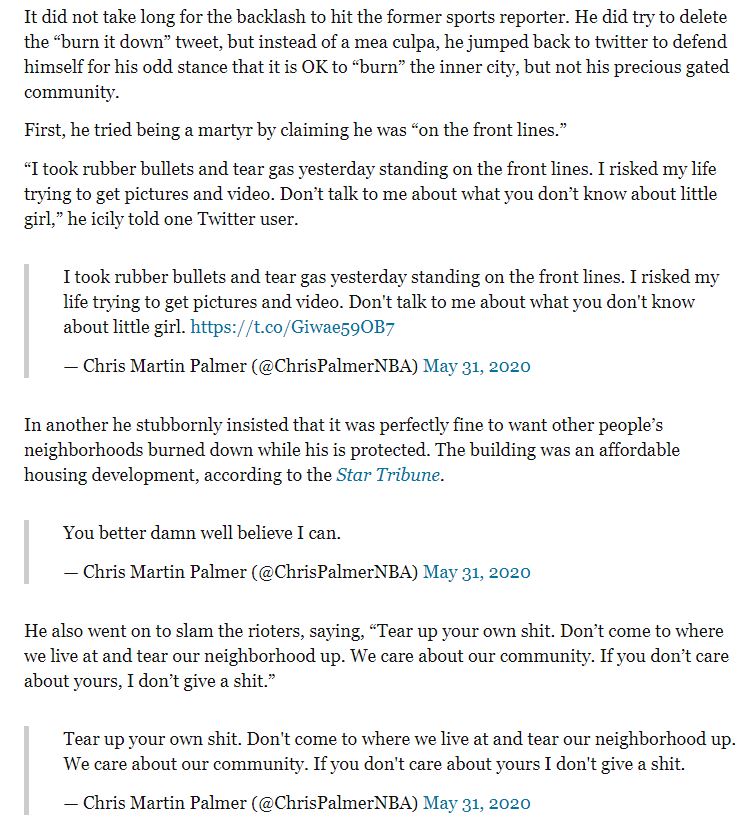 Bottom line: The hypocritical motherfucker doesn’t like getting a taste of the violence he encouraged.

Suck it up, nigga. And I hope they burn down your shit.