Biden’s strong-arm bribery not only abetted his son but also helped Burisma get influence in the government.

The Burisma Holdings executive who reportedly met with Joe Biden and his son Hunter in 2015 subsequently pitched the Obama administration’s foreign aid agency for business a year later, even as the Ukrainian gas company remained under a cloud of corruption suspicion, according to State Department memos obtained by Just the News.

The November 2016 meeting between Burisma’s Vadym Pozharskyi and USAID officials came as the Ukrainian gas firm where Hunter Biden worked as a highly compensated board member was scrambling to settle corruption allegations in Ukraine before Donald Trump became president and Joe Biden left office, according to the memos released under the Freedom of Information Act.

Pozharskyi’s contact with USAID officials was flagged in a Dec. 8, 2016 memo to U.S. Ambassador Marie Yovanovitch, then the top American diplomat in Ukraine, as she prepared herself to meet with representatives of a Democratic firm named Blue Star Strategies that was leading Burisma’s campaign to end the corruption probes in Ukraine.

Under the heading “WATCH OUT FOR,” Yovanovitch’s team recounted to the ambassador how Burisma had previously participated in a clean energy program with USAID before the embassy canceled the partnership because of the firm’s reputation for corruption.

“Subsequently, USAID spoke to Blue Star Strategies representative Sally Painter by phone and indicated that we would be open to discussing other forms of cooperation between USAID and Burisma and agreed to meet with Burisma government and public affairs representative Vadym Pozharskyi,” the memo read. 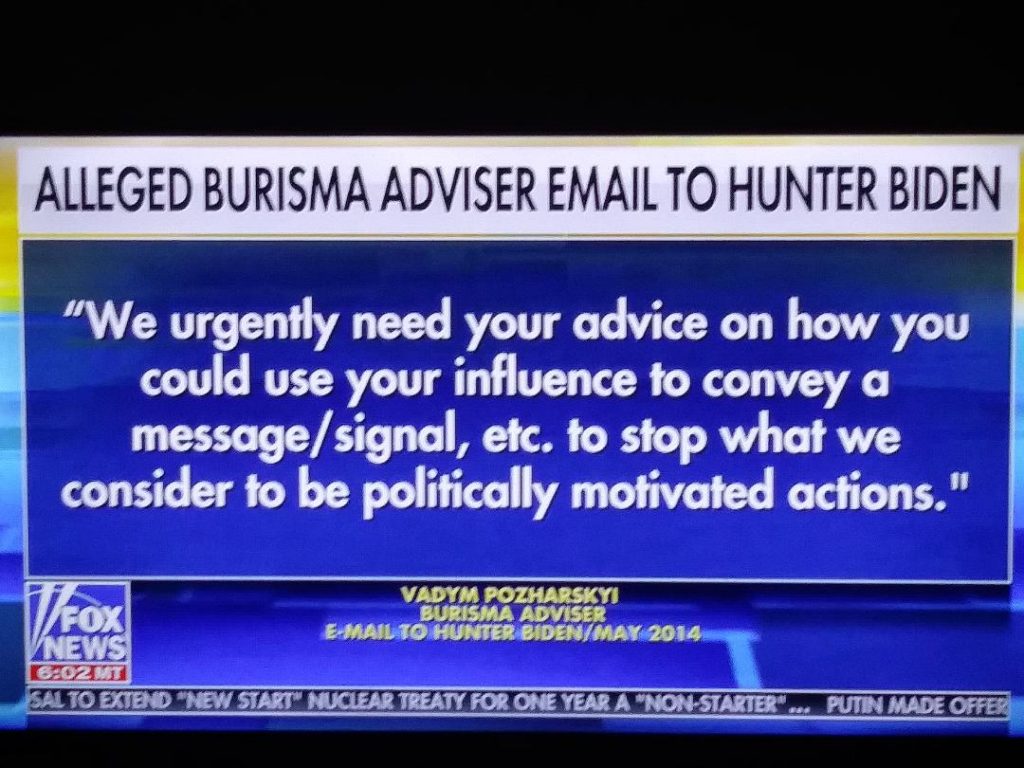 The Biden’s corrupt deals with Ukraine were a cash cow.