For years now The Gateway Pundit has reported on the attempted coup against President Trump and his administration. We now know that this coup was real and involved several intelligence officials as well as the Hillary Clinton Campaign, Barack Obama, Joe Biden with the undying support from the fake news mainstream media.

Now they are caught.

Any other human being would have folded under the pressure. Not President Donald Trump. He was harassed, attacked and smeared his entire presidency by thousands of Democrats and the far left media complex. But he never folded. He excelled with record economic numbers, historic peace deals, a secure border, and an America-First foreign policy.

Now there is more evidence that the US intel community and Democrat politicians targeted president Trump after he was elected and while he was in office.

CIA notes of the Sussman meeting confirm that the intel community and Democrats were targeting and spying on President Trump after he was in office.

These people need to be charged and face trial. We either have a country or we don’t. 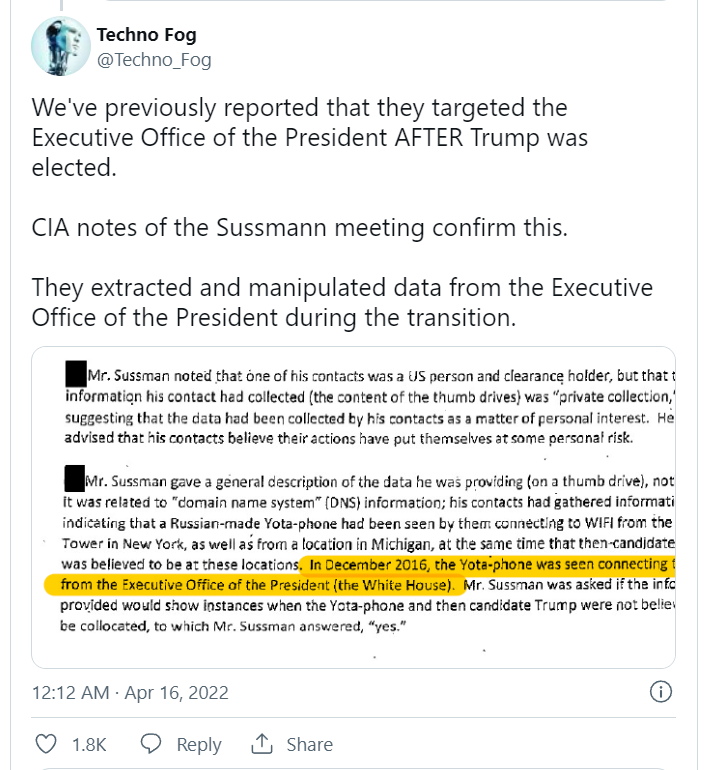 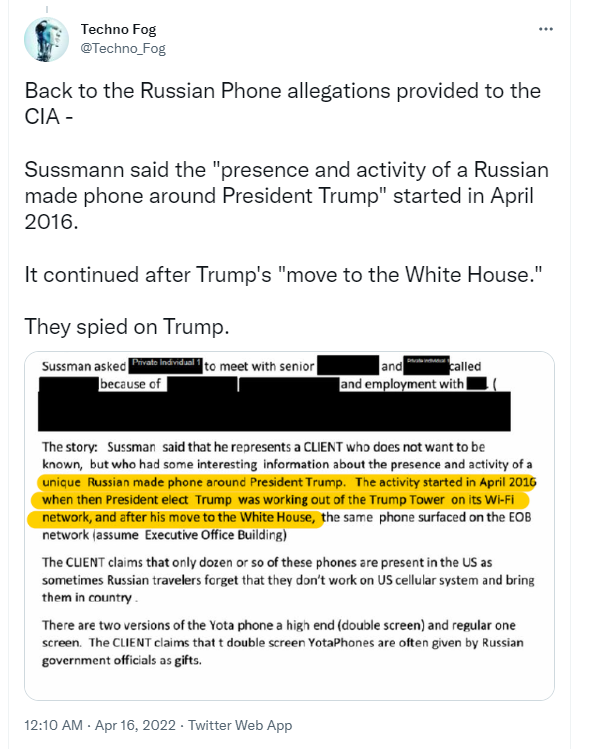 Eric Ciaramella – the CIA analyst who posed as a “whistleblower” for the Dems’ sham impeachment–discussed a coup attempt against President Trump with Dem operative Sean Misko.

Corrupt former FBI agents Peter Strzok and Lisa Page referred to him as  a “CI guy” in the White House.

The coup plot went all the way to the Obama regime’s Oval Office.

A clique of political insiders—including members of the DOJ , FBI , and the CIA—conspired in acts of sedition.