Most of the time the Progressive or Parody? conundrum is unintentional. But a relatively new group called Citizens for Sanity intentionally is playing this game to great political effect, mocking woke policies on gender and immigration through billboards and advertisements:

“Citizens for Sanity’s mission is to return common sense to America, to highlight the importance of logic and reason, and to defeat “wokeism” and anti-critical thinking ideologies that have permeated every sector of our country and threaten the very freedoms that are foundational to the American Dream.” 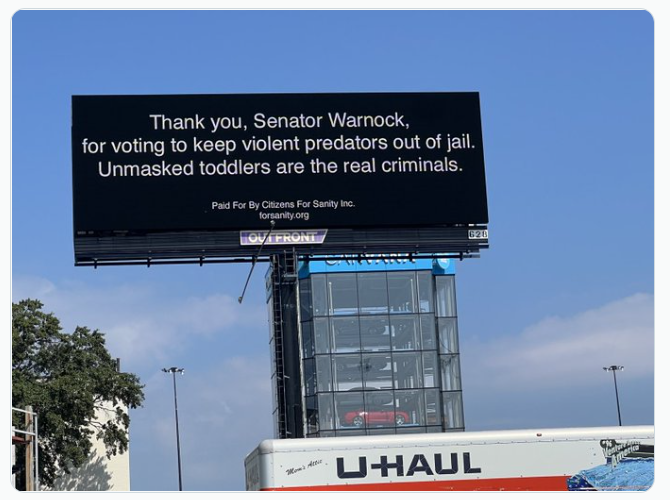 A reader sent me a photo of this ad that ran in The Providence Journal mocking liberal Martha’s Vineyard. 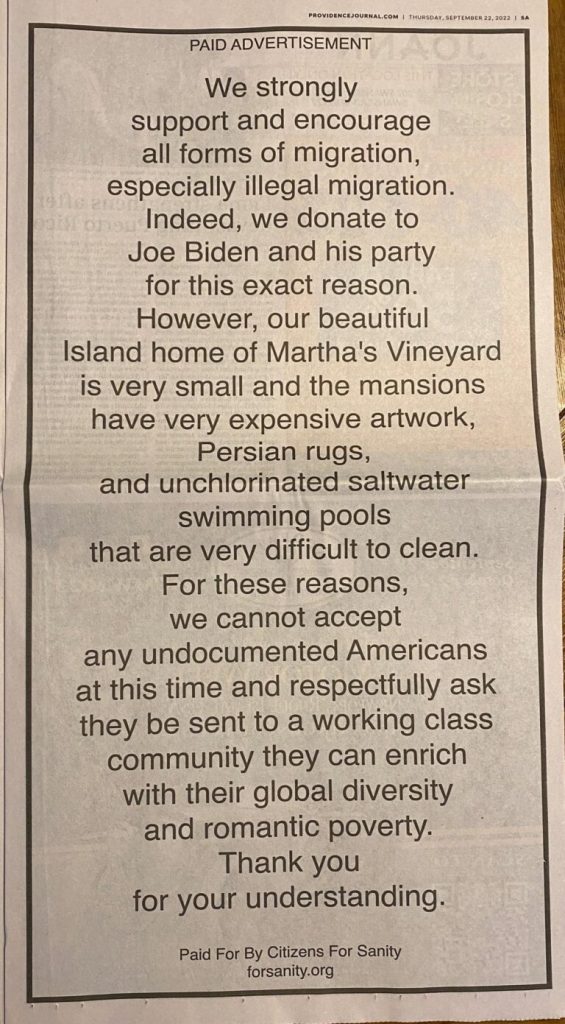 Their website has a whole collection of classic parodies which stand no chance against leftwing woke reality.