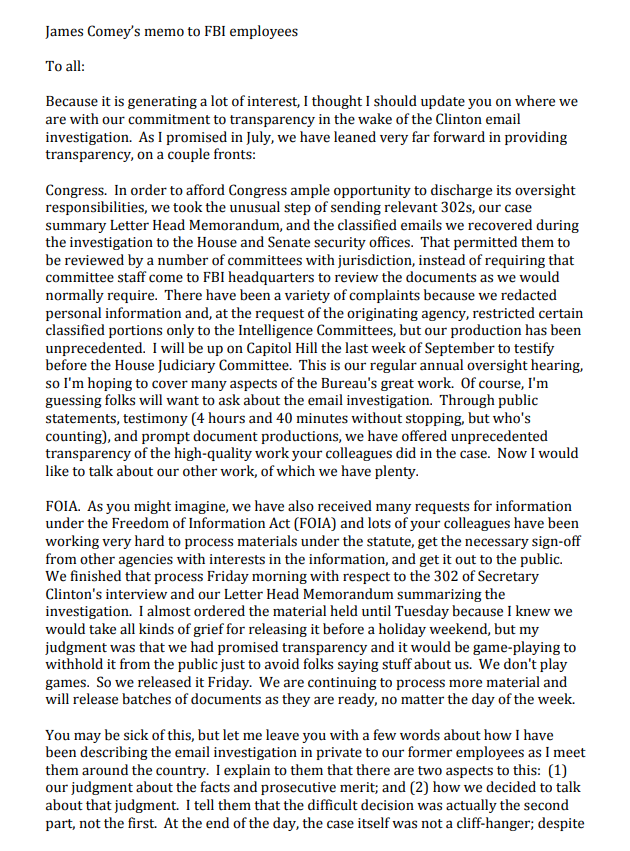 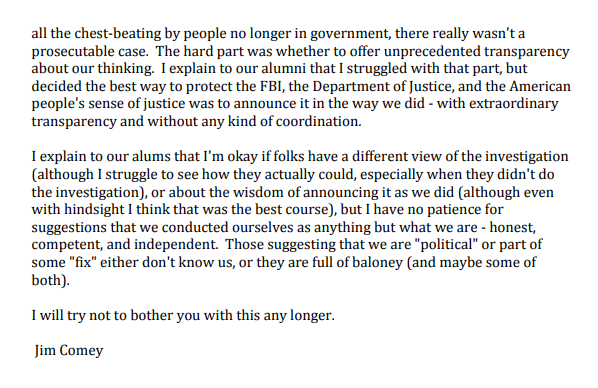 How far up Hillary’s ass are you? I was in Intel for the bulk of my Army service and had I done a fraction of what she did, I would have been court martialed, dishonorably discharged, and thrown in Leavenworth.

You don’t play games??  ‘Honest’, competent’, ‘independent’?  These feckless statements are coming from a tool who has accommodated the Clintons for quite some time.

She stored and transmitted classified documents on an unsecure, illegal, unauthorized server, and lied about it before Congress.

She deliberately had the classified markings removed.

Hillary has violated every security regulation in the fucking book.  She and her staff knew what they were doing was illegal, so they deleted thousands of emails in an attempt to cover their tracks.

In addition: When Hildabeast was Secretary of State, the Clinton Foundation peddled influence and favors in return for millions of dollars in foreign donations; some of which came from governments, organizations, and individuals with some pretty nasty track records on human rights and terrorism.

She also awarded a securities trader a top spot on an intelligence panel after he donated to the foundation.

Her email server scandal continues to grow without any real prosecution for her blatant security violations and law breaking.

All this corruption and crime is in full view of the public. The FIX was in a while ago.  Your own agents were told that it was “common knowledge” at State that she used private email. Agents further quote her as saying she “could not recall anyone raising concerns with her regarding the sensitivity of the information she received at her email address.” And:

The inspector general’s report notes that when two IT officers expressed their concern in 2010 that her private email system meant federal records were not being preserved, they were told “never to speak of the Secretary’s personal email system again.” As a result, when the American people finally learned about Mrs. Clinton’s use of private email for public business, it wasn’t because of a functioning civil service. It was because of a hacker.

Hillary and Bubba’s criminal activity goes all the way back to their days in Arkansas.

Your dismissive bullshit is further proof that agencies tasked with upholding the law are infected with malfeasance, likewise the Obama regime, and consider themselves to be untouchable.

You know it’s bad when foreign hackers come up with more documents than you’re willing to release.

You didn’t just cover up, you conspired.

You’re the quintessential corrupt bureaucrat. But then, laws are for little people.