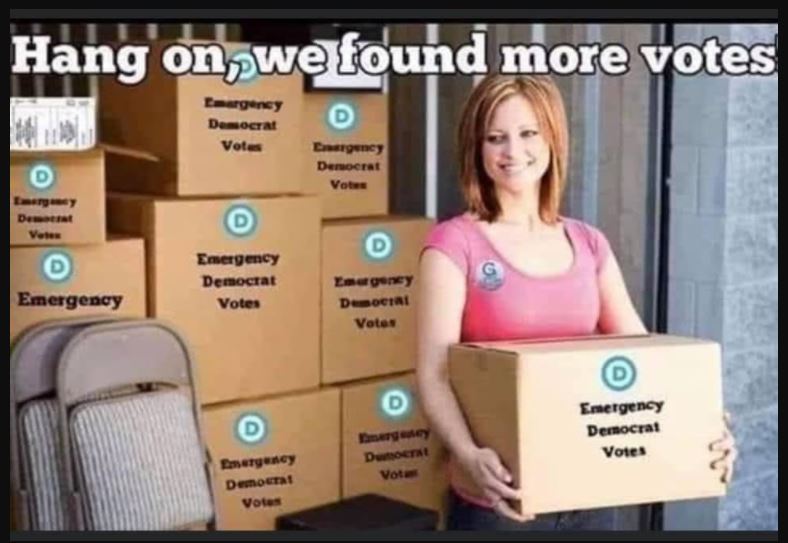 They hate President Trump and this country so much that they will cheat, steal, tamper with ballots, and commit fraud to get into office.

“We have put together, I think, the most extensive and inclusive voter fraud organization in the history of American politics”– Joe Biden

Just some of the crimes being committed on behalf of Biden:

Postal Employee Arrested At US/Canada Border For Stealing Mail-In Ballots
A West Seneca postal worker is accused of stealing or not delivering mail including absentee ballots and political mailers, according to a criminal complaint.
According to the complaint, on November 3rd, the United States Postal Service Office of the Inspector General (OIG) received notification from the National Law Enforcement Communications Center of possible USPS employee misconduct.
At around 7:30 p.m. Tuesday, United States Customs and Border Protection (CBP) Officers encountered Brandon Wilson at the Peace Bridge Port of Entry in Buffalo.
Following a standard CBP vehicle sweep, Wilson opened the trunk of his car, where CBP officers found multiple pieces of mail along with a USPS box.

Mail-In Ballots Appear In Late-Night Sweep Of Pennsylvania Voting Sites
On Tuesday, federal district Judge Emmet Sullivan ordered the agency to conduct a sweep of processing centers in some of the areas hardest hit by the slowdown. The USPS said inspectors worked into the night Tuesday at 27 facilities nationwide, including the one at Crooked Hill Road in Susquehanna Township, but could not meet the judge’s earlier deadline.
n a written statement filed with the court, a postal inspector said 10 delayed ballots were discovered at a Lancaster processing center and another three were found at a facility in Johnstown. All were referred to management to delivery.
It’s unclear where those ballots are now.
Those were the only missing ballots discovered during the sweeps Tuesday night, according to the inspector. They came after the USPS blew through the court’s 3 p.m. deadline, citing issues with staffing an already planned sweep for election night.

Nearly 1,000 Mail-In Ballots Appear In Polling Site Search
After a federal judge ordered another sweep of United States Postal Service facilities in Texas for Wednesday afternoon, 815 mail-in ballots were recovered, according to the Texas Tribune.
The additional sweep was to check for any outstanding mail-in ballots that could be eligible for counting. Any ballots postmarked on or before Election Day can be counted, if they are received by 5 p.m. the following day.
U.S. District Judge Emmet Sullivan first instructed USPS to conduct searches at 27 facilities in several battleground states by Tuesday afternoon. The agency said it could not complete the judge’s order under his timeframe but noted it had already conducted morning checks at processing hubs and planned another check before polling places closed on Tuesday.

Sheriff Who Refused Ballot Count Oversight Suddenly Deletes Pics w/ Biden
Philadelphia Sheriff Rochelle Bilal shared a post captioned “Me with Vice President Biden” on October 31st, 2019 to Facebook.
Now, however, she has removed the photo, with a Facebook banner noting she either “changed who can see it or it’s been deleted.”

Stolen Ballots Discovered Hidden Under Rock On Side Of The Road In Arizona
The Attorney General’s Office and the Glendale Police Department have returned more than a dozen stolen ballots back to Glendale voters.
Last Friday, a worker located a stack of unopened mail-in ballots hidden under a rock located off 99th and Glendale avenues. That worker then notified Glendale police.
When officers arrived at the scene, they found 18 ballots on the side of the road. Police say those ballots had been stolen from individual mailboxes in a neighborhood just south of 107th and Northern avenues (in between Vista Avenue and Kaler Drive). The envelopes were still sealed.

As many as 6,000 illegal votes identified in Nevada: 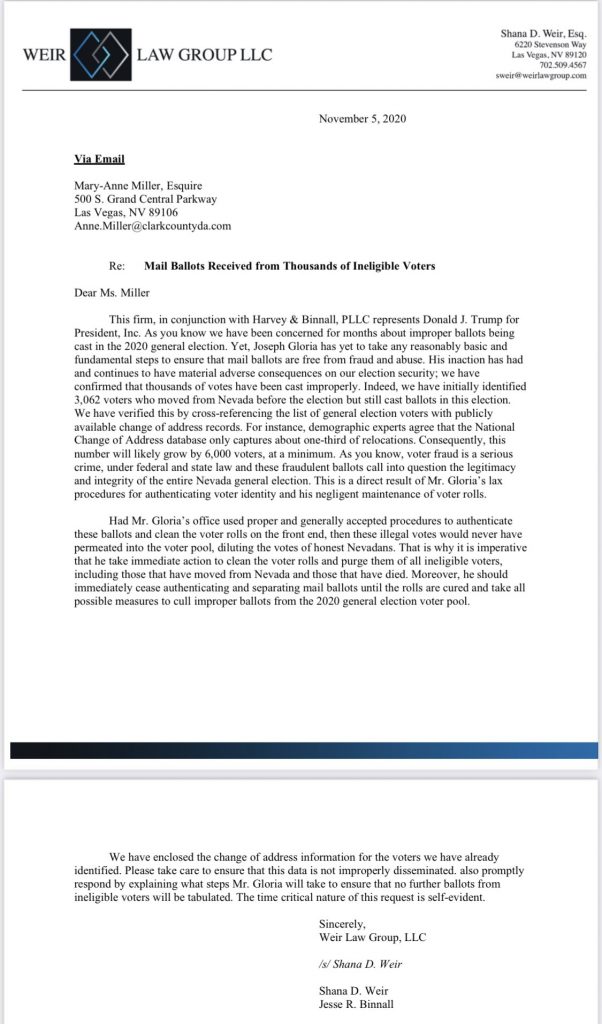 Michigan US Postal worker reveals directive from superiors: Back-date late mail-In ballots as received November 3rd, 2020 so they are accepted.

“Separate them from standard letter mail so they can hand stamp them with YESTERDAY'S DATE & put them through"#MailFraud pic.twitter.com/n7AcNwpq80

Some little punk who described himself as a Dem Party worker bragged about ‘throwing out thousands of ballots’: 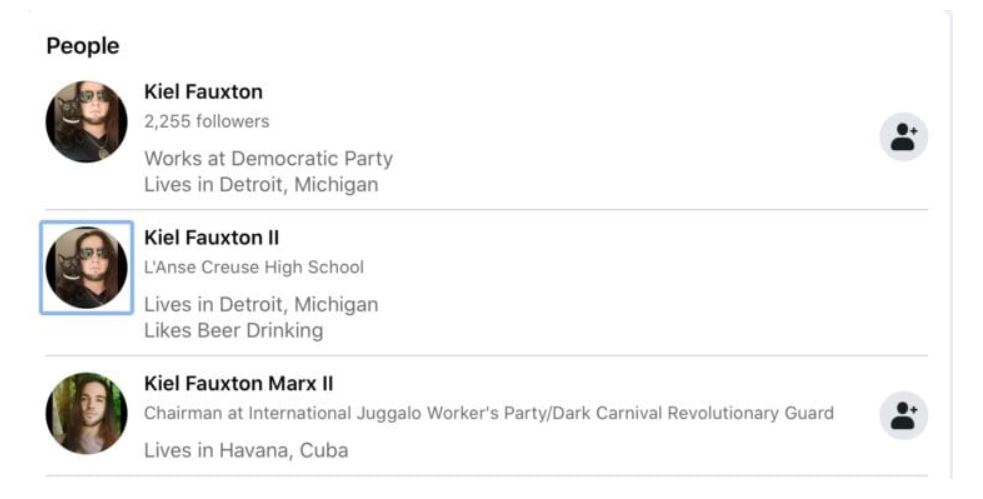 Kiel Fauxton, who lists “Detroit, MI” as his residence on Facebook, also lists the “Democratic Party” as his employer on at least one of his Facebook pages. 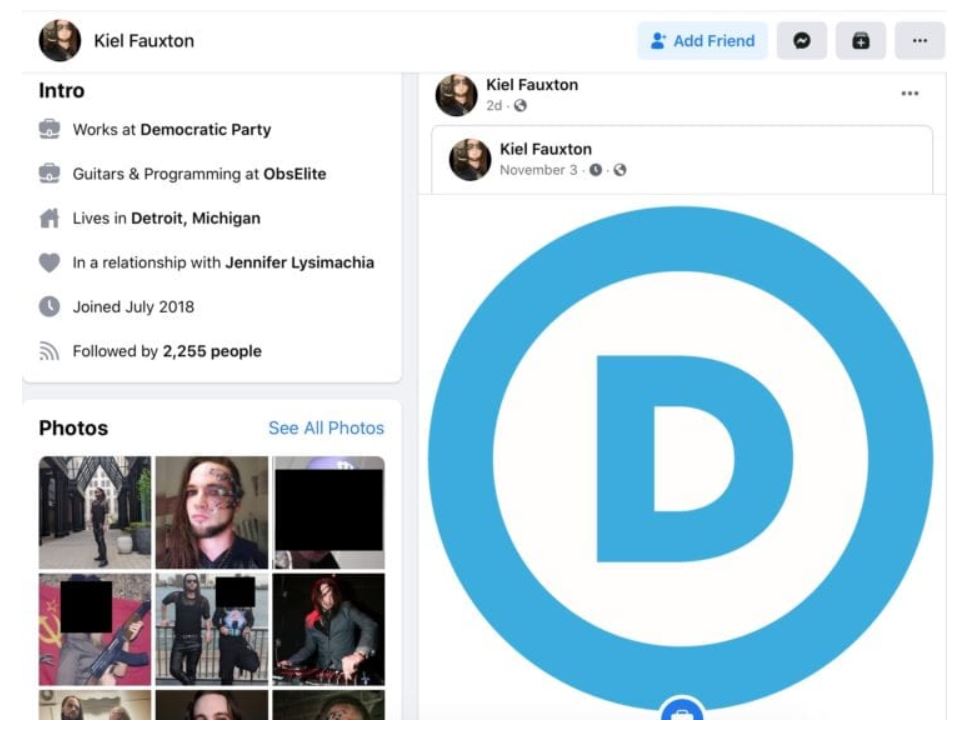 100 Percent Fed Up reports – Two days ago, Fauxton made fun of people who expressed concern over an alarming message he posted on one of his Facebook pages: “Time to come clean. I work for Wayne County, MI, and I threw out every Trump ballot I saw. Tens of thousands of them, and so did my coworkers…”

We cannot confirm the authenticity of his claim, but we can confirm that after Fauxton’s message started to circulate on Facebook, two of his three accounts went missing. The original message we got on Facebook when we clicked on his account said that the content isn’t available, but now two of his accounts, including the one where he bragged about stealing Trump ballots,  have disappeared. The account that lists Fauxton as a Cuban resident is still active.

This is his real information: 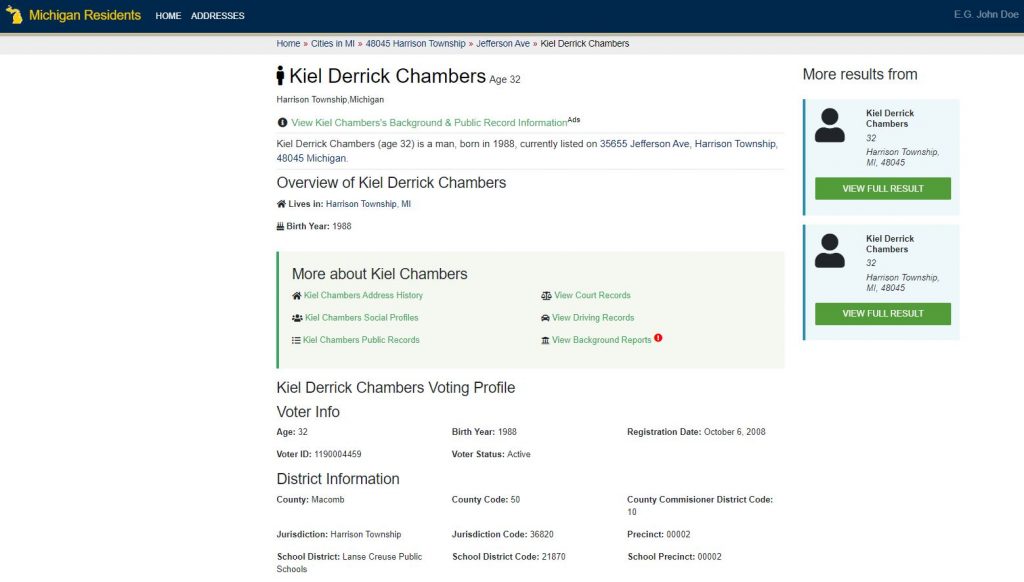 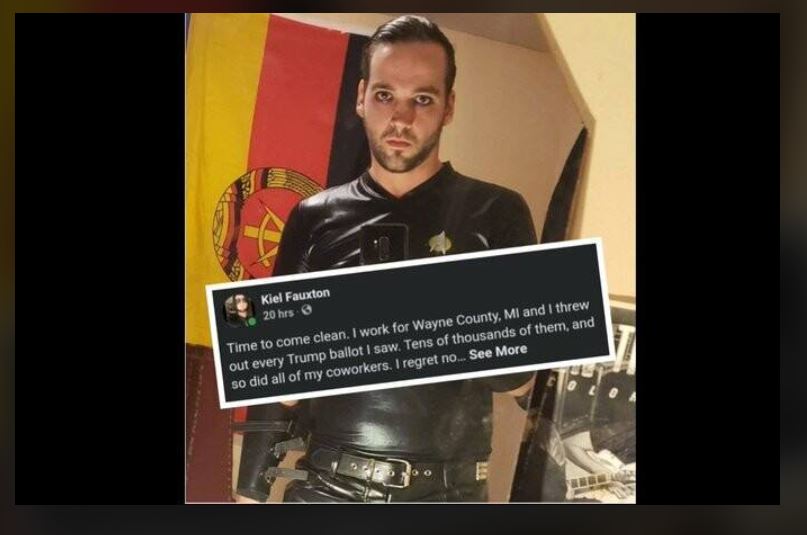 What a fucking fag. He looks like he hangs out at the local leather bar.

Ken Blackwell has written an extensive article about how the Dems pulled off the biggest election heist in history.

Georgia secretary of state said there were under 25K uncounted ballots remaining. Now his office claims there are over 60K.

Thousands of Dead People and Non-Residents Voted in Nevada

TENS OF THOUSANDS OF BALLOTS Dropped Off in USPS Boxes at Detroit Absentee Ballot Processing Center at 3:30 AM After Election

Last but not least: Dominion is a computer voting system with a multitude of flaws.  They have unexplained computer “glitches” that mysteriously took votes from President Trump in many states and gave those votes to Joe Biden or erased the votes completely.  Their software can permit staff to manually adjust ballot returns during the counting process.

All of this is probably the tip of the Dem voter fraud iceberg.