FBI says IRAN is responsible for fake ‘Proud Boys’ emails threatening Democrat voters to vote for Trump ‘in an effort to hurt the president’ and says that Russia is also interfering in voter registration.

The emails were reported by residents in Alaska, Arizona, Florida and Pennsylvania  – all but Alaska are highly contested states for the election.

They appeared to have been sent to registered voters in the states using ‘voter files’ and other digital databases.

‘(Insert name) we are in possession of all of your information,’ the concerning email reads. ‘You are currently registered Democrat and we know this because we have gained access to the entire voting infrastructure.’

‘You will vote for Trump or we will come after you. Change your party affiliation to Republican to let us know you received our message and will comply. We will know which candidate you voted for. I would take this seriously if I were you.’

The FBI announced the findings in an impromptu press conference Wednesday evening.

Well. looks like the RINO idiots at The Lincoln Project were among the Iranian tools: 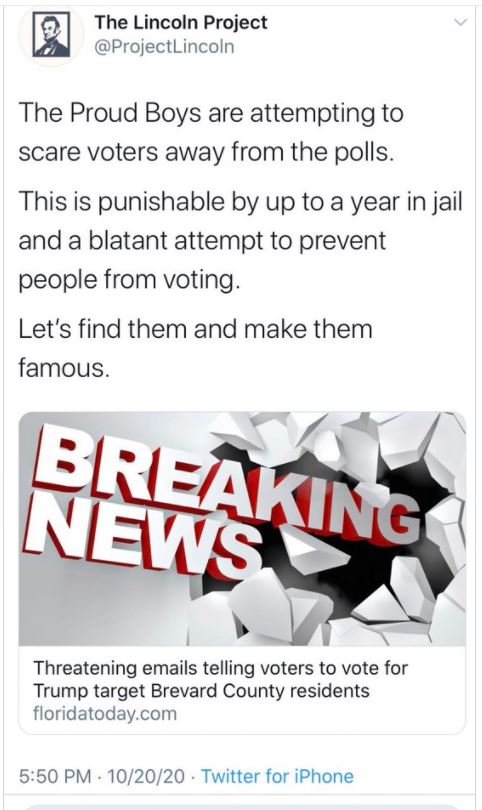 Russia and Iran are attempting to influence the 2020 elections and have obtained some voter registration information, Director of National Intelligence John Ratcliffe said at an FBI press conference on Wednesday.

Ratcliffe noted that both nations had taken specific actions to influence voters’ opinions. He noted that the registration information they obtained could be used to confuse voters through false communication.

The interference that’s been discovered, Ratcliffe said, has been designed to incite social unrest and damage the president.

“This data can be used by foreign actors to attempt to communicate false information to registered voters that they hope will cause confusion, sew chaos, and undermine your confidence in American democracy,” he said. “To that end, we have already seen Iran sending spoofed emails designed to intimidate voters, incite social unrest, and damage President Trump. You may have seen some reporting on this in the last 24 hours or you may have even been one of the recipients of those emails.” 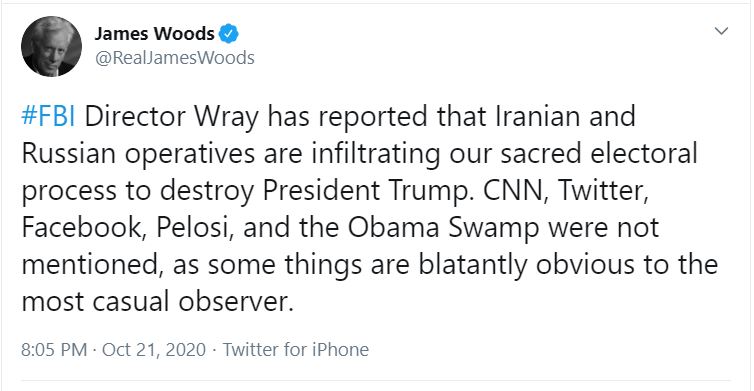 American media and Democrat activists helped Iran to run a disinformation campaign aimed at making it look like right wing Proud Boys were threatening Democrat voters. As the US Dir of National Intelligence said, Iran ran this operation to hurt Trump. Our media helped them do it. pic.twitter.com/dyI66aqr0f

By the way: John Weaver, a co-founder of the Lincoln Project, was registered as a Russian agent: 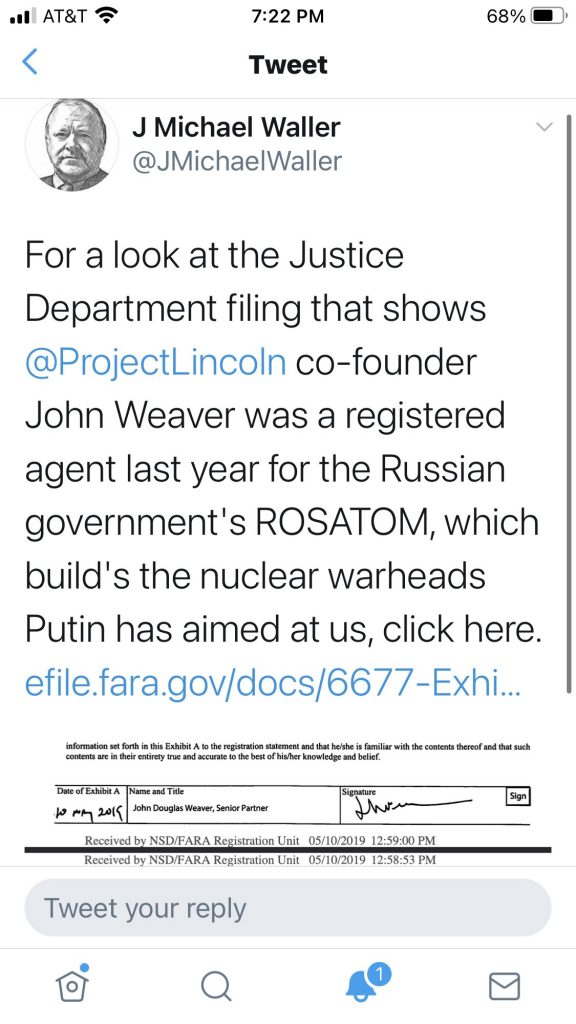 A more ominous attempt at election interference was orchestrated by Hillary and the Obama regime in 2016.

When will the DOJ investigate, indict, and prosecute?