Chris Wray and his gang of despots think America’s founders were terrorists and the constitution was their manifesto.

Project Veritas released a newly leaked document today provided by an FBI whistleblower, which shows how the Bureau classifies American citizens it deems to be potential “Militia Violent Extremists” [MVEs].

In the document, the FBI cites symbols, images, phrases, events, and individuals that agents should look out for when identifying alleged domestic terrorists. 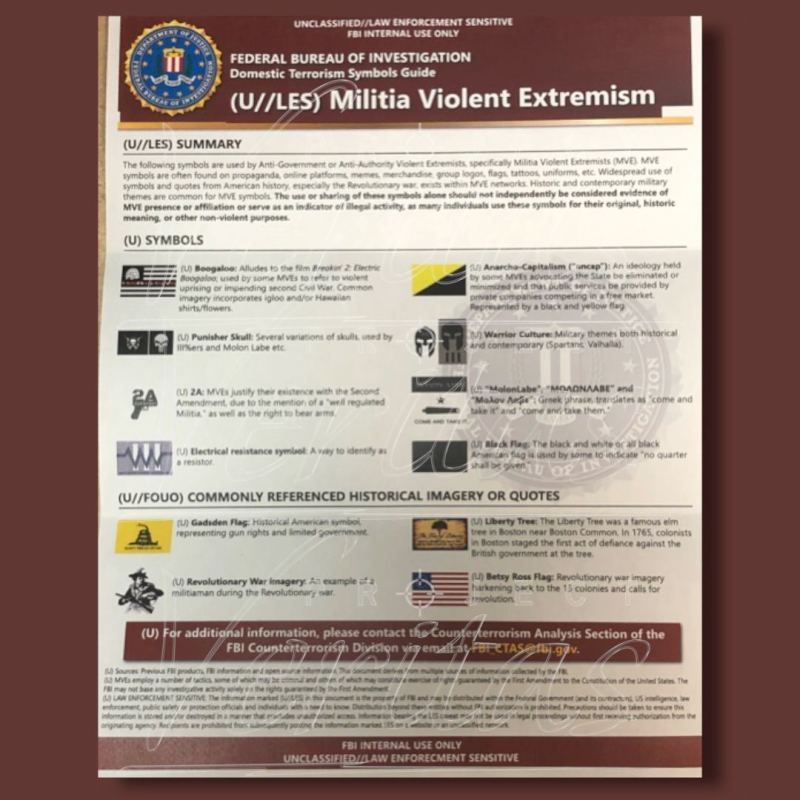 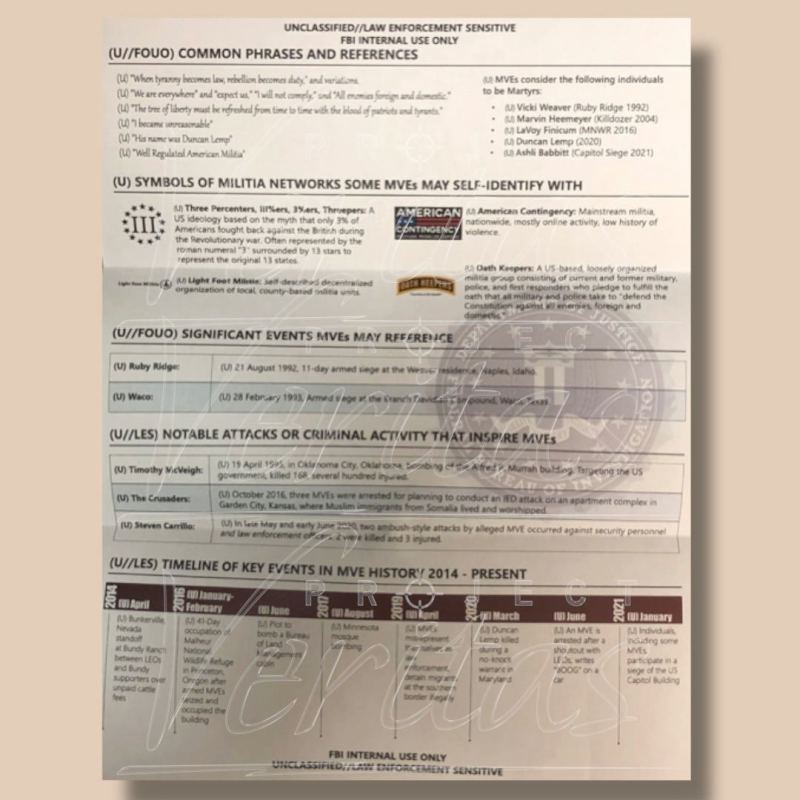 The “Unclassified/Law Enforcement Sensitive” document says it is for “FBI Internal Use Only.”

Right below that, under the “Commonly Referenced Historical Imagery and Quotes” section, Revolutionary War images such as the Gadsden Flag and the Betsy Ross Flag are listed. Each flag displayed in the document comes with a brief description of what it means.

Under the “Common Phrases and References” section of the leaked document, Ashli Babbitt is cited as a person that MVEs consider to be a Martyr.

The same document also refers to Ruby Ridge, Waco, and even Timothy McVeigh, tying in traditional American ideas and symbols with radical and/or violent events in the past.

The Obama regime did the same thing.  Under his direction, Janet Napolitano developed an Enemies List (AKA: Homeland Security Department document entitled “Rightwing Extremism: Current Economic and Political Environment Fueling Resurgence in Radicalization and Recruitment”) which contained a section titled, “Disgruntled Military Veterans”.  She also added a DHS study that outlined “Hot Spots of Terrorism and Other Crimes in the United States”, that did not include the muslim terrorist threat in the country.  It did, however, name the following people as threats:

Similarly, Biden’s regime and his media tools ignore the Antifa and BLM violence they foster, encourage, and refuse to condemn. But he has a ‘snitch line’ to turn in friends and relatives who object to government autocracy. 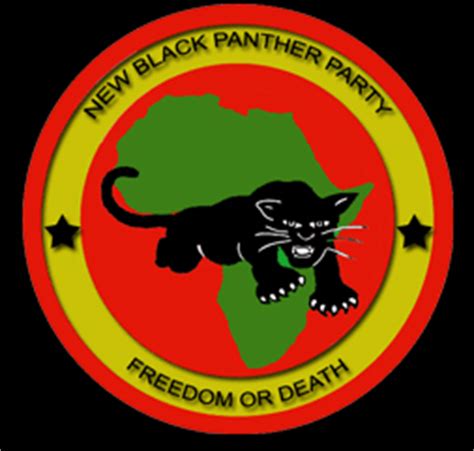 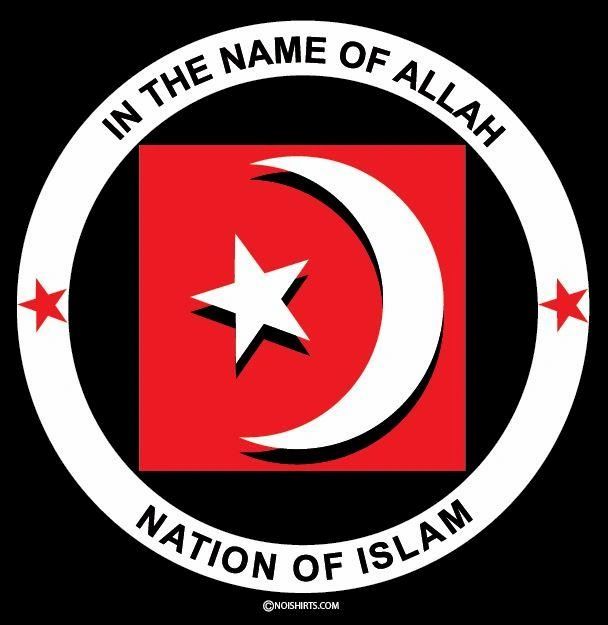 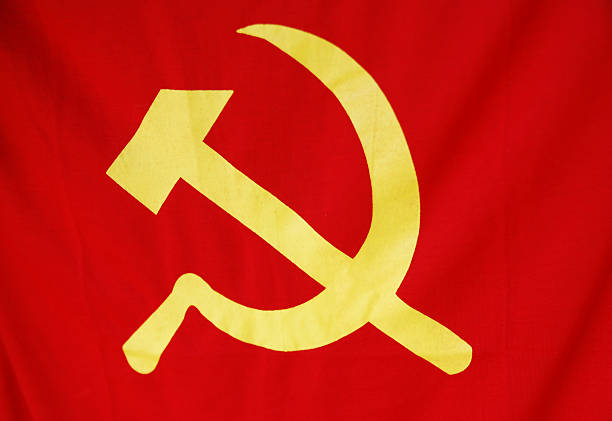 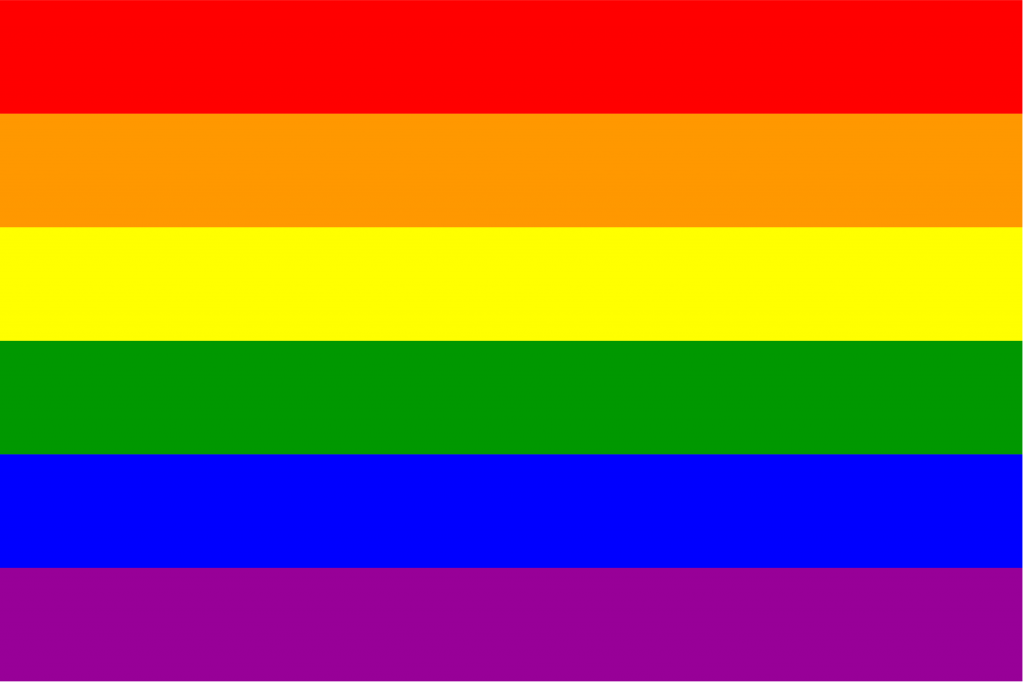 The first flag represents a black supremacist group known for violence and hatespeech.  Speaking of which, they reared their ugly heads on a street in Charleston, South Carolina and declared that they need to “finish the mission” of killing “slave masters” and their families.

Since no one in this country owns slaves, the only conclusion is that the motherfuckers want a race war. Okay, but they’re going to get a rude awakening when we shoot back.

The second flag is the banner of a group (founded by Nelson Mandela) responsible for hundreds of murders and terrorist acts, including the infamous “necklacings.”

The third flag represents a violent theocracy responsible for worldwide terrorism and atrocities in the name of a 7th century screed and a bat-shit crazy prophet.

The fourth flag represents an ideology responsible for the deaths of millions of people and the oppression of Eastern Europe, the former Soviet Union, China, North Korea, and Vietnam.

That fifth flag operates under the guise of ‘diversity’ all the while being hateful and intolerant of opposing viewpoints, Christianity in particular.

I don’t see any demands for them to be banned, removed or censored from public use. And I damned sure don’t see any “guides” produced by the FBI.

The FBI has a lengthy history of corruption:

Persecuting people who simply wandered the hallways, stood outside the building, and peacefully protested.

The mysterious “pipe bomber” that was tracked all over the place, but wasn’t important enough to investigate.

The murder of Lavoy Finicum

The persecution of Richard Jewell

Hides evidence against the Biden Crime Family, including the laptop from hell.

Agents discussed a  “secret society” within the FBI to undermine the 2016 election of President Trump.

Involved in the “Russian Collusion” hoax and efforts to overthrow a duly elected President.

Knew that the Steele dossier was fake but pushed it anyway.

Raided the offices of Project Veritas over Ashley Biden’s missing diary, which has allegations of an incestuous relationship with Joe.

Recommending that “family members and peers” turn people in to the FBI if they suspect them of “homegrown violent extremism”.

The ruling Dem regime is out of control. They’ve rammed through bad, oppressive legislation. They shit on the Constitution. They have created a system of bullying and persecution of political opponents.  They are the real threat to this country. Dems, their leftwing media tools, their rampaging leftist mobs, and weaponized government agencies that want to transform America into a police state.