She was another target of Biden’s media tools.

A woman who became one of President Joe Biden’s most vocal critics after her Marine son died during the disastrous withdrawal from Afghanistan last year has seen her voice restored on Twitter.

Shana Chappell posted to Twitter on Tuesday — returning to the social media platform after a permanent ban imposed under the network’s previous ownership. 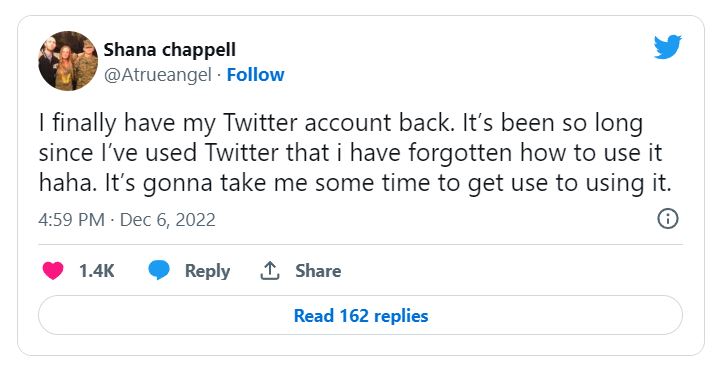 Chappell was suspended from Facebook and Instagram in the aftermath of the Aug. 26, 2021, death of her son, Marine Lance Cpl. Kareem Nikoui, with the networks censoring her criticism of Biden, according to the Washington Free Beacon.

Nikoui was only 20 years old when he was killed in a suicide bombing at Kabul International Airport, according to KABC-TV in Los Angeles.

Twelve other members of the United States military died in the bombing, as well as about 170 Afghan civilians.

Chappell emerged as a critic of the Biden administration’s handling of the ugly Afghanistan evacuation in the aftermath of her son’s tragic death.

……In a presidential meeting following her son’s death, Chappell recalled that Biden interrupted her and changed the topic to his own son — who died of cancer.

Typical Biden. The corrupt narcissistic piece of shit can’t resist turning the attention to himself.