The current crop of Dem totalitarians should learn from history.

The Battle of Athens (sometimes called the McMinn County War) was a rebellion led by citizens in Athens and Etowah, Tennessee, United States, against the local government in August 1946. The citizens, including some World War II veterans, accused the local officials of political corruption and voter intimidation. The event is sometimes cited by firearms ownership advocates as an example of the value of the Second Amendment in combating tyranny.[1][2][3][4] 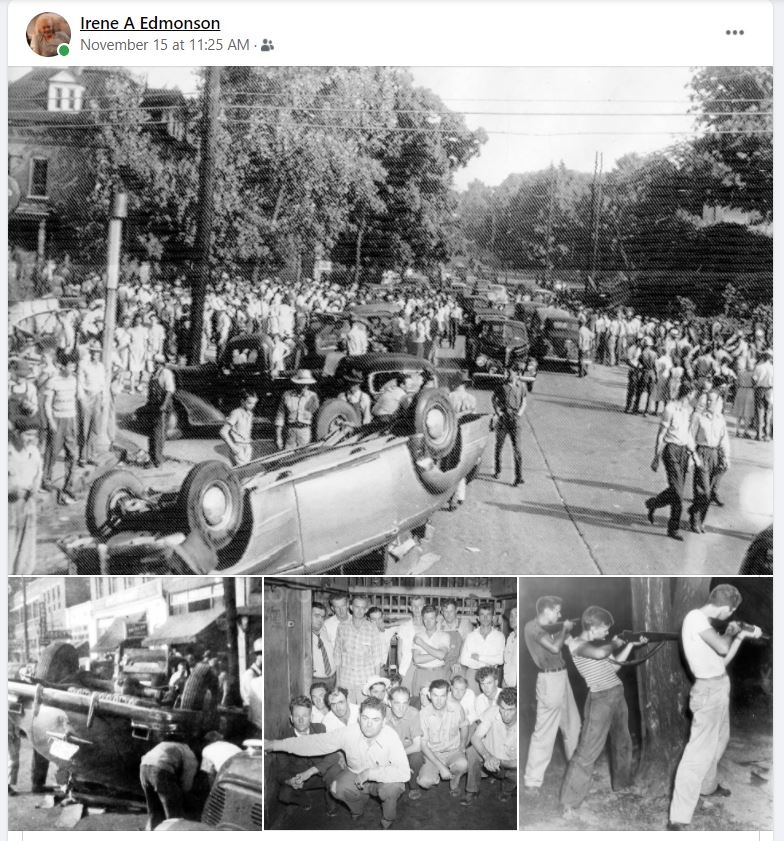 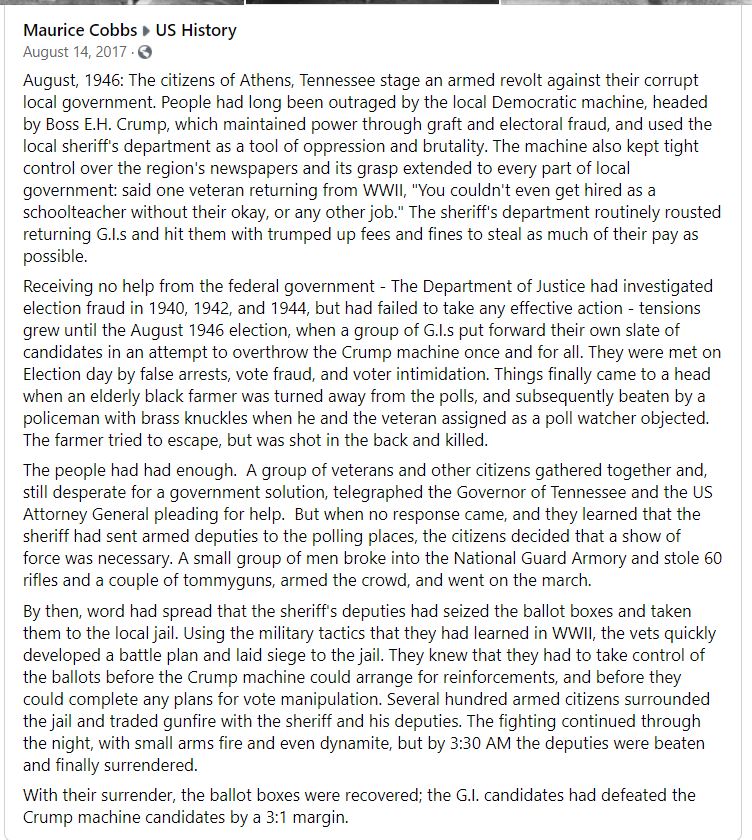 Athens is a microcosm of America right now.  75 million American voters know that the 2020 election is illegitimate due to widespread voter fraud and ballot tampering.

The election notwithstanding, the onslaught of egregious DemProg rhetoric and violence against Trump supporters has become intolerable. Americans are sick of the bile, frothing hate, and the threats of ‘deprogramming’, ‘reeducation camps’, and ‘enemies list’ from unhinged elites and left-wing politicians looking to send dissidents off to gulags.

Those troops in D.C. aren’t there to keep people in, they’re keeping people out. The Dems and the rest of the entrenched Swamp Rats don’t like the direct confrontation of We The People demanding they be held accountable for their crimes and vandalizing of the constitution. This is the kind of shit that happens in China, North Korea, or a Banana Republic, not a country under a Constitutional government.

The sale of guns and ammunition has gone up exponentially especially after the Dems declared war on the First and Second Amendments.

There are two types of people in this country right now.
People who rejoice at their political opponents being purged from having a voice and people who have studied history.