Former Levi’s brand president Jennifer Sey appeared on ‘Tucker Carlson Tonight’ to share why she left Levi’s and did not take $1 million to keep quiet that she was intimidated for her views on COVID school closures.
“For me, this whole thing has sort of culminated in really being about the silencing of dissent,” Sey said on Tuesday. “Not being allowed to hold a viewpoint that is outside whatever the mainstream narrative is, the orthodoxy, and I was very outspoken, that closed schools were harming children in my city in San Francisco and cities across the country and that seemed like a very sensible position to me. It seems like folks agree with me now but it was unacceptable, and I have to be able to say that I don’t think schools would be open if parents like me weren’t saying that all along.”

“It’s a broader issue in the culture. This is not a Levi’s issue. It’s not specific to Levi’s, the silencing of dissent,” Sey said.

Sey explains why she didn’t take the money: “I do mean it. It goes against everything in my entire being and it’s not to say it wasn’t tempting. I’m human. That’s a lot of security for my family but I had persisted for two years in continuing to speak out on this subject because I care about kids. And then to agree to stay silent at the last minute because of money just felt so unacceptable and just grossed me in violation of everything I said I stood for.”

“While you say this view is mainstream now you have to remember I was doing this in March 2020,” Sey said. “It absolutely was not mainstream. It was considered unacceptable. It was racist. It was, you know, you were a granny-killer. You were the worst kind of person in the world that you would advocate for this. None of it was fact-based. It caused a lot of upheaval and noise in social media. Employees were complaining, and it became very difficult to manage. And as a senior executive, to a large extent, and I accept this, when I speak, whether I do it on behalf of the company or not, I have to keep in mind, or, you know, I do keep in mind that I represent the company to some extent. But I have four children. I’ve been an active public school parent for many years and that was more important to me even though I was warned.” 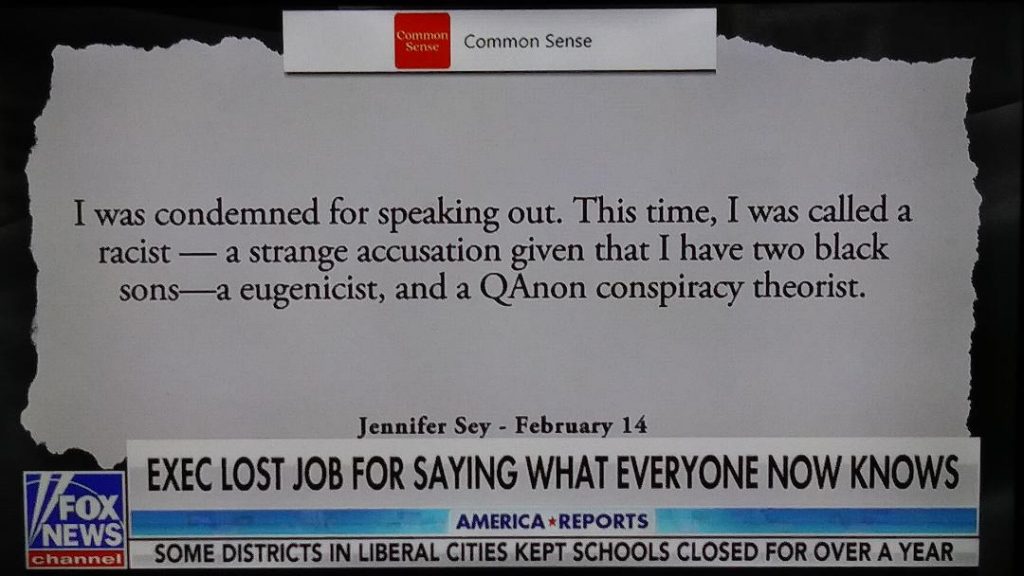 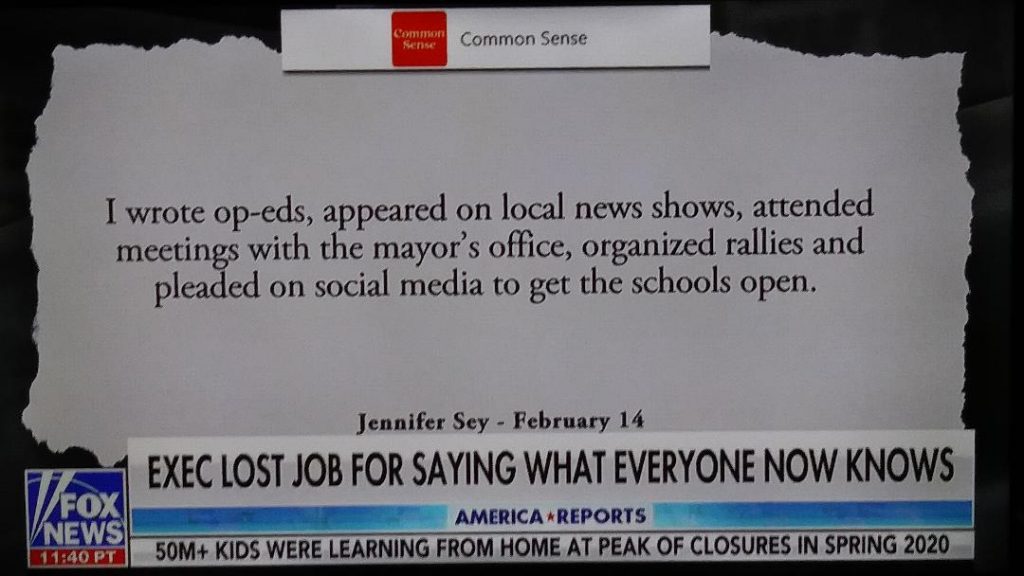 America’s leftwing autocracy hates citizens who stand up to their tyranny.  Challenge authoritarian covid measures and get labeled a “domestic terrorist” by the DHS.  It’s not just the government goons doing this, it’s their liberal media hacks and their constituents.

The politicized COVIDIOCY  is not about public health and safety, it’s about power and control.

Dictatorial corruptocrat Fauci was at the forefront of the draconian lockdowns and criminal activity at his NIH. He should have been indicted already. God knows there’s an abundance of evidence.