It’s a pleasure to see the same leftwing media that helped foist him into the White House and regularly kisses his ass, get a taste of the real Biden.

A left-wing reporter slammed President Joe Biden on Wednesday over his outburst directed at a cable news reporter earlier in the day, suggesting that perhaps Biden was in the wrong business if he could not answer basic questions from the media. 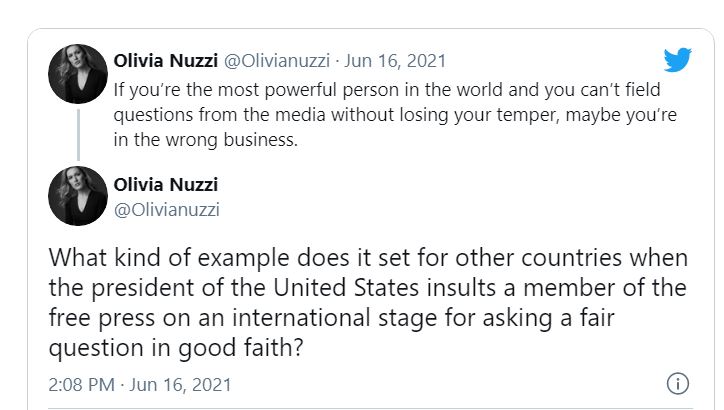 Her indignation was in response to Biden’s outburst at a CNN reporter for asking a question about Putin:

CNN's @KaitlanCollins: "Why are you so confident [Putin] will change his behavior, Mr. President?"

Biden: "I'm not confident I'm going to change his behavior. What the hell? What do you do all the time? When did I say I was confident? I said….let's get it straight…." pic.twitter.com/h3wctccQRz

As much as CNN kisses  his ass, you figure he’d be more accommodating. The G7 summit put his declining mental health on full display.

The leftwing media hacks have drooled over this buffoon since he was installed, and ignored his pattern of unstable behavior. Now, they’re indignant over  his toxic personality.

Brace yourselves, it’s going to get worse.