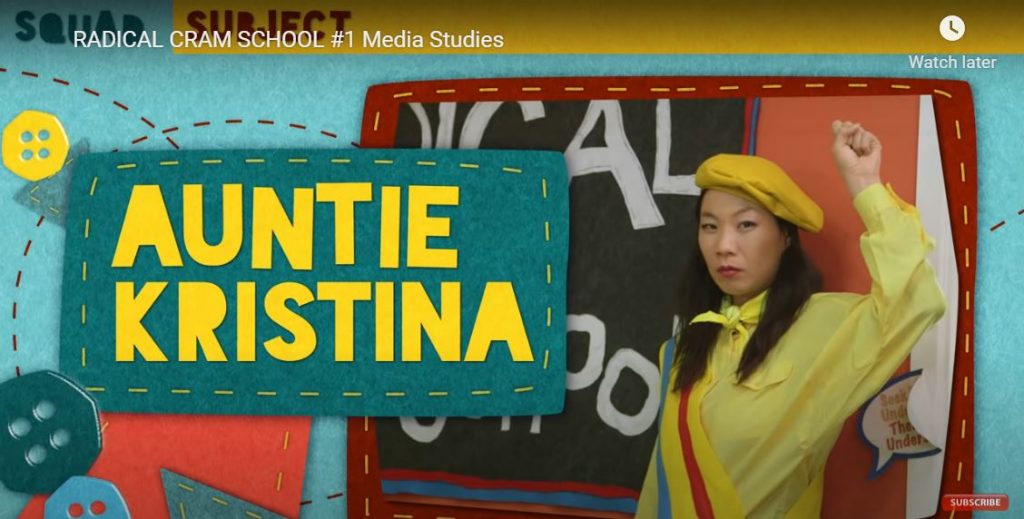 At first, you think it’s a bizarre parody, but the unhinged idiots behind this kid’s show are dead serious.

They’re addressed as ‘comrade’ and get a load of their uniforms. All that’s missing is a Hammer and Sickle and a copy of the Communist Manifesto. 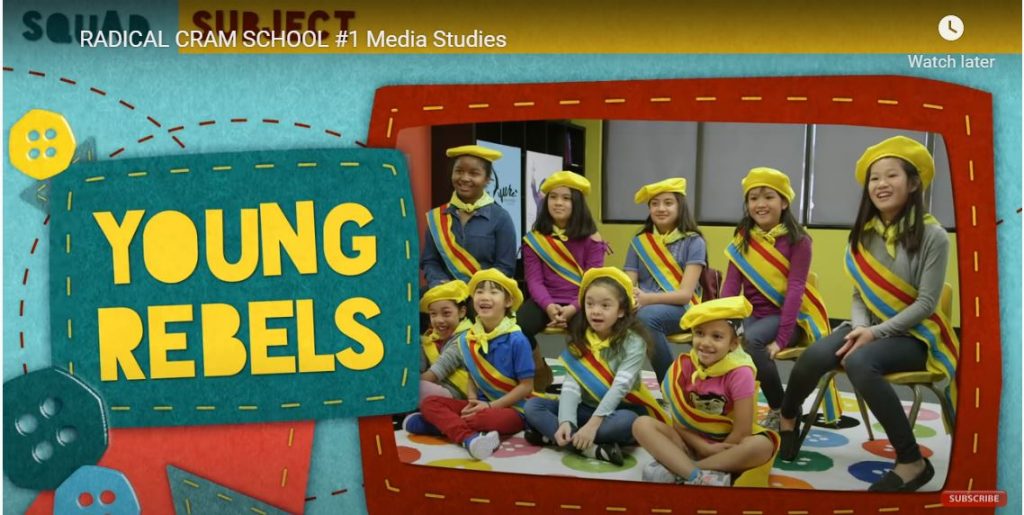 One of the posters in the ‘classroom’: 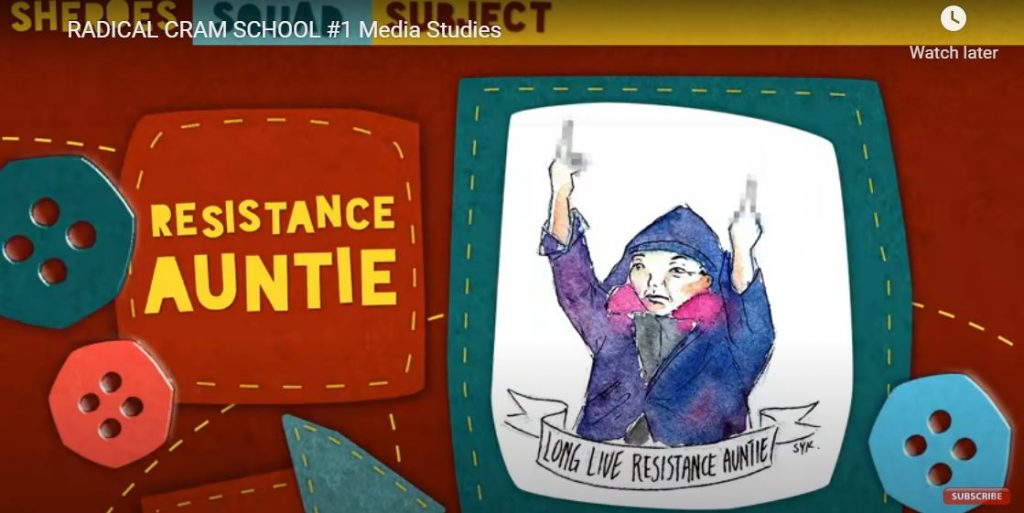 In the first lesson titled “Media Studies”, Wong tells the kids that she will explain how they’re been ‘tainted by the patriarchy’, and holds up pictures of Harvey Weinstein and Woody Allen eliciting squeals of “creepy” and “bad”.  Missing from the photo array are the likes of Bill Clinton, Al Franken, Joe Biden, and the endless list of left-wing politicians, actors, and political pundits who could teach them all about being creepy.  She holds up a picture of  Donald Trump, and they meltdown into a chorus of “eeeeeew!”  Trump, they declare, is “bad” because he enforces immigration laws. The lines one girl delivers as a diatribe are perfectly memorized.

One little girl volunteers: “There’s this thing about white people that just makes me do this”, as she bites her lip and rolls her eyes.

Hello Kitty is also bad because she’s missing a mouth. Evidently, “the people who created her did not want Asian girls to speak up about who they were.”

The second episode titled “Vocabulary” teaches them that dysfunction like “gender non-binary” is cool. One little girl who can’t be any older than 7, claims to be “gender fluid”, much to Wong’s delight.

I couldn’t stomach much more of this shit, but if you want to see it for yourself, here’s the link: https://whohaha.com/series/radical-cram-school/

I pity these kids. Their parents are sick individuals who are complicit in shaping malleable young minds into bigoted, anti-white misandrists.

When they grow up, they’re going to have a lot of difficulties fitting into the real world.