In other words, she told the truth about her and Stzrok’s intent. 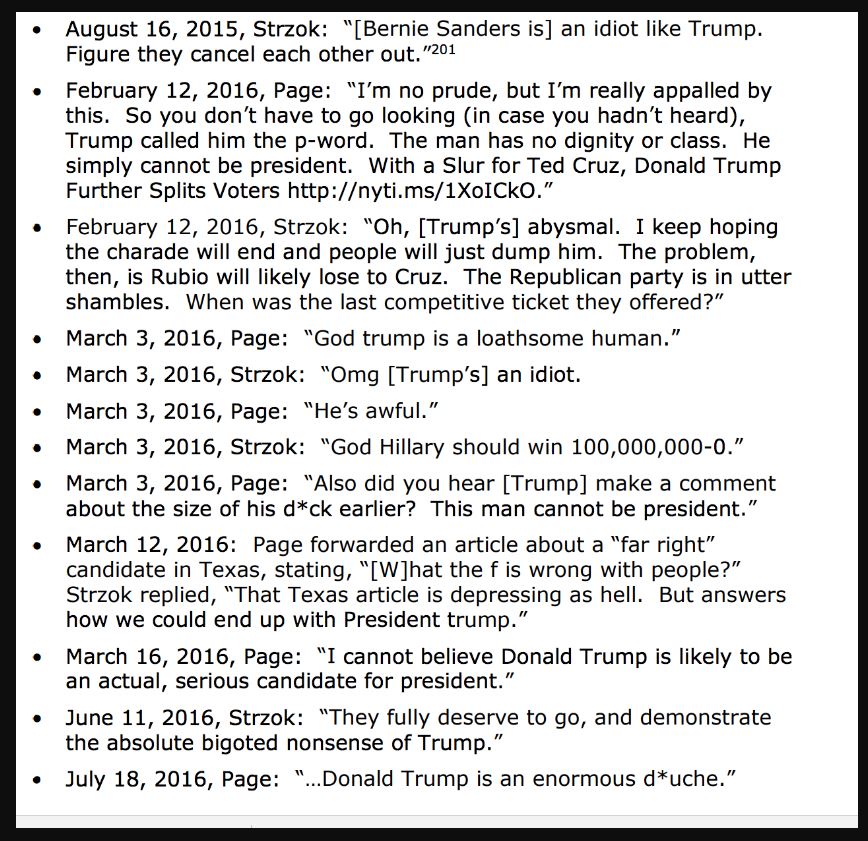 Last Friday, the first day former FBI lawyer Lisa Page was testifying in a closed-door hearing, Republicans like Rep. Mark Meadows praised Page, saying she had been cooperative, and as Twitchy reported Monday night, Rep. John Ratcliffe said after a nearly 7-hour session that Page had been “a very forthcoming witness,” giving the committee “a lot of new information that we didn’t have before.”

With headlines consumed by President Trump’s presser with Vladimir Putin, we didn’t see much more about Page’s testimony, but “Fox & Friends” on Tuesday morning presented some video of Ratcliffe reporting Page saying that her texts meant exactly what they said.

We wonder if that includes the text in which Page wondered if Peter Strzok was maybe the man meant to protect the country from “that menace,”  Donald Trump. Or maybe that message where Strzok reassured Page that Trump would never be elected president: “No. No he won’t. We’ll stop it,” Strzok replied.

Page’s testimony is a 180-degree contrast from Stzrok’s belligerent psychotic behavior before Congress.

There was all-out sedition on part of the FBI leadership and the Obama regime to undermine the election and overthrow Donald Trump if he became president.

The Republicans need to demand that the DOJ start pressing charges against these malfeasants.