Both the Minnesota governor’s daughter and Ilhan Omar’s daughter Tweeted out support and information about weapons to the rioters:

We reported a few days ago that Minnesota Representative Ilhan Omar’s daughter tweeted out support for the protestors:

Minnesota Democrat Rep. Ilhan Omar’s daughter Isra Hirsi, retweeted a list of supplies for “comrades” who are rioting in Minneapolis.

Isra Hirsi is the co-founder of US Youth Climate Strike and her Twitter bio says she ‘hates capitalism.’

This appears to be how Democrats and Islamists are communicating instructions regarding the riots – through their children. 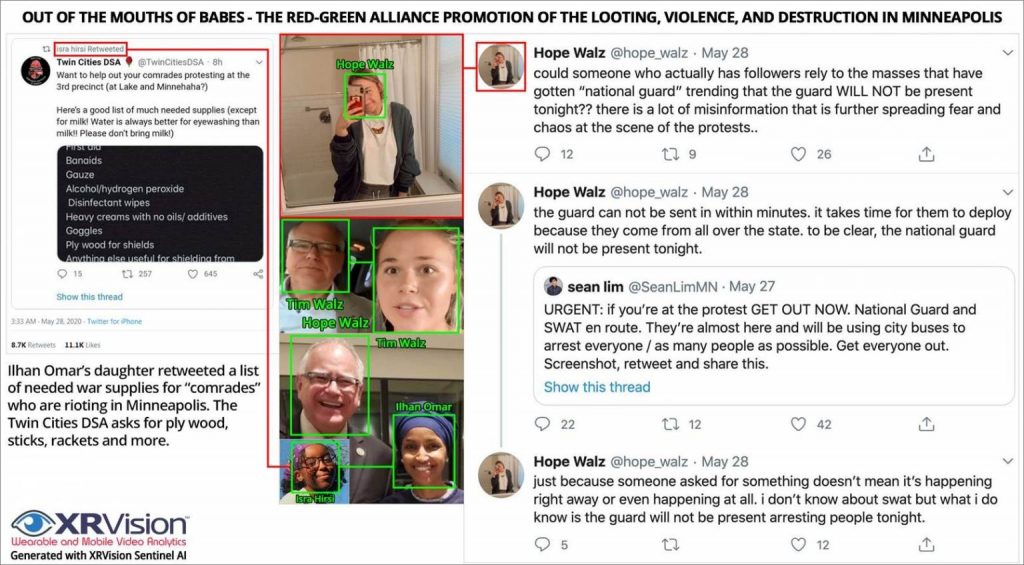 Congrats, ‘social justice’ assclowns. These are the kinds of people hurt most by your malfeasance.

A black business owner in Minneapolis wept on camera Friday after rioters destroyed his sports bar into which he had invested his life savings.

Update: The man’s name is KB Balla and he is a firefighter on the Brooklyn Center Fire Department. His sports bar was brand new; its grand opening had been delayed by the COVID-19 pandemic and he was just getting ready to open its doors.

He has set up a GoFundMe to rebuild his sports bar and it has immediately taken off.

I hope he decides to pull up stakes and use what money he gets to build a business somewhere else. Minneapolis deserves to rot.