That’s because the media supports the anarchists and black radicals.

And so do the Dems. 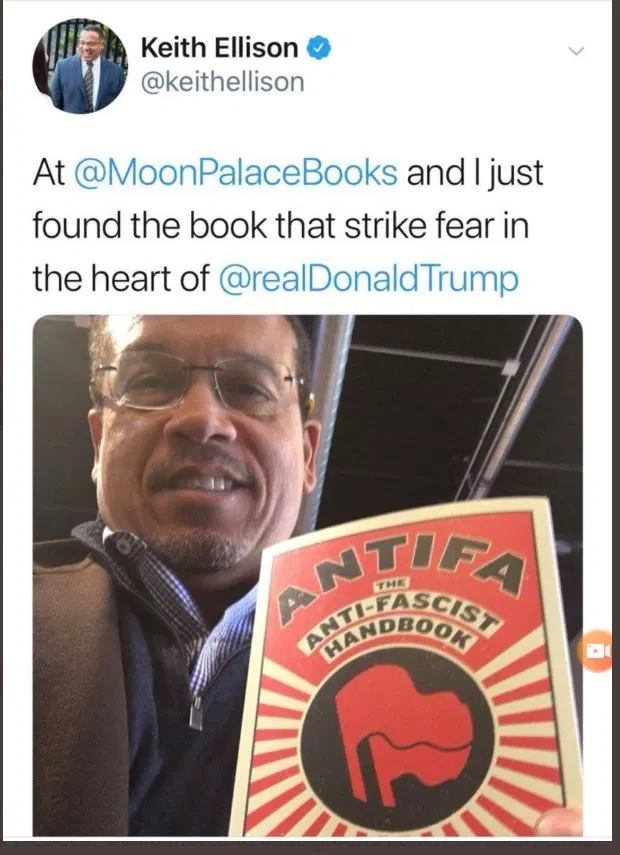 Retired Sgt. Betsy Smith, who now represents the National Police Association, said the media are currently spending a great deal of time talking about the U.S. Capitol breach but not enough on violent riots perpetrated by Antifa and others.

“Right now, their current obsession is, you know, white supremacy, white supremacists, and the Capitol riot. They don’t want to talk about the other 99 percent of violent riots that American law enforcement has been dealing with for the past almost year,” Smith, a 29-year veteran of a large metropolitan police department in Chicago, told NTD’s The Nation Speaks.

“We’re focusing on one riot on January 6, and it’s very, extremely frustrating to law enforcement,” she said.

Smith’s concerns come as protesters, including Black Lives Matter and far-left activists, continue to clash with police in cities across the nation. Some of the activists are alleged to be members of the anarcho-communist group Antifa and other far-left groups, who have taken advantage of a number of peaceful protests calling for police reform by creating a scene of civil unrest and engaging in violence, lighting fires, looting, and damaging property.

On Inauguration Day, protesters were seen marching the streets of Seattle and Portland. But some individuals soon started rioting. Videos and photos from the aftermath show property damage and vandalism, including damage at a courthouse. Individuals in both cities were arrested for assault, rioting, and reckless burning, according to the police departments.

Independent reporter Andy Ngo, who has been closely monitoring and reporting on Antifa in Portland, said some of the rioters who were arrested at the Jan. 20 Portland riots were arrested at previous Black Lives Matter protests in 2020 and released.

More recently, members of Antifa and other protesters were seen marching the streets of Washington on Feb. 6, chanting “burn it down.” At one point, a group, donned in black, briefly clashed with police in front of outdoor diners when protesters did not heed officers’ instructions to “move back,” according to a video filmed by an independent reporter.

“When most Americans wake up and take a look at their phone, or their newspaper to get their news, they’re not going to see much Antifa activity unless they live in an area where Antifa is extremely prevalent,” Smith said.

She said an example of this was the Jan. 20 Seattle and Portland riots, saying that “most people had no idea that had occurred because the media very much gives them a pass.”

……“[Protesters] don’t necessarily show up in secret,” Smith said. “There’s lots of planning, most larger law enforcement agencies and certainly the federal government … have intelligence officers that collect data and very often they know that these protests these riots are going to occur.”

Christopher Wray, the current douchenozzle in charge of the FBI, blames the riots on patriots.

As the commentator Howie Carr put it, “some riots are more equal than others”, especially when the cops have to get involved.