In the new military, any attempt to maintain proper uniform is “offensive”. This is what the race card and Obama have accomplished. White service members, however, are exempt from the fashion statement.

The three-month review came after a spate of complaints that service-level grooming policies were racially biased against black women who choose to wear their hair naturally curly rather than use heat or chemicals to straighten it.

“Each service reviewed its hairstyle policies to ensure standards are fair and respectful while also meeting military requirements,” Hagel wrote in a letter to lawmakers on Capitol Hill notifying them of the changes Monday. “These reviews were informed by a panel of military personnel of mixed demographics reflective of our diverse force.”

The Marine Corps agreed to hold a special meeting of its uniform board later this year and is conducting a forcewide survey about whether the “twist” or “dreadlocks” styles should be permitted while in uniform.

The review concluded that the terms “matted and unkempt,” which the Army and Air Force used to describe some dreadlocks and braids, are “offensive” and were removed from service grooming policies, Hagel said.

I can hardly wait for the Pandora’s Box to break wide open. It won’t be long until we see this: 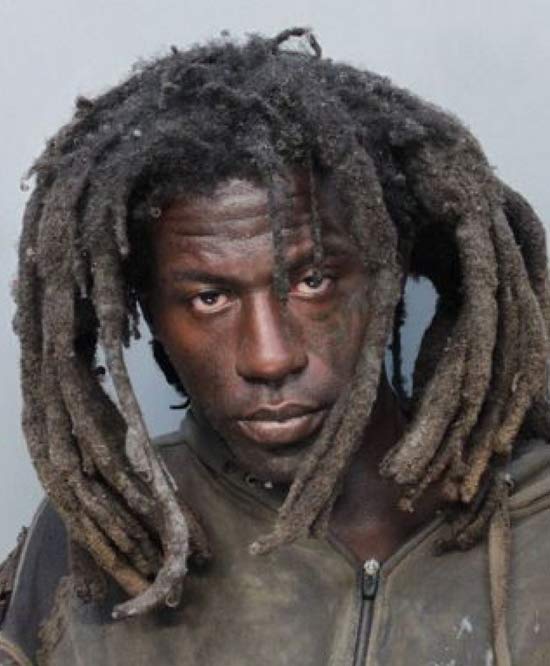 Who needs a cover when your hair will suffice? 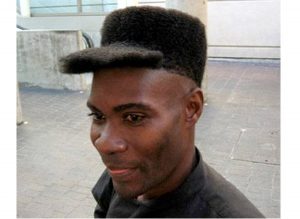 For the aviation-minded troop. 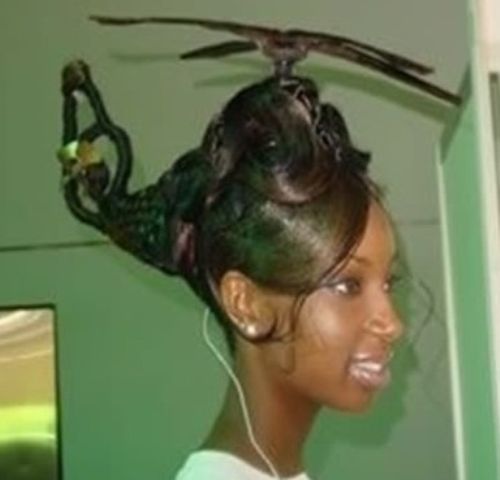 Sideways rainbow with a ponytail. 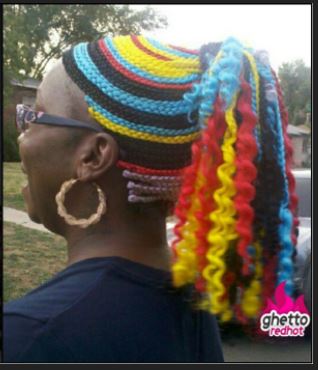 Being a member of the military is supposed to set you apart from the average civilian—in character, attitude, and appearance. You’re supposed to take pride in that. I got my hair cut short before I joined the United States Army and I kept it looking appropriate throughout my 30 years (20 Active, 10 Reserve) service.
These little princesses need to realize that combat readiness takes precedence over ‘how do I look’ when you’re in the field or downrange for any length of time.

Forget combat readiness; ‘gay rights’, drag shows, deference to Islamofascist theocracy, and whatever hairstyle you want is the new focus. No wonder the world is laughing.

I’m so glad I retired in 2006 when we still had a leader in D.C. who gave a damn about the armed forces.

Welcome to the new military. God help us.