The New York Times is under fire for running a “woe is me” piece about the infamous Ray Epps, the Jan. 6th rioter who suspiciously hasn’t been charged with anything despite being filmed encouraging “Stop the Steal” protesters to “go into the Capitol.”

Because of all the video footage of Epps, there’s been a going theory on the right that perhaps he’s a federal agent who’d purposefully helped instigate the riot. But to hear the Times’ tell it, this theory has ruined the man’s life.

“Ray Epps has suffered enormously in the past 10 months as right-wing media figures and Republican politicians have baselessly described him as a covert government agent who helped to instigate the attack on the Capitol last year,” the piece reads.

“Strangers have assailed him as a coward and a traitor and have menacingly cautioned him to sleep with one eye open. He was forced to sell his business and his home in Arizona. Fearing for his safety and uncertain of his future, he and his wife moved into a mobile home in the foothills of the Rockies, with all of their belongings crammed into shipping containers in a high-desert meadow, a mile or two away.”

“And for what — lies? All of this, it’s just been hell,” Epps said to the Times.

……But critics have pushed back with fury.

One, they’ve argued that life has been far more hellish for the numerous Jan. 6th rioters who were arrested and charged for essentially doing his bidding and entering the Capitol. 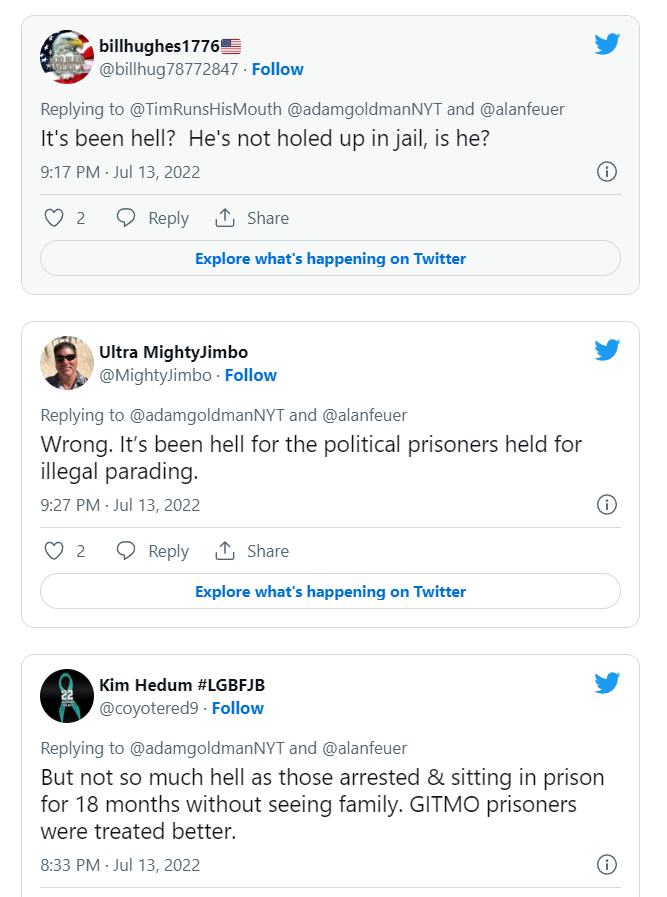 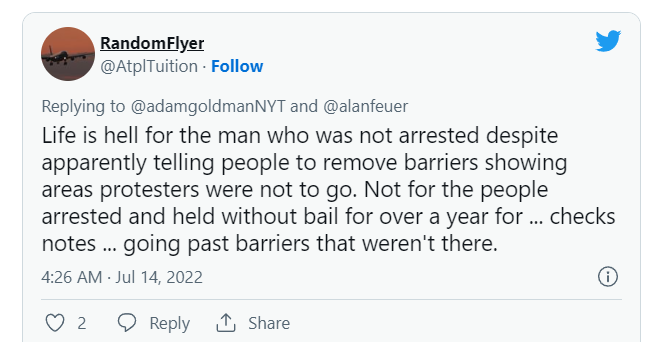 ……they’ve pushed back with evidence of Epp’s culpability, including video footage of him encouraging “Stop the Steal” protesters to “go into the Capitol.”

……they’ve drawn attention to the FBI’s refusal to disown Epps.

Testifying before the Senate back in January, top FBI official Jill Sanborn was asked point-blank by Sen. Ted Cruz whether Epp’s a “fed.”

In response, Sanborn refused to say “no.” Instead, she said that she “cannot answer.”

FBI: “I cannot answer that question.”

Questions about Ray Epps & his disappearance from the FBI’s public posting is a matter of public accountability for the FBI and the American people deserve real answers. pic.twitter.com/nkC85wvCll

Sanborn was also asked whether any undercover FBI agents had actively participated in the riot. Again she refused to just say “no.”

Fox News host Tucker Carlson responded to her testimony at the time by saying, “That tells you a lot.”

Revolver’s extensive investigative report goes into the specifics of Epps’ movements along with other operatives who moved around and inside the capitol grounds cutting through fences, removing barriers, with Ray Epps standing front and center giving out directions.

Read all of it. It’s a breakdown of a classic FBI set up.

The Daily Mail  located Epps at his Rocking R Farms wedding and hospitality business, which he runs with wife Robyn, 63:

When we arrived at the property in Queen Creek, 30 miles southeast of downtown Phoenix, to give him an opportunity to confront the extreme speculation, he bluntly refused to discuss it.

Epps was a Fed plant. He’s just been exposed.  The 6 January Inquisition should subpoena that son of a bitch, as well.

The FBI has numerous plants in the crowd that day. Why aren’t Tim Gionet, Luke Phillip Robinson and Ray Epps in solitary confinement with the rest of the political prisoners in their gulag?