This unique specimen is a member of GAB. We had a debate over women in the military, which includes yours truly, and he is not pleased with women who are not subservient breeders.

His profile gives an insight into his family. 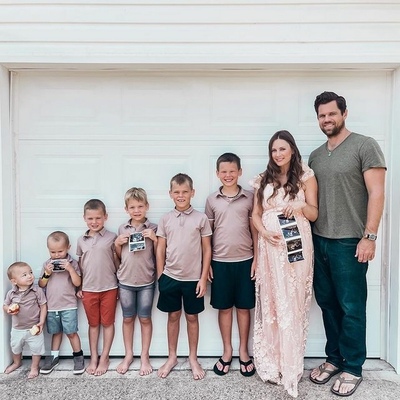 Note the wife. She’s already had six kids in what appears to be rapid succession and she’s about ready to drop a seventh.  If it’s a girl, one can only wonder what’s in store. This wouldn’t be so questionable if it weren’t for his philosophy which can best be described as similar to Warren Jeffs’. As a matter of fact, here’s an actual photo from his profile: 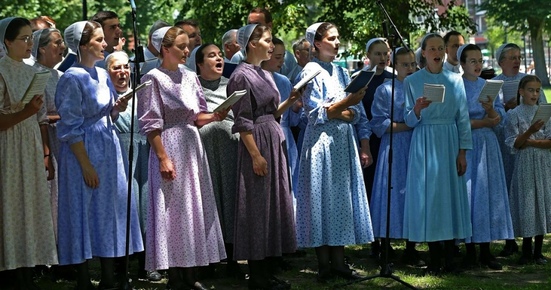 This is his opinion of “duties”: 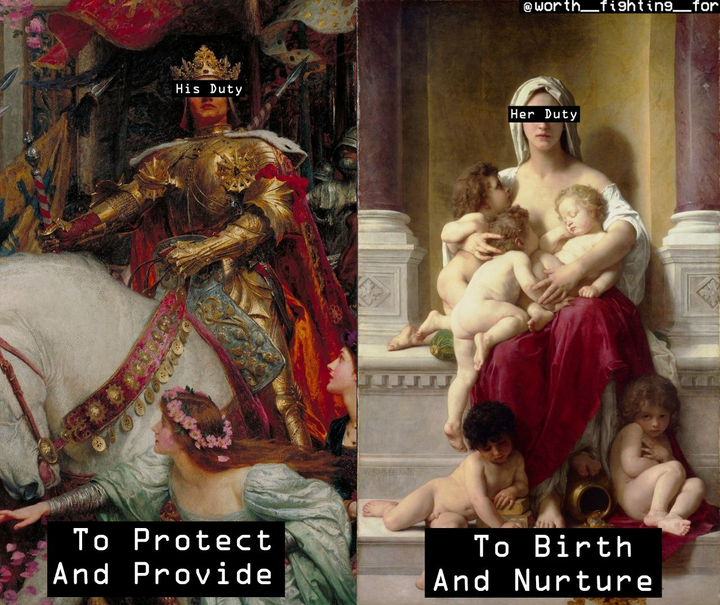 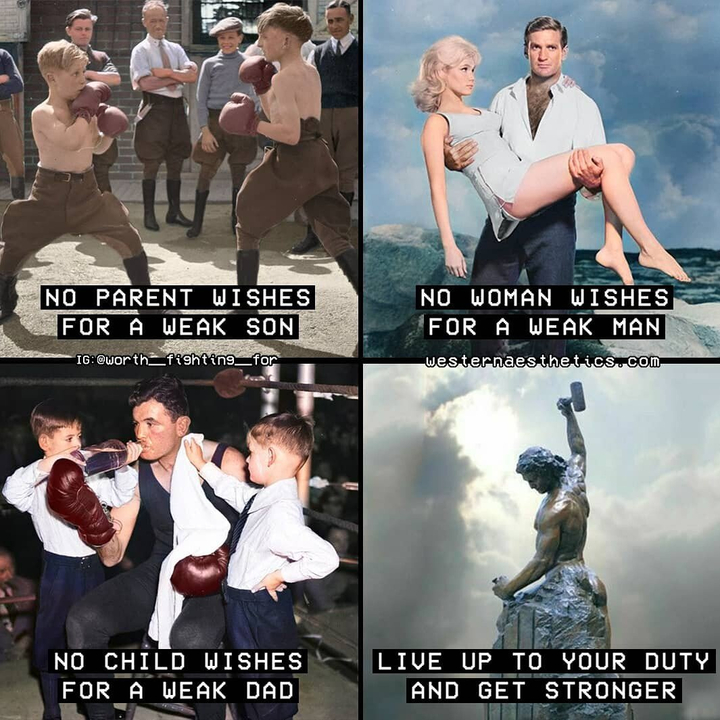 He’s got a website that teaches men how to get a “traditional wife”.  The Western Aesthetics Guide to Finding a Traditional Wife pdf 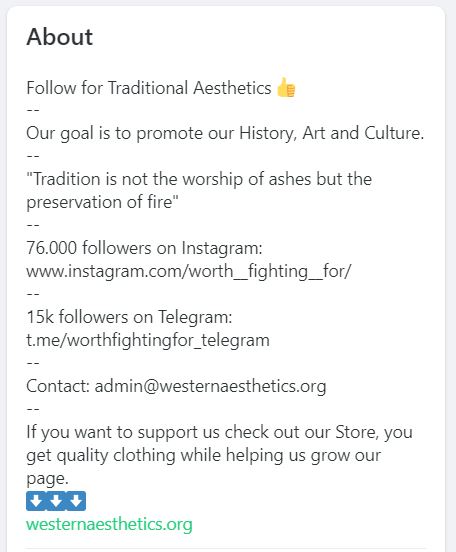 The “about” section describes their beliefs with the word ‘recognise’; a distinctive British spelling of ‘recognize’.

The photo section is chock full of Euro scenes and lots of pregnant women, women with a ton of kids, and hyper-masculine muscle men, and I do mean lots. 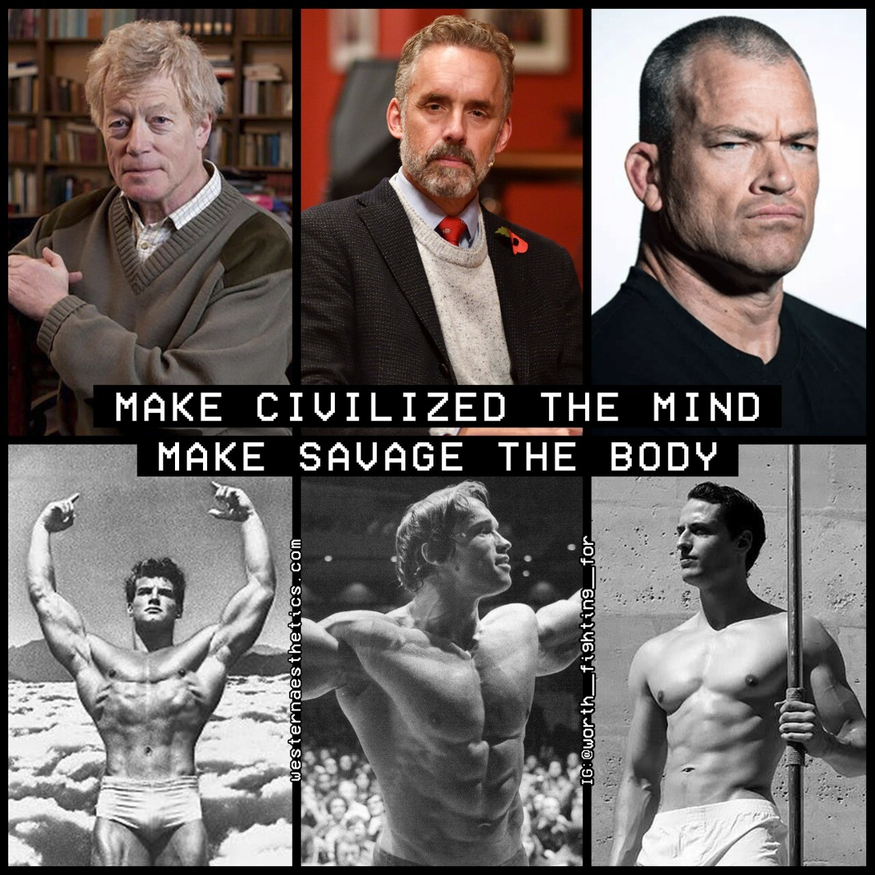 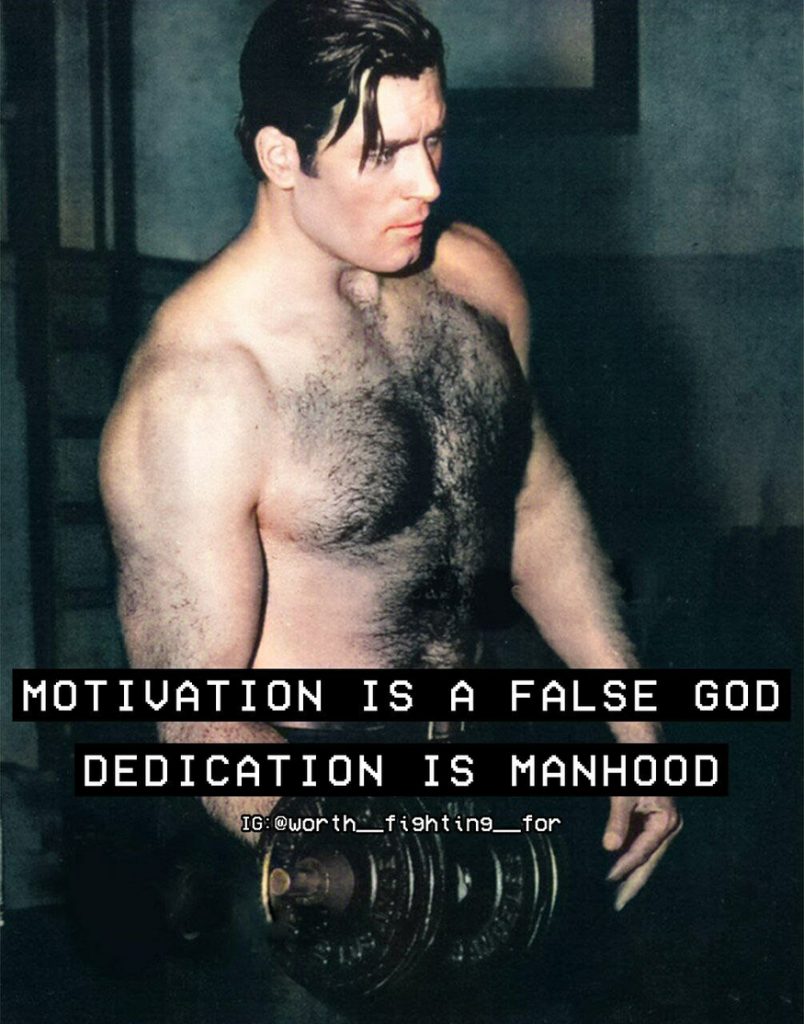 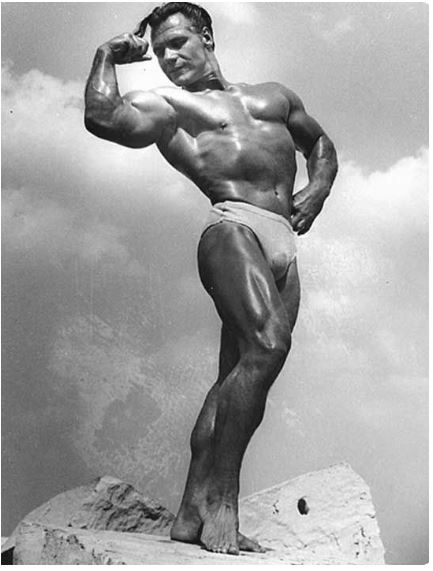 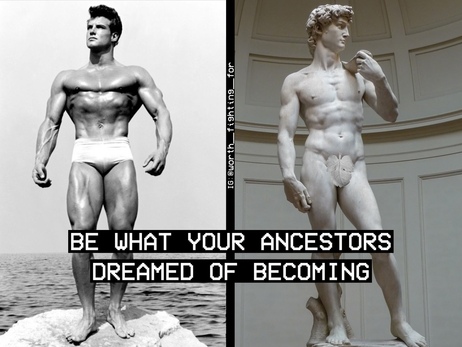 Why did he put the fig leaf over David’s penis?

His wife may be content with her status, but you have to wonder if she ever gave any thought to what would happen if her he-man husband was ever incapacitated or if he should die. What then? Welfare? Maybe she’ll hook up with another Stanley Kowalski on the site.

This guy has an obsessive preoccupation with what constitutes a “real” man and a “traditional” woman.

I come from a working-class family in a racially ‘diverse’, economically depressed neighborhood. My mother raised 7 kids, mostly by herself because both her ex-husbands thought child support was a joke. We all worked. My mother worked and my two older sisters worked two part-time jobs, to make ends meet. It was a hell of a struggle.

I joined the Army at the age of 18 and served a total of 30 years (20 Active, 10 Reserves). I served two combat tours in Iraq. I have an Associate’s Degree. I’ve been all over the world. I’ve worked with my brain and my back.

Growing up in a hardscrabble environment without a “real man” around gave me an acute sense of what it means to be a woman; an adult. I don’t need to depend on anyone—let alone a man—to support and protect me.  I take care of myself and a disabled sibling. I go to the gym. I own firearms and I know how to use them. I pay the bills.  I have my own home.

Gender isn’t important. It’s simply being responsible for your life and the lives of those to whom you’re obligated.  What matters is how the head of household handles the stress and duties of being in charge. Those are qualities I learned from my mother.

2 thoughts on “One of the Creepiest Things You’ll Ever See: GAB Member’s ‘He-Man’ Page”