This shit is sick on so many levels.

This is all part of the Left’s depraved sexualization and grooming of kids.

A Twitter user going by the name HoneyBadgerMom saw an ad for a child drag show at a local bar called Old Nick’s Pub near her home in Oregon and got concerned. She started researching the child who goes by the drag name “Vanellope Craving MacPherson DuPont.” HoneyBadgerMom, whose name is Chelly, started researching the drag shows that advertised Vanellope as a performer and found many troubling things, including the fact that one of the child’s “drag moms” was arrested for allegedly making and distributing child pornography.

Chelly started tweeting her findings about the possible child endangerment going on in Nick’s Pub.

Kelsey Boren, a biological female who does drag, was arrested for crimes against children and is currently in jail awaiting trial. Andy Ngo picked up Chelly’s report on Twitter and confirmed that Boren was photographed with the child, who had even taken on Boren’s drag name “Craving,” a common practice for “drag kids” being mentored by “drag moms.” Boren performed under the name “Alwaiz Craving.”

Old Nick's Pub has deleted posts where someone said the child's drag mentor was recently charged w/child sex abuse crimes. I looked into it & it is true. Drag queen Kelsey Boren, aka "Alwaiz Craving," is the child's "drag mom" & close friend to the child's parent, Jennifer Hibbs. pic.twitter.com/aaLHM1o8rt 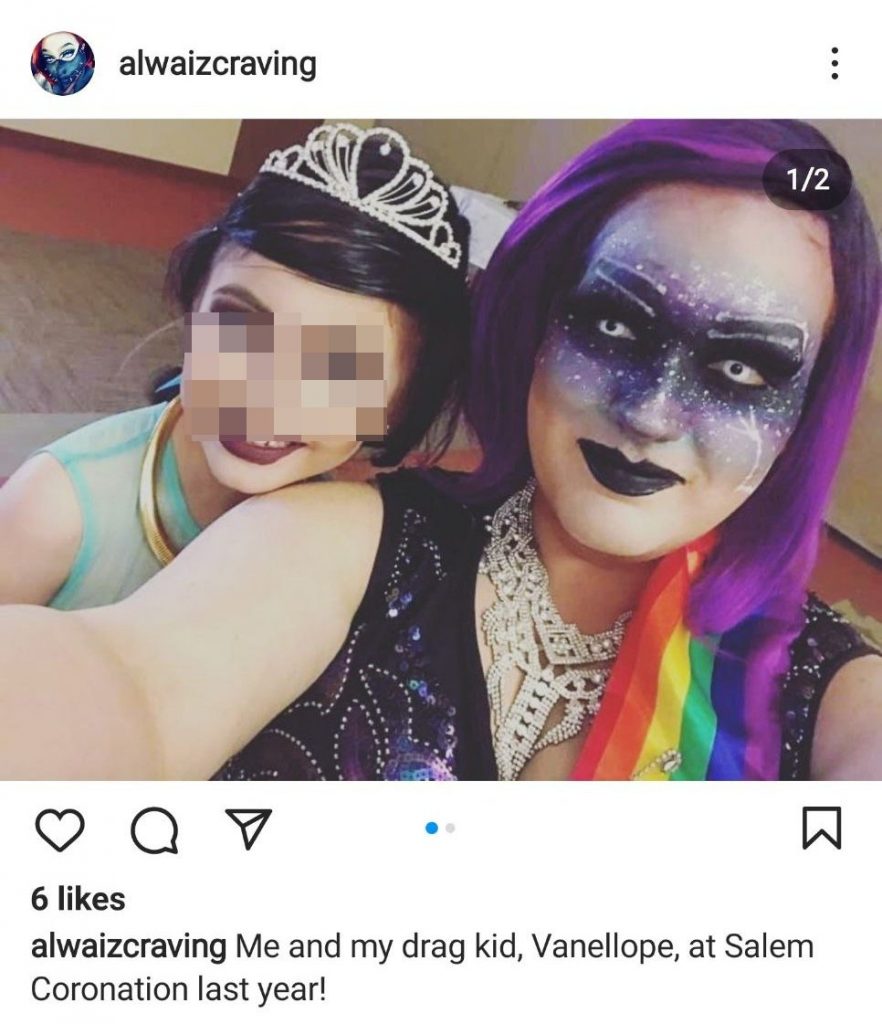 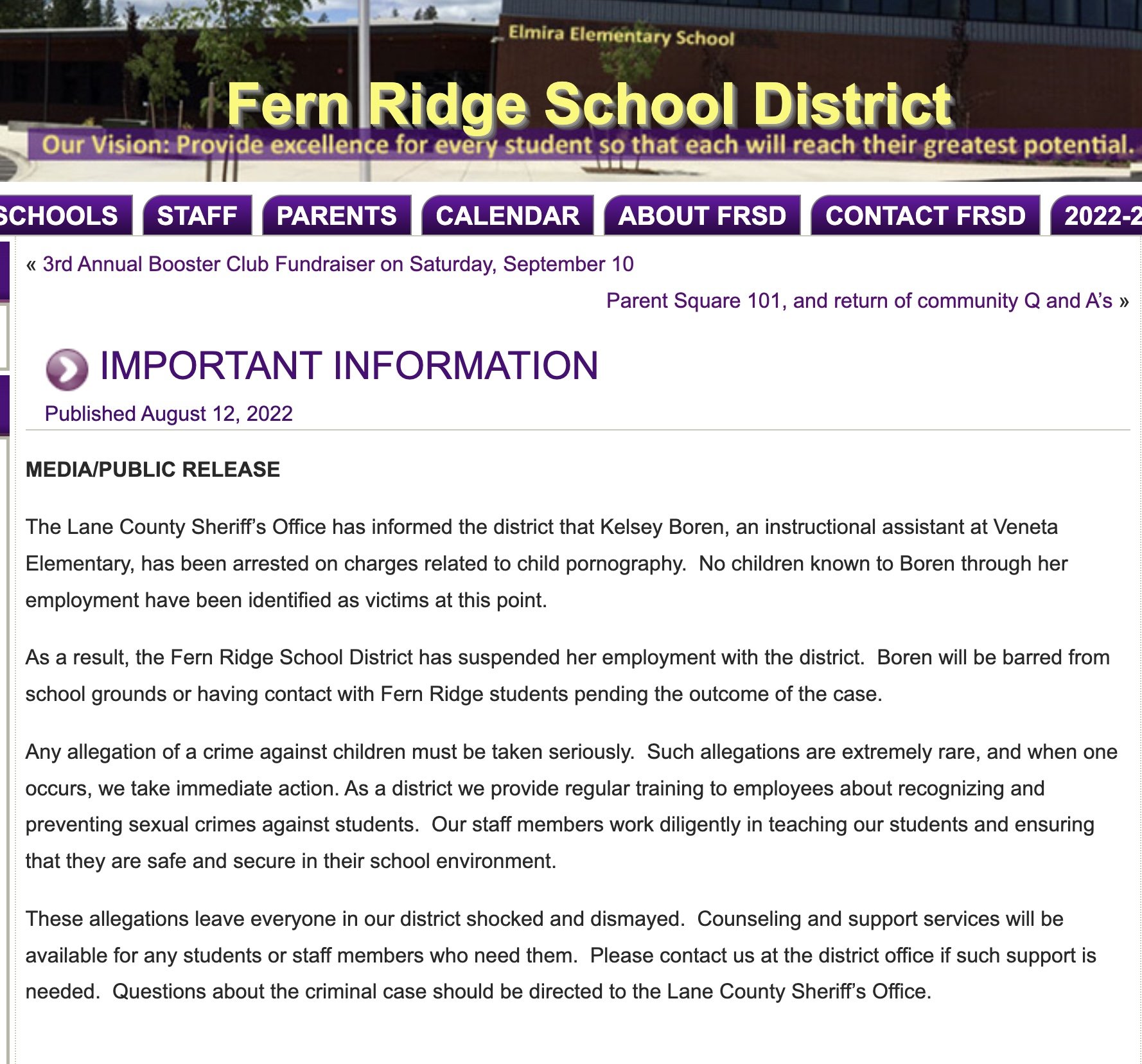 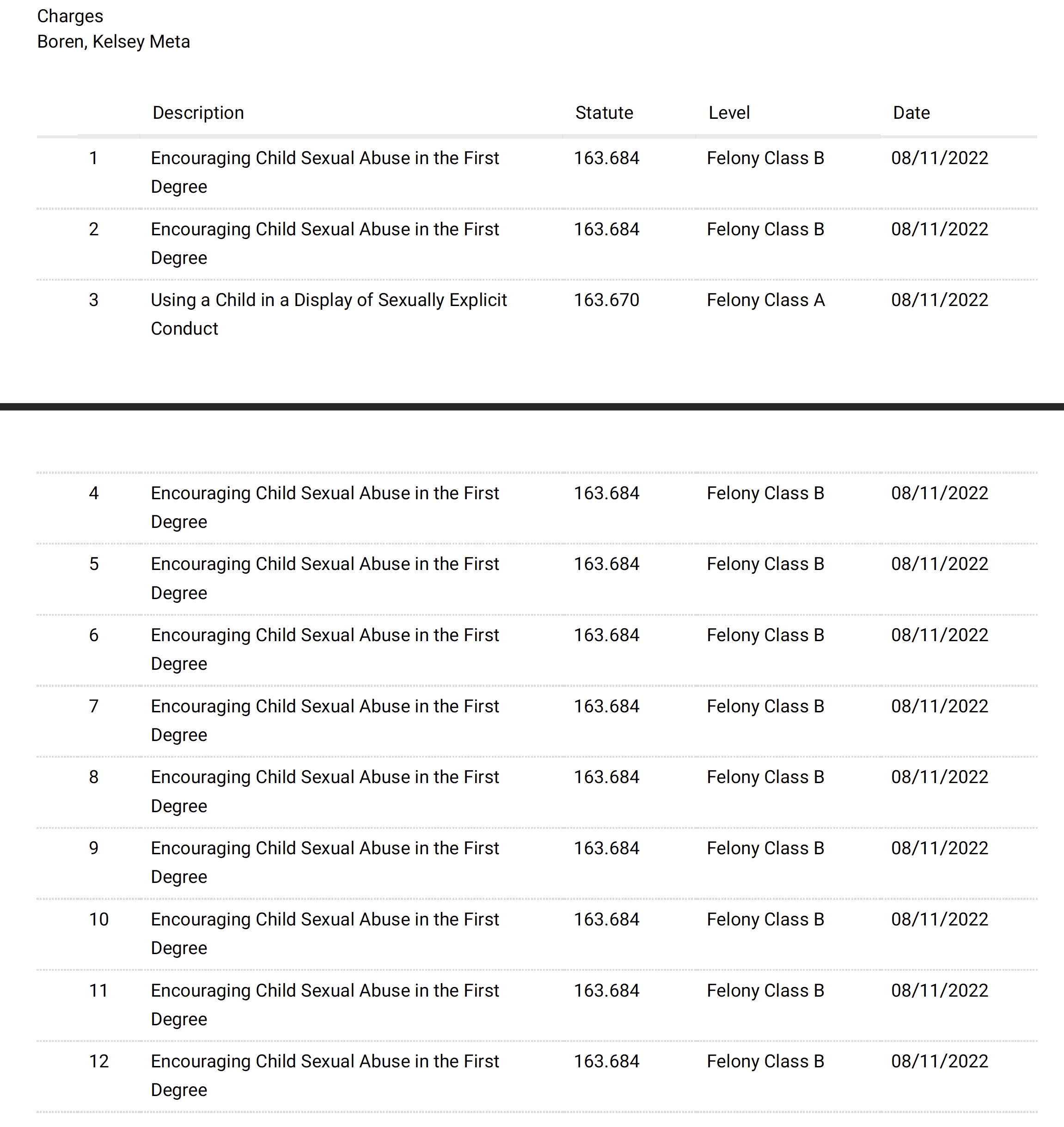 These are the kinds of threats the media encourages when they write false reports. @hunnybadgermom, who exposed what looks like child endangerment to a lot of people, is getting threats like this. pic.twitter.com/ft8A85xhZI 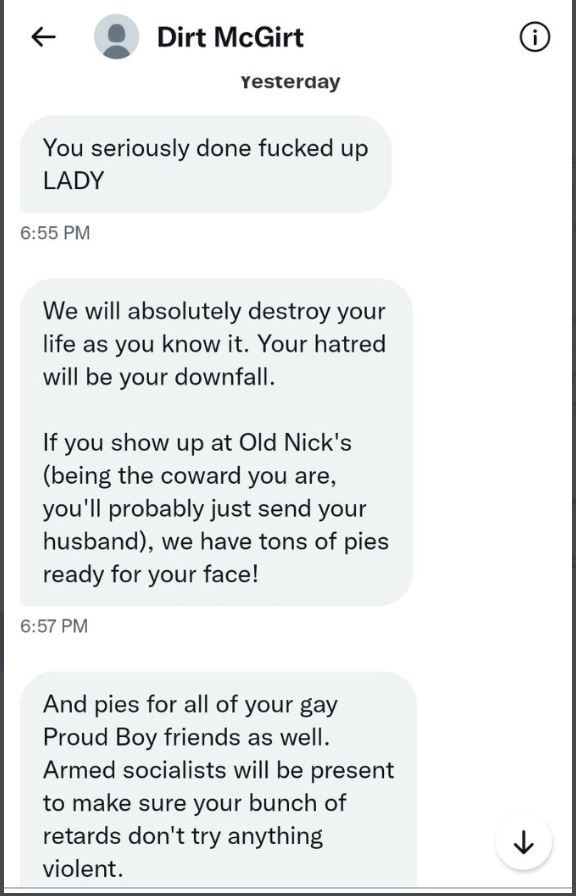 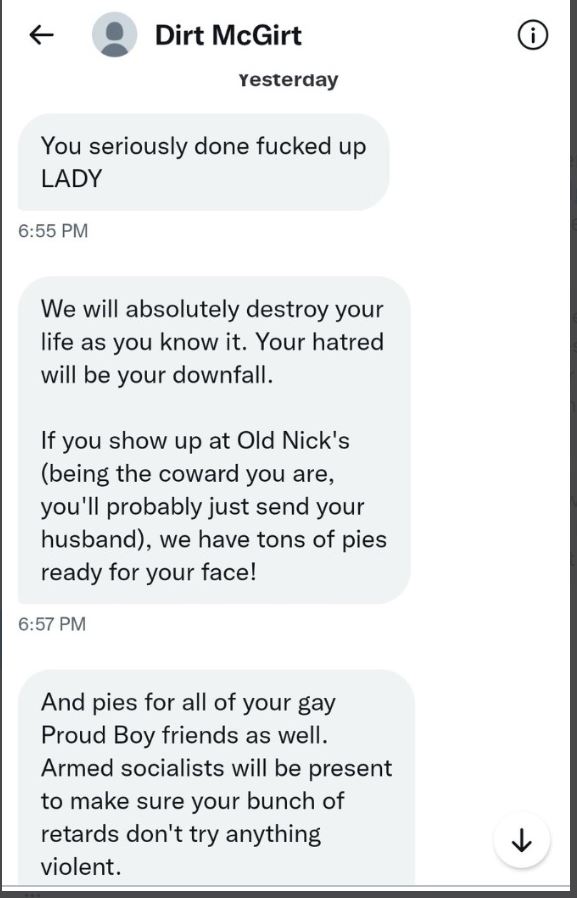 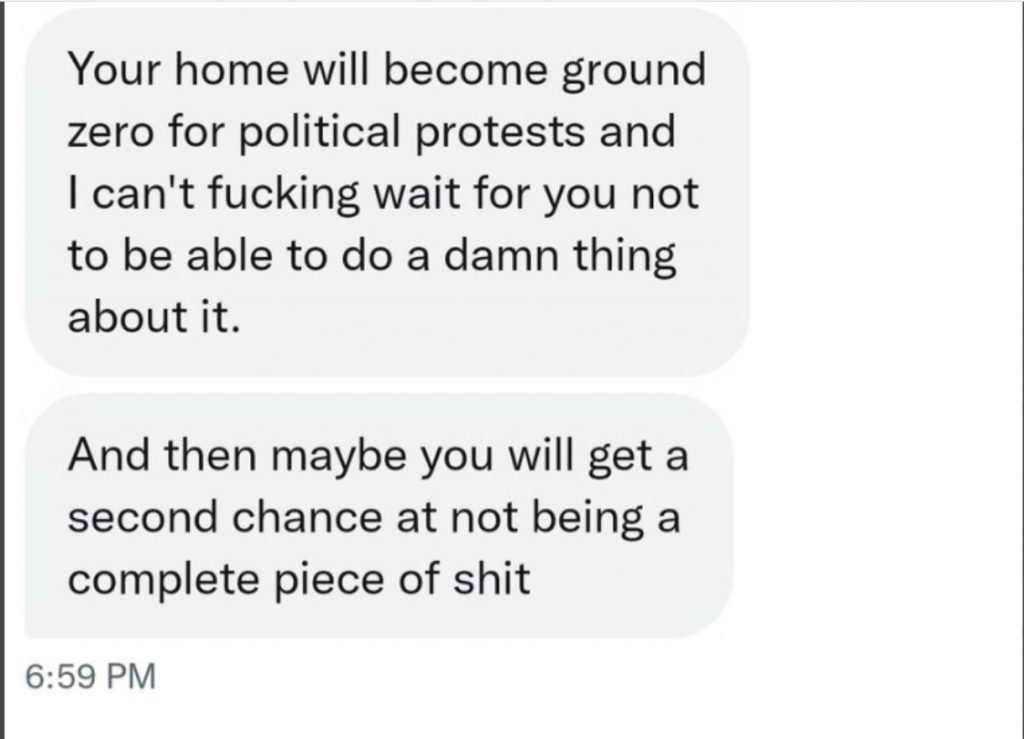 Antifa makes threats and gets away with it. Just like the riots, assaults, and murders they commit.

Any parent who participates in or condones this kind of child abuse and exploitation should be jailed.