My account got suspended with a message that said something about “encouraging harm” but I had no idea what they’re talking about.

This is what they said when I appealed: 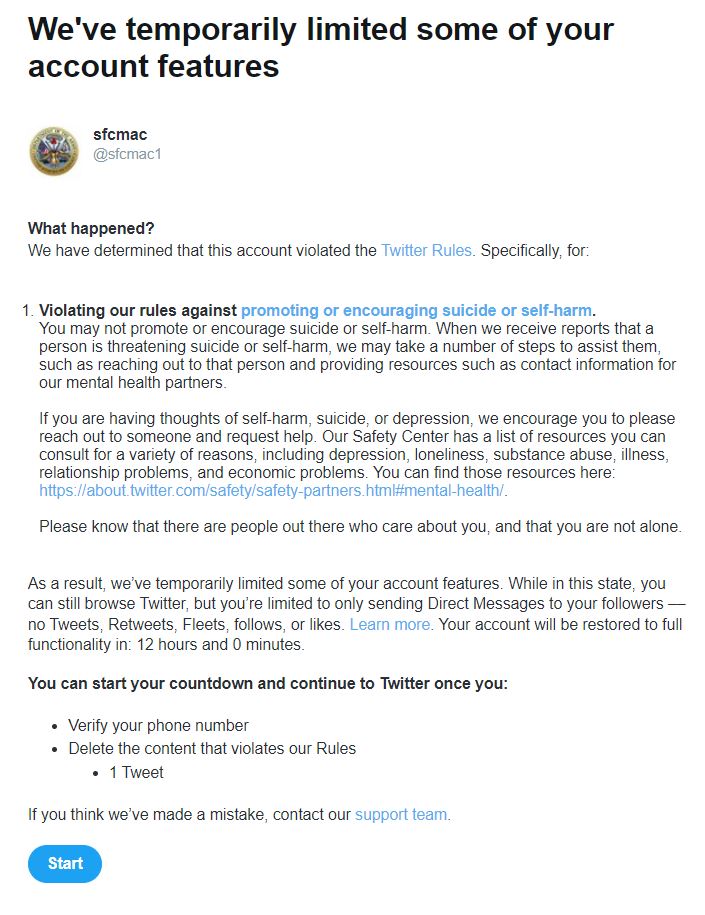 This is what they consider “harmful”: 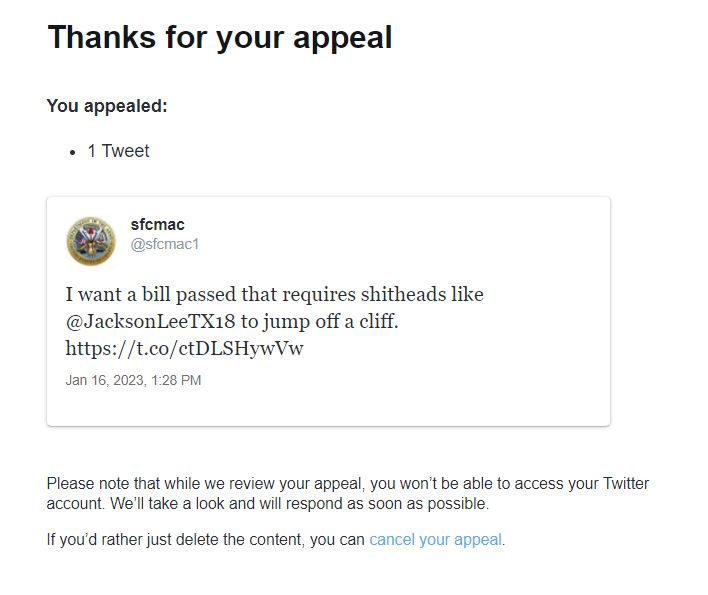 I posted that response to braying jackass Sheila Jackson Lee, who introduced a bill to combat “White supremacy” by criminalizing what she deems as ‘hate speech’.

When I try to authenticate with my phone number it says it’s “already in use”. I can’t sign in or submit a problem report to the support team.

Then I got a notice that the account was permanently suspended.

If Musk’s employees think telling someone to jump off a cliff is ‘harmful’ they’ve got a shitload of real ‘promoting harm‘ to catch up on.

It looks like I’m off Twitter for good. I thought things would change since Musk became CEO, but nothing has.