Rittenhouse testifies in his own defense.

Prosecution: Isn’t it true when you would hang out with Dominick Black, you would play Call of Duty and other first person shooter video games?

Prosecution: And those are games in which you use weapons like AR-15s to pretty much shoot anybody who comes at you. Correct?

Rittenhouse: It’s a video game where two players are playing together. I don’t really understand the meaning of your question to be honest.

Prosecution: Isn’t one of the things people do in these video games try and kill everyone else with your guns.

Trial Judge is furious at prosecutor for violating the rule against commenting on the defendant’s pre-trial silence.

Rittenhouse defense team asks for mistrial with prejudice due to prosecutorial misconduct.

Illinois teenager Kyle Rittenhouse is on trial right now in Kenosha, Wisconsin. You may have read about it. Lots of people are watching it. It’s an event packed with all kinds of political and social implications, but it’s also as a pure legal matter, maybe the single most bizarre court proceeding ever caught on camera.

The outline of the case itself is pretty straightforward. Kyle Rittenhouse went to the BLM riots in Kenosha last summer, armed with a rifle. While he was there, he shot three people. He killed two of them. The prosecution claims this was murder. Kyle Rittenhouse says it was self-defense, so it’s pretty simple.

But here’s the amazing thing: Every single witness the prosecution has called so far has wound up making Kyle Rittenhouse’s case for him. That would include even Gaige Grosskreutz. He’s the avowed communist who Rittenhouse shot in the arm. Grosskreutz was supposed to be the prosecution’s star witness in this trial. But once he got on the stand, he admitted that Kyle Rittenhouse only shot him after he pointed a loaded gun in the boy’s face.

CHIRAFISI: That’s a photo of you, Yes.

CHIRAFISI: That is Mr. Rittenhouse?

CHIRAFISI: Now, You would agree your firearm is pointed at Mr. Rittenhouse correct?

CHIRAFISI: Okay and once your firearm is pointed at Mr. Rittenhouse, that’s when he fires his gun. Yes?

CHIRAFISI: Sir, does this look like right now your arm is being shot?

GROSSKREUTZ: That looks like my bicep being vaporized, yes.

CHIRAFISI: OK. And it’s being vaporized as you’re pointing your gun directly at him, yes?

CHIRAFISI: Okay. So, when you were standing three to five feet from him with your arms up in the air, he never fired, right?

CHIRAFISI: It wasn’t until you pointed your gun at him, advanced on him, with your gun — now your hands down, pointed at him — that he fired, right?

So that’s kind of it right there, that’s pretty much the end of the trial, because when someone runs up and points a loaded gun in your face, you are allowed to shoot that person that is called self-defense. That’s the rule. It has been the rule throughout human history, in every society on Earth since people lived in caves.

According to the prosecution’s star witness, self-defense is exactly what happened here. So as a matter of law, in addition to custom and common sense, Gaige Grosskreutz just proves that Kyle Rittenhouse acted to defend himself from harm. So we’re done.

But the trial kept going, and as it did keep going, things got even weirder and much worse for the prosecution. Gaige Grosskreutz, for example, admitted that he was carrying his gun illegally. He’d been arrested for felony burglary. Of course, he had. So his gun permit was invalid.

Grosskreutz also admitted under oath that when he sued the city of Kenosha for $10 million, which for some reason he thought he was owed, he failed to mention the fact that he was carrying a firearm and pointing it in people’s faces. Devastating, really. But the whole trial has been like that. Disaster after disaster, after disaster for the prosecution.

At one point, a detective, a witness called by the prosecution, implicated the prosecution in a cover-up. The detective admitted that the police did not search Gage Grosskreutz’s phone after the shooting, even though they had a valid warrant to do that. Well, why didn’t they? Well, they didn’t, because the prosecution ordered the police not to look at the phone, and that had never happened before. And you can see why it’s baffling, really. Why would a government lawyer want less evidence in a case? According to the detective on the stand, the prosecutor cited something called Marsy’s Law.

CHIRAFISI: Have you ever relied on Marsy’s Law not to execute a search warrant since it’s gone into effect.

ANTARAMIAN: We’ve had conversations in the aftermath but I don’t recall not searching one solely on that basis.

CHIRAFISI:  So this is, if I’m fair, it is the only one you recall using Marsy’s Law? As the basis for not doing it?

CHIRAFISI: And it’s the only one that you recall ever getting a direction from a prosecutor handling a case not to do it.

But it turned out the prosecutor didn’t want to know what happened that night. He wanted to declare Kyle Rittenhouse a murderer. He was under enormous political pressure to do that, so that’s exactly what he did. It goes without saying this is not how A

American justice is supposed to work. But thankfully, like most webs of deception, it collapsed under scrutiny in a big way.

After Grosskreutz admitted his culpability, the prosecutor did a big face palm: 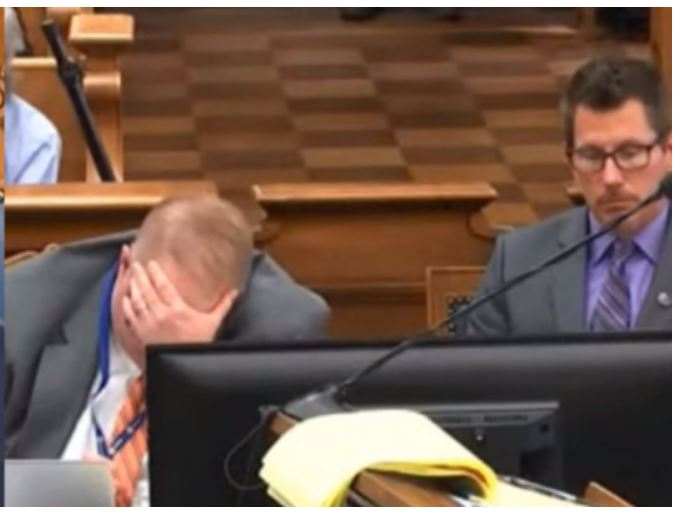 The mob attacked him, and he did exactly what he needed to do to avoid getting killed himself.

These are the thugs he shot. All three have a criminal record a mile long. 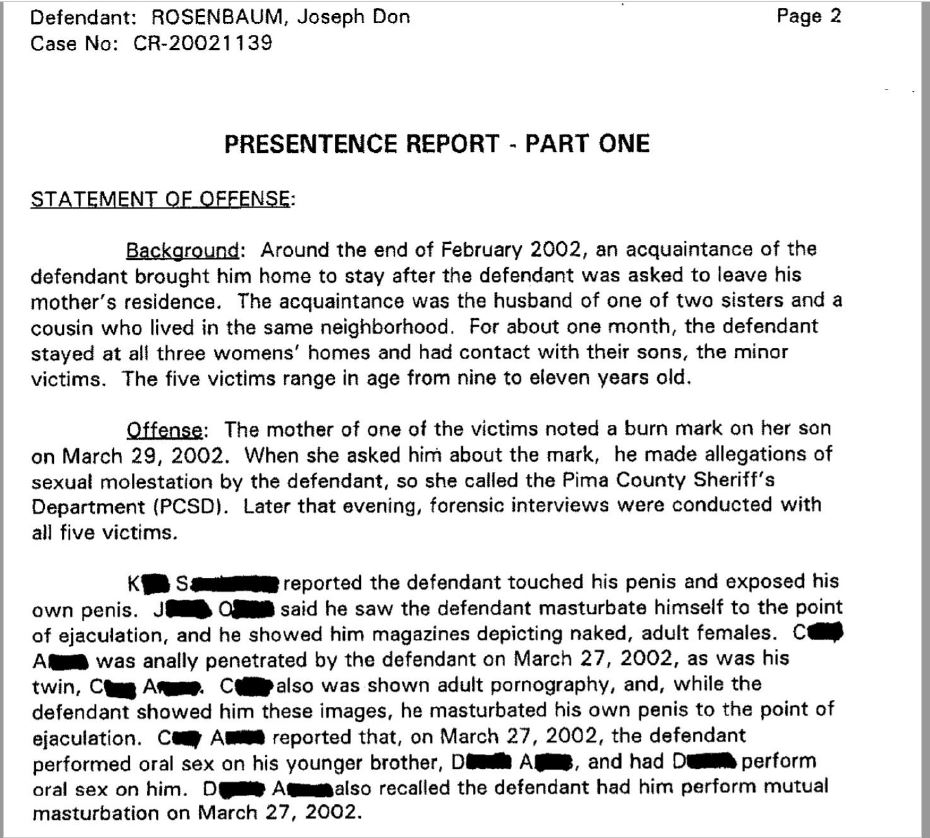 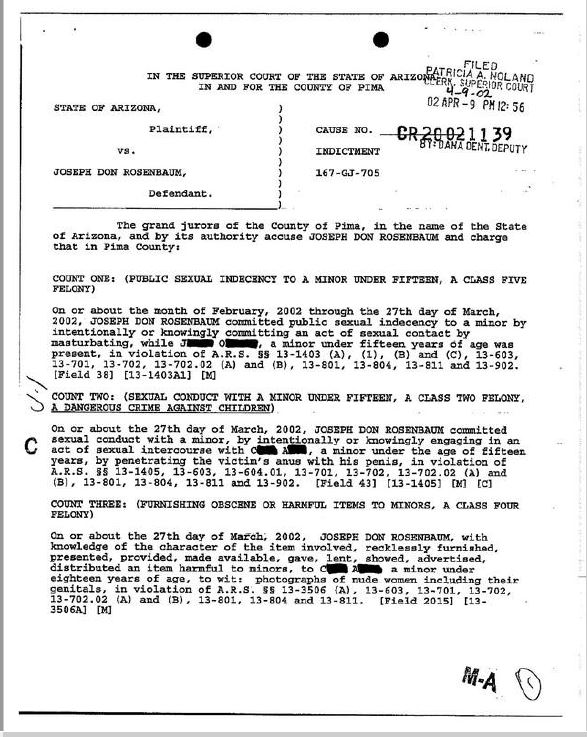 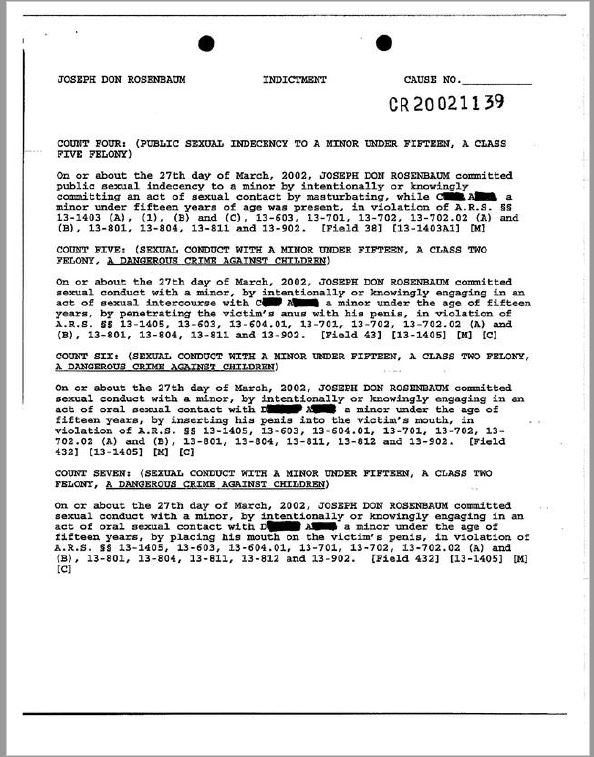 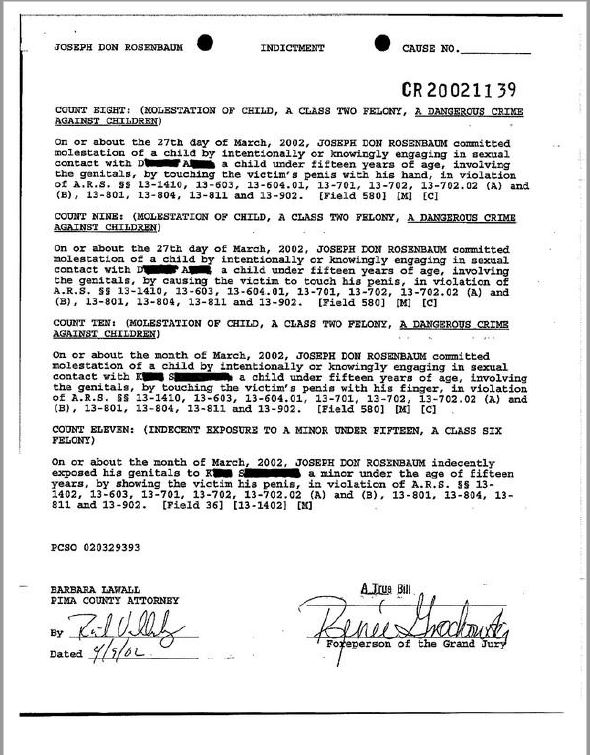 He screamed at Rittenhouse as he tried to assault him: “Shoot me nigga”.  Well, the motherfucker got his wish.

Anthony Huber was filmed chasing down the armed teen and hitting him when he was on the ground with a skateboard. He has a criminal history that includes charges of battery & repeat domestic abuse: 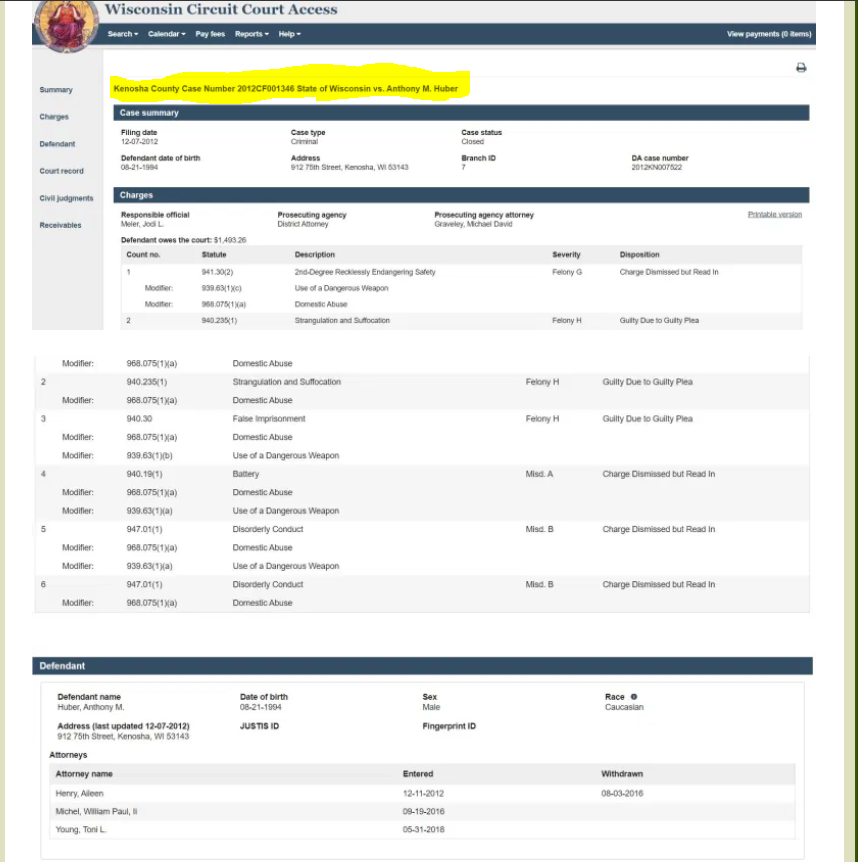 This is Huber assaulting Rittenhouse: 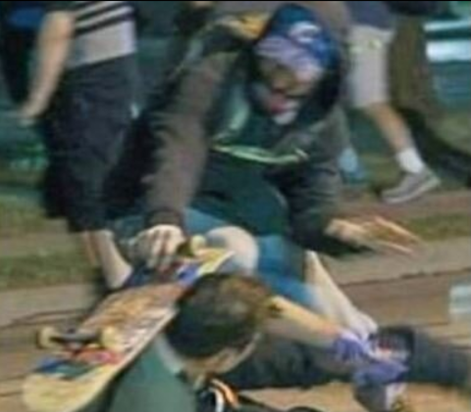 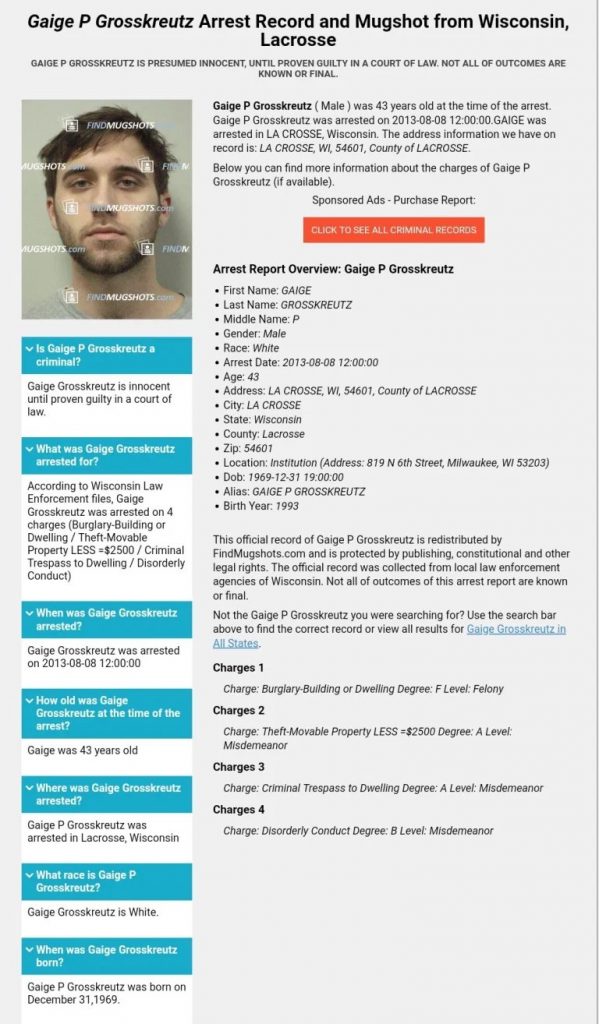 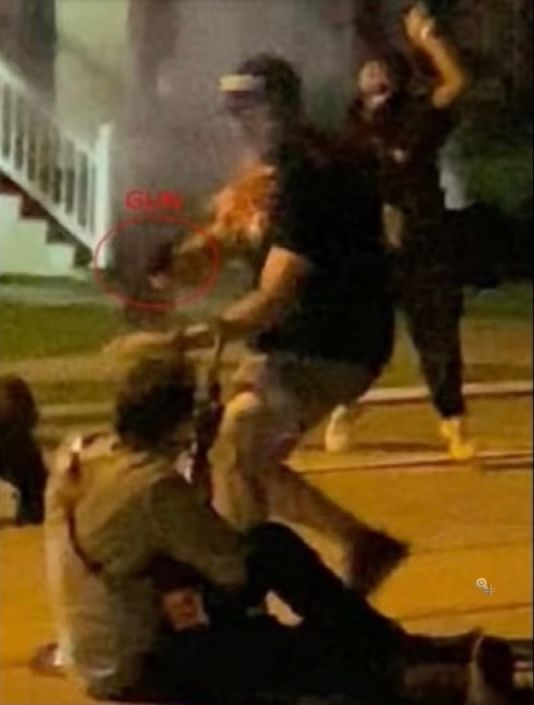 Grosskreutz is a convicted felon who showed up at an Antifa riot with a gun.

Someone with a Antifa/BLM ax to grind was caught filming the jury as they boarded a bus to the court house:

The Wisconsin judge overseeing the murder trial of Kyle Rittenhouse announced Tuesday that deputies had caught someone recording video of the jurors earlier in the day and would be taking new steps to ensure the incident did not happen again, in addition to ordering the person to delete the images.
The jury entered the Kenosha County courtroom on Tuesday morning and was greeted by Judge Bruce Schroeder, who referenced “the incident at the bus pick-up this morning.” Before the panel of jurors arrived, Schroeder had revealed that someone was spotted filming the group.
“I’ve been assured that … the video, which had been taken, has been deleted,” Schroeder told the jury, “and new procedures are being instituted so that something like that … should not recur.”

The a ‘friend’ of thug George Floyd issued a threat to the jurors:

George Floyd’s nephew Cortez Rice is threatening Rittenhouse jurors and the judge in the Wright case.

“I ain’t even gonna name the people that I know that’s up in the Kenosha trial. But it’s cameras in there. It’s definitely cameras up in there. There’s definitely people taking pictures of the juries and everything like that. We know what’s going on.  So we need the same results, man.”

George Floyd’s nephew, Cortez Rice, makes a claim that he knows people taking photos of jurors during the Kyle Rittenhouse trial in Kenosha, Wisconsin. His goal is to dox jurors if they do not convict. pic.twitter.com/uwLuV2ftfV

Cortez Rice was not blood related to George Floyd but has continuously referred to himself as Floyd’s nephew, although they were merely friends.

Rice, a self-professed civil rights activist & advocate for the people, admins a private group on Facebook called “United We Walk”.

It’s a clear case of self defense, but the entire proceedings were driven by a politicized “judicial system”  that targets conservatives and patriots but allows Antifa and BLM thugs to walk free.

The prosecutors are driven by political agenda and not evidence.  Rittenhouse will be acquitted.