Every county sheriff in the Los Angeles region has reportedly declined to enforce the new near-statewide curfew announced Thursday by Gov. Gavin Newsom. 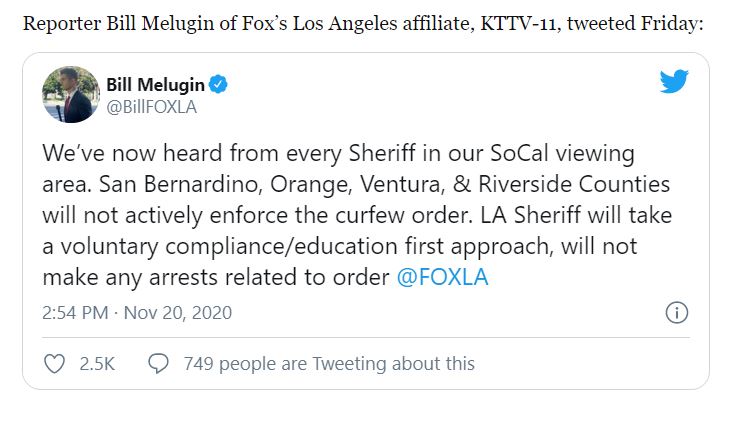 As Breitbart News reported Thursday, Orange County Sheriff Don Barnes issued a statement saying that his officers would emphasize an “education-first approach” but would not respond to calls only related to coronavirus enforcement…

Newsom announced the curfew Thursday, after hinting earlier in the week that he was studying curfews in other states and countries, including Saudi Arabia.

And probably North Korea as well.

Curfews, lockdowns, and masks do nothing except prolong a virus outbreak because no one becomes immune. Secondly, the economic impact is disastrous.

Americans are fed up and will no longer tolerate left-wing dictators trying to violate civil and individual liberties.