A map of states that won’t comply: 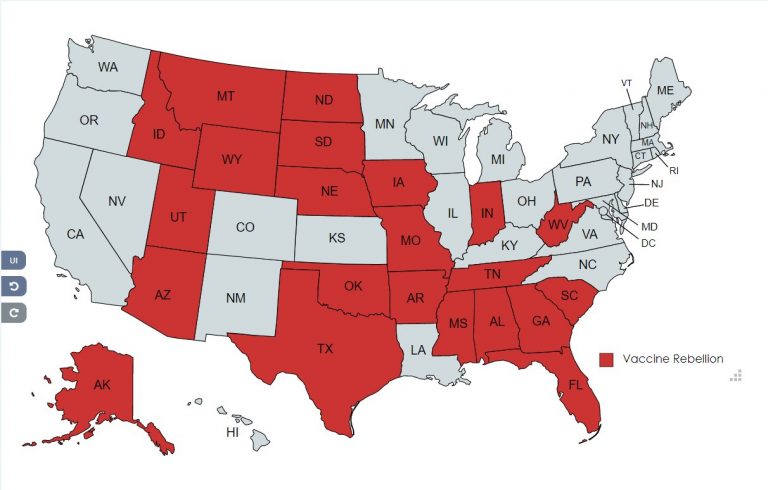 Expect it to grow.

Biden’s speech on the new government commandment forcing the vax on citizens would have George Orwell saying “I told you so.”

“This is not about freedom or personal choice,” Biden said during a speech from the White House. “It’s about protecting yourself and those around you.”

Biden used a sharper tone against unvaccinated Americans, lecturing them for refusing the vaccine.

“We’ve been patient, but our patience is wearing thin,” he said.

The president said he “understood” why vaccinated Americans were angry about the continued rise in cases around the country.

“Many of us are frustrated with the 80 million Americans who are not vaccinated,” Biden said.

The plan released by the White House noted the Department of Labor’s Occupational Safety and Health Administration (OSHA) would develop a rule requiring all private companies with 100 or more employees to make sure their employees were fully vaccinated or produce weekly negative test results.

Guess what motherfucker, we’re pissed at your corruption and incessant addlebrained stupidity.  His edict is unconstitutional and will fail. He does not have the authority to force injections on people who work for private businesses.

In July, Jen Psaki said it is “not the role of the federal government” to force Americans to get vaccinated. pic.twitter.com/C64KEP3d3C

The Biden regime always lies about their intentions before they inflict more bullshit.

Are you people trying to start a full on revolt? Honestly what the hell is wrong with Democrats? Leave people the hell alone. This is insanity.

Mandates are cheap governance. The right path is built upon explaining, educating, and *building* trust, including explaining the risks/benefits/pros/cons in an honest way so a person can make their own decision. The Biden Administration has completely failed in that regard.

Our founders designed a system that treated citizens as more than just children. Our grand experiment is designed for a free people. Yes, that entails risk. Yes, I’ll take risk and freedom over a paternalistic government any day.

And it should be noted, a huge portion of the unvaccinated are younger minorities. So this impacts a broad range of people, not just “anti-vaxxer Trump supporters,” as Dems believe. Democrats are declaring war on everyone, not just conservatives. 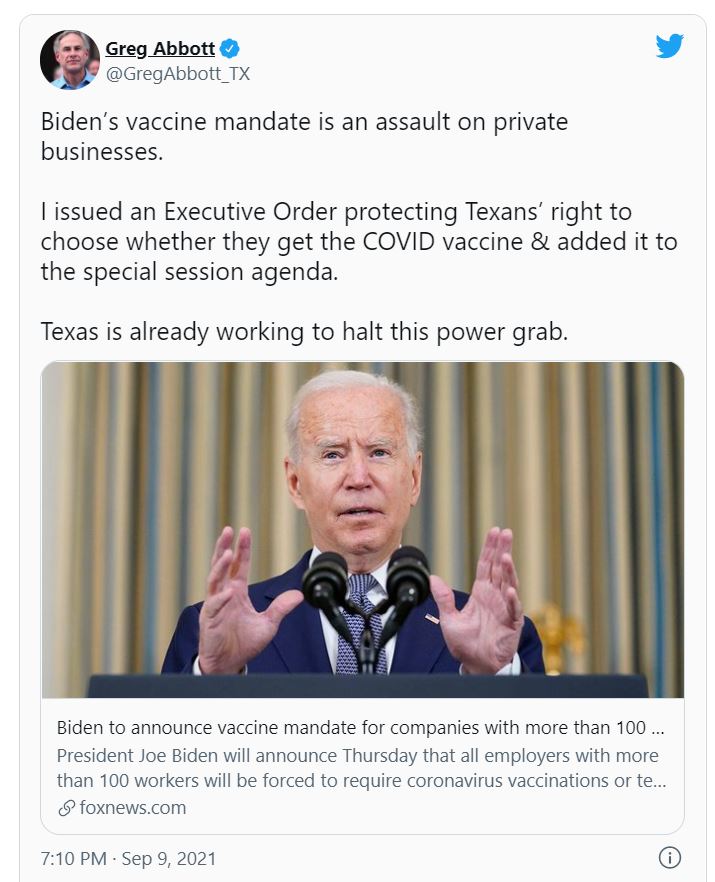 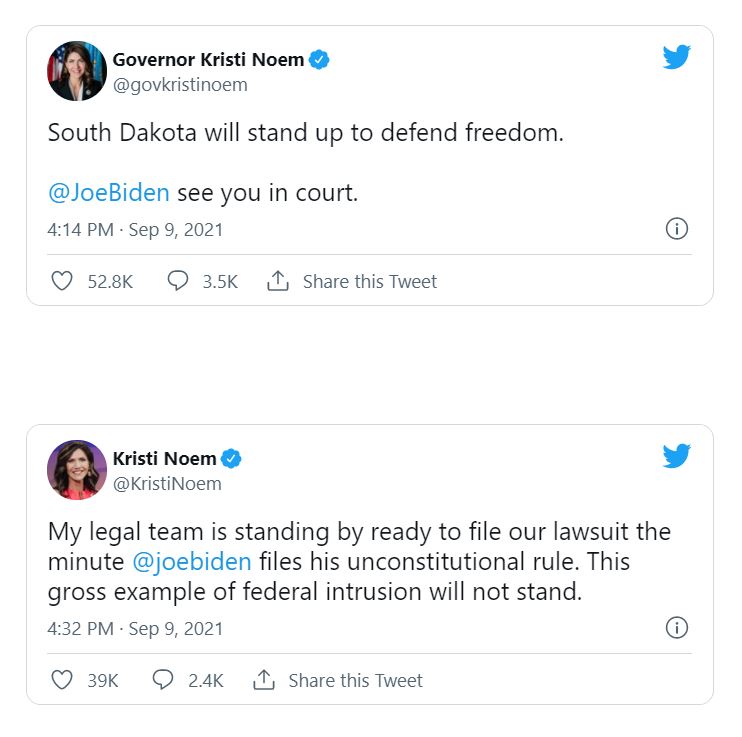 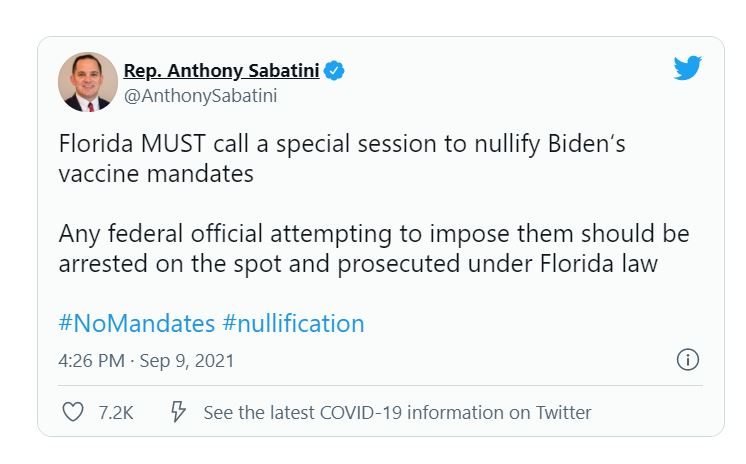 Biden doesn’t have the cognitive ability to realize what he’s doing.  He’s not even making his own decisions. Ron Klain, his Chief of Staff is running the circus.

Biden and his cabal are begging for another revolution in America. And it won’t end to their liking.