Thanks, Obama. Thanks, Biden. You ratfucks. 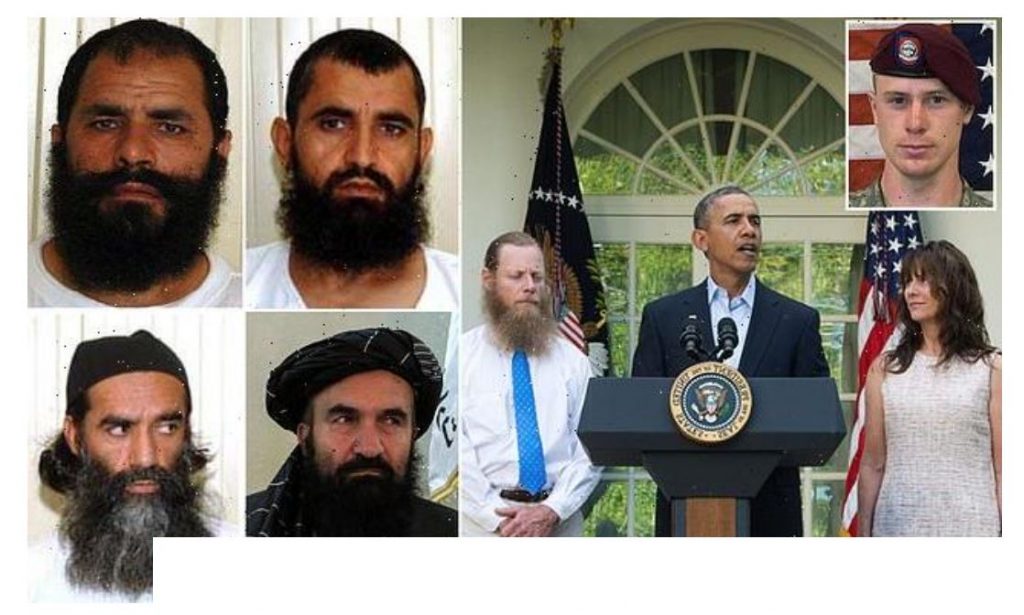 The newly-formed Taliban government in Afghanistan includes the most hardened jihadists. Appointees include ex-Guantanamo detainees and a man on the FBI’s most wanted list.

Needless to say, no women have been appointed to the new so-called government.

It is ludicrous that some in the West, such as the UK government, see “scope for dialogue” with the Taliban, while monitoring the group to see “whether it lives up to its promises to maintain peace.” The Taliban would never be “peaceful” as the UK sees “peace.” In the Taliban’s Afghanistan, “peace” will only come if citizens adhere to its strictly imposed Sharia provisions: death to homosexuals, the murder of women who are uncovered, and the sex slavery of infidels. The Taliban’s choice of government appointees gives a sneak peak of just how “peaceful” the Taliban will be.

“The Taliban on Tuesday announced the formation of a hardline interim government for Afghanistan, filling top posts with veterans of the militant group who oversaw the 20-year fight against the US-led military coalition.

No women or members from Afghanistan’s ousted leadership were selected for acting cabinet positions or named to advisory roles, in spite of the Taliban’s promises of an inclusive government and more moderate form of Islamic rule than when it was last in power, from 1996 to 2001.

The Taliban named Mohammad Hassan Akhund, a close aide of the Taliban’s late founder Mohammad Omar, as acting prime minister and Abdul Ghani Baradar, one of the group’s co-founders, was appointed his deputy. Mohammed Yaqoob, a son of Omar, was appointed acting defense minister.

The selection conveys a vision for the future that will do little to allay concerns among foreign governments, as the Taliban seeks international recognition and desperately needed aid. Without access to funds frozen by the US and other nations as well as the International Monetary Fund, Afghanistan faces a deteriorating humanitarian and economic situation. Global leaders and lenders are still waiting to see how the Taliban will treat opposition, women, as well as religious and ethnic minorities.

In a telephone call Tuesday with Hamid Karzai, the former president of Afghanistan, Iran’s foreign minister called for an Afghan government based on dialogue between all groups and emphasized the need to form an inclusive government that is reflective of the country’s diverse ethnic composition.

Zabihullah said in a statement that the new government would protect “the country’s highest interest” and uphold Sharia law as interpreted by the Taliban. The militant group said it would name permanent leadership soon.

Former Guantanamo detainees, one of the FBI’s most wanted men:

The lineup of senior positions, which includes former Guantanamo inmates, members of a US-designated terror group and subjects of an international sanctions lists, presents the first snapshot of how the Taliban’s leadership of Afghanistan will begin to take shape.

Like many in the Taliban’s incoming cabinet, interim Prime Minister Mohammad Hassan Akhund is under United Nations sanctions. A long-time Taliban member, he has been leader of the group’s Shura, or Leadership Council, for about two decades…..”

Four of those new top commanders in the Taliban  were some of the worst cutthroats at GITMO.  The Taliban on Tuesday announced the appointment of Acting Director of Intelligence Abdul Haq Wasiq, Acting Minister of Borders and Tribal Affairs Norullah Noori, Deputy Defense Minister Mohammad Fazl, and Acting Minister of Information and Culture Khairullah Khairkhah.