He’s as bad as the Biden Family Crime Syndicate.  They’re in bed with the ChiComs, too.

Three of the most recent financial disclosures from Democratic Congressman Vicente Gonzalez reveal he has a bank account housed with the state-run Bank of China he has received interest from while in Congress.
A filing approved in 2018 lists an account with the Bank of China worth between $100,001 to $250,000 and also reveals Gonzalez received income from the account worth $2,501 and $5,000. 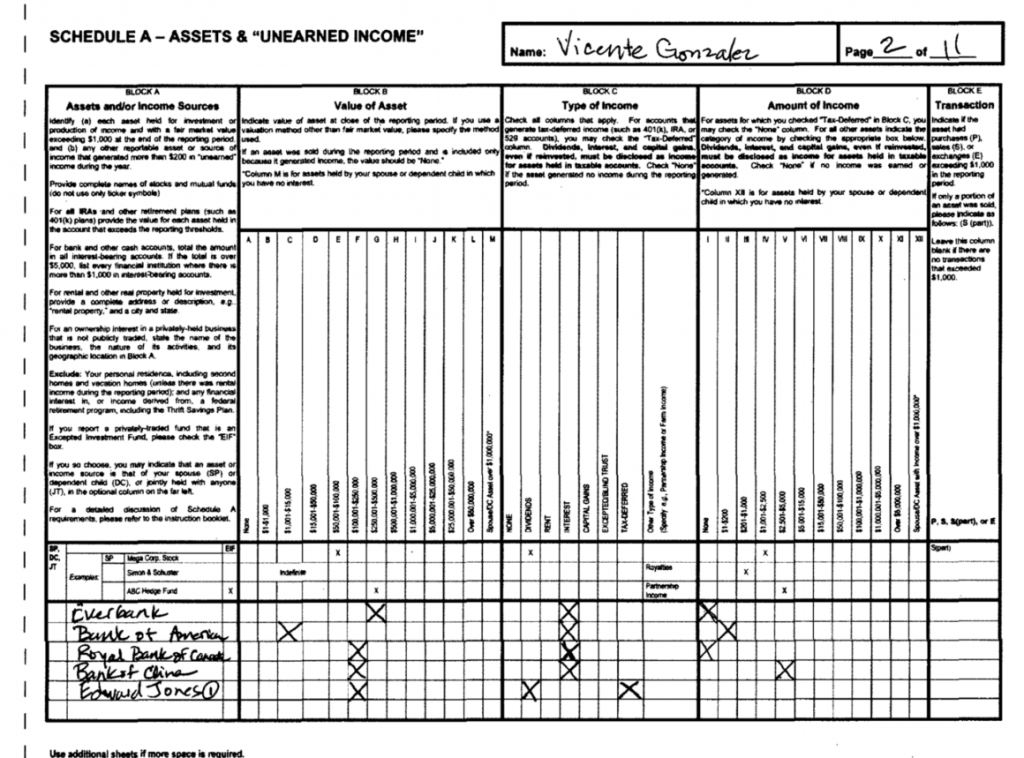 And Gonzalez’s filings dated to 2019 and 2020 show an account with the same value and payout.

The Bank of China – owned and operated entirely by the Chinese Communist Party – highlights in its “About Us” statement how it “will follow Xi Jinping Thought on Socialism with Chinese Characteristics for a New Era” with its investments and cooperates extensively with party groups including Communist Youth Leagues.

“By 2050, the Bank will have become a “financial treasure” of a great modern socialist country, and will serve as a paragon of the global financial industry,” the bank adds.

“Gonzalez had signed a letter from the Blue Dog Coalition—a group of self-proclaimed “moderate” Democrats—last May claiming he wanted to be tough on China. Writing about the U.S.-China relationship, one the letter that Gonzalez signed claimed is “arguably the most consequential bilateral relationship in the world,” Gonzalez and his fellow Blue Dog Democrats advocated for standing up against the Chinese Communist Party whenever Americans are threatened by it,” Breitbart ironically notes.

So, while this asshole pretends to be tough on China, he’s actually getting his palms greased by Beijing.