While the House managers were quoting Shakespeare in their case against President Donald Trump last week, it appears that the Bard may soon be less known than “Poor Yorick” who we once knew so well. There is a growing campaign by teachers to drop Shakespeare and other Western literature from classes. One group, #DisruptTexts, insists “This is about White supremacy and colonization.” Lorena German, National Council of Teachers of English Anti-Racism Committee chair and a co-founder of the Disrupt Texts forum insisted “everything about the fact that he was a man of his time is problematic about his plays. We cannot teach Shakespeare responsibly and not disrupt the ways people are characterized and developed.”

We previously discussed how the portrait of William Shakespeare was removed at the University of Pennsylvania’s English Department as a statement for greater racial sensitivity and diversity. Students are increasingly being deprived of such foundational classics as “Romeo and Juliet,” “Macbeth,” “King Lear” or Richard III. These are works that are not only masterpieces but shaped generations of later works and continue to be referenced in modern writing.  Yet, this is a movement that has been building since 1987 when Jesse Jackson led Stanford undergraduates chanting, “Hey, ho, Western Civ has got to go!”

German insisted that Shakespeare “is not ‘universal’ in a way that other authors are not. He is not more ‘timeless’ than anyone else.” Some teachers advocating replacing Shakespeare with such works as “Hunger Games.”

Shakespeare could have seen his coming when he wrote in As You Like It that “All the world’s a stage, and all the men and women merely players. They have their exits and their entrances; one man in his time plays many parts.” However, the exiting of Shakespeare will come at a terrible cost for our students. While Shakespeare appears the new rallying cry for woke teachers, he is “a man more sinned against than sinning.”  If he is stripped away from our reading lists, our students will be the poorer for it.

A New York City public school sent out a graphic to parents encouraging them to become “white traitors” and “white abolitionists.”

According to Christopher Rufo, a writer at City Journal dedicated to covering “critical race theory,” the principal of East Side Community School in New York sent out a graphic detailing the eight types of “whiteness.” The graphic shows a scale of “white identities” ranging from good to bad. Good is considered being a “white abolitionist” and bad is considered being a “white supremacist.”

“There is a regime of whiteness, and there are action-oriented white identities,” the graphic reads. “People who identify with whiteness are one of these. It’s about time we build an ethnography of whiteness, since white people have been the ones writing about and governing others.”

A corresponding document details each of the eight white identities.

This is the idiot principal: 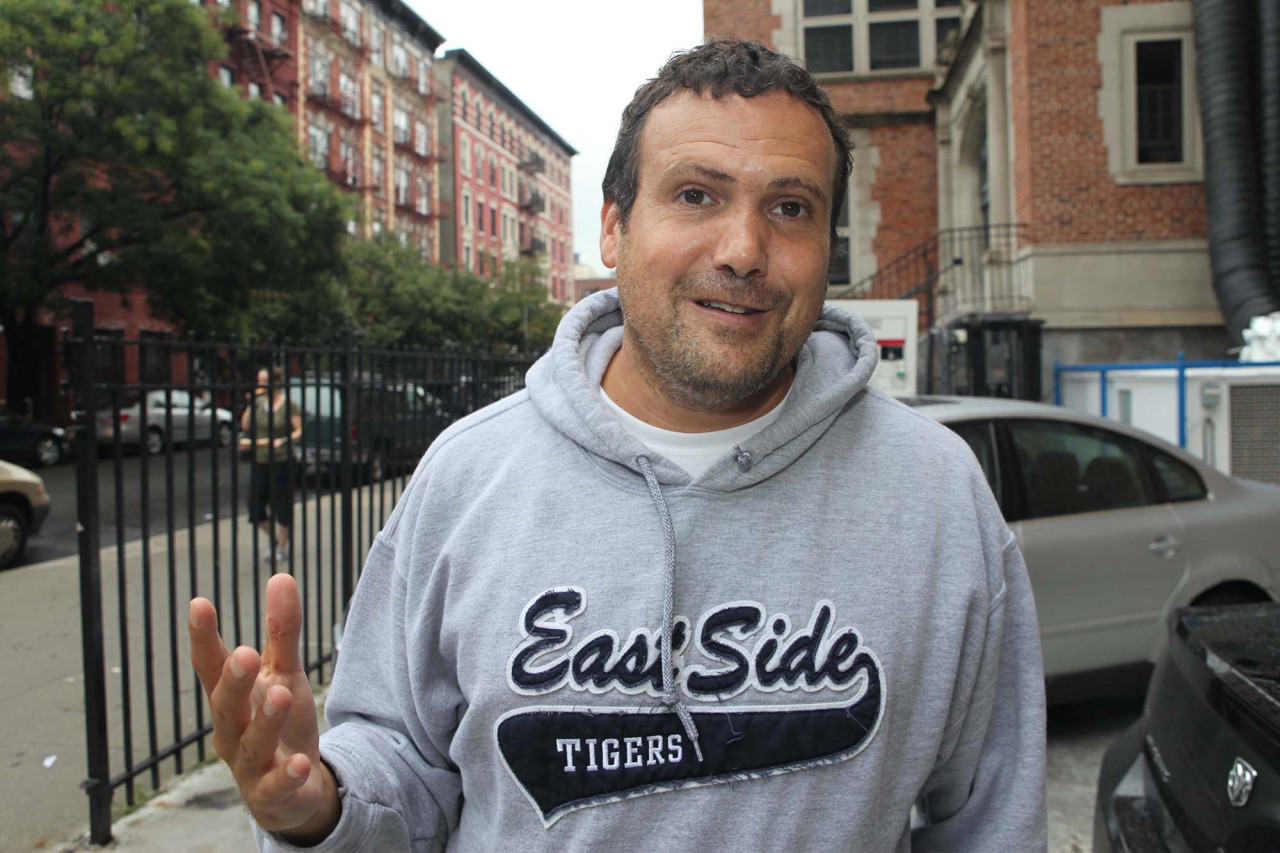 The curriculum, written by Barnor Hesse, an associate professor of African American studies at Northwestern University in Illinois, claims, “There is a regime of whiteness, and there are action-oriented white identities. 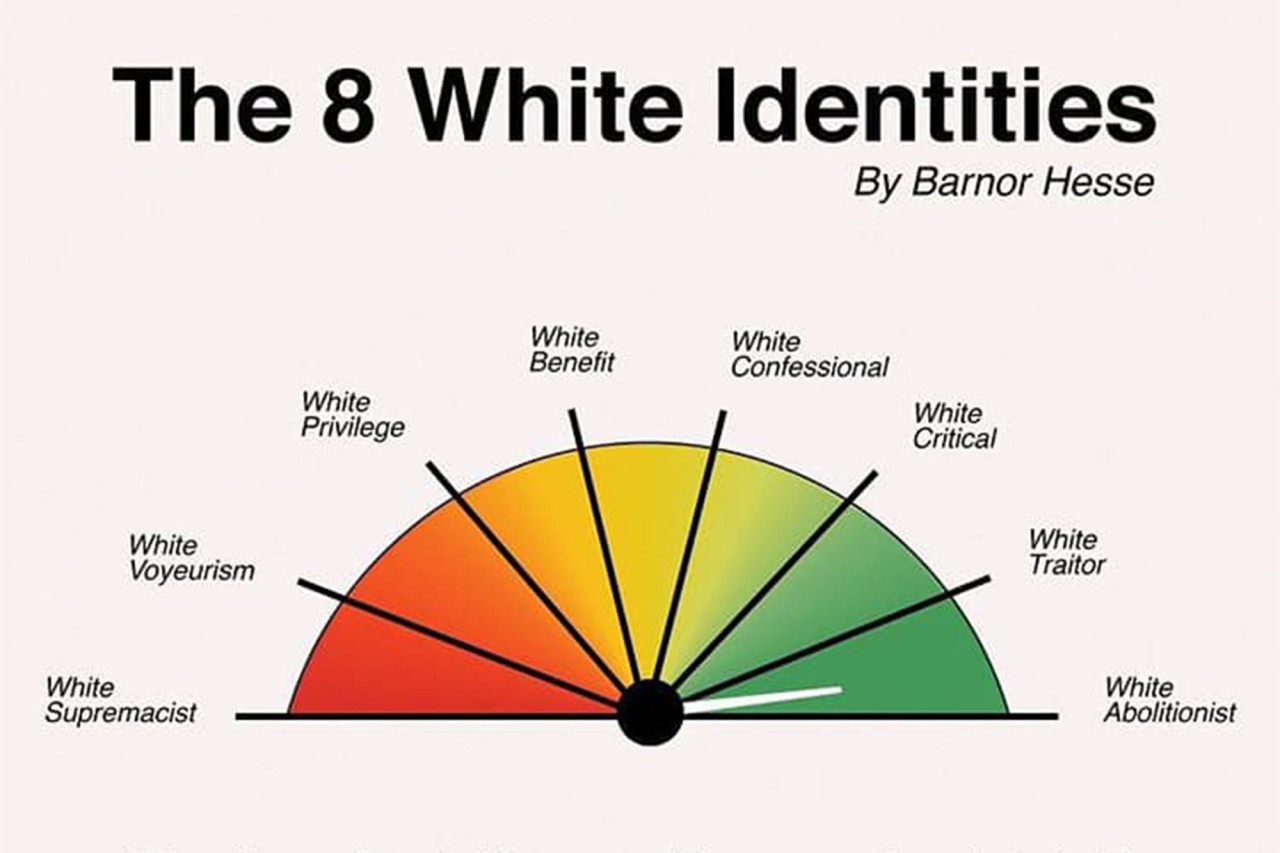 “People who identify with whiteness are one of these,’’ Hesse writes above the eight-point list.

This is the whiteness I identify with: 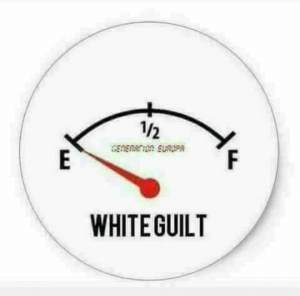 Leftwing academic intelligentsia has been indoctrinating children from K-12 with Marxism, Islam, adult sex acts, and pro-illegal alien propaganda. Now, hate for everything Caucasian is part of standard classroom instruction.

The ‘identities’ range from “white supremacist” to “white abolitionist”. I’m guessing their version of  “abolitionist” has to do with eradicating white people.

The Oregon Department of Education has asked white students to show how their math is a form of “white supremacy”.  Being able to handle basic math is a “white thing”.

Their fatuity has no limit. Case in point: a young ethnically black model was accused of “white privilege” because she’s an albino.

The educational system is just one institution that inculcates racism against whites. The injection of anti-white racism into military briefings started under Obama.

All this bullshit about “white supremacy” has me stumped. I want to know where the hell I can get mine.

This is how the left tries to change the language for their own benefit. They may be able to manipulate some, but to the rest of us, it looks like they’re going to get that race war they want.