Remember this the next time the Dems and their media tools bitch about the protest on 6 January: 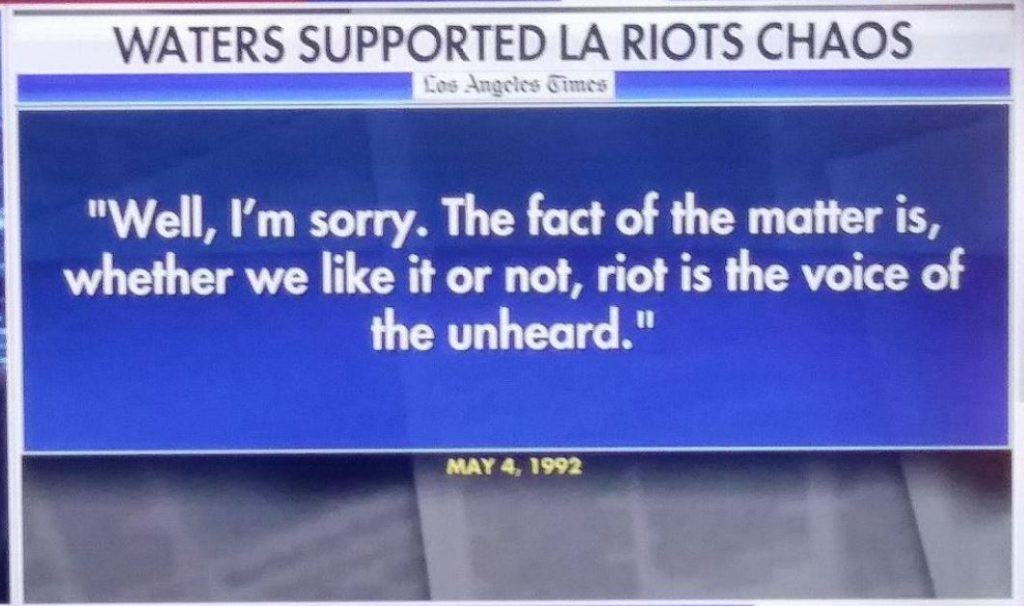 “Please, show me where it says protests are supposed to be polite and peaceful.” 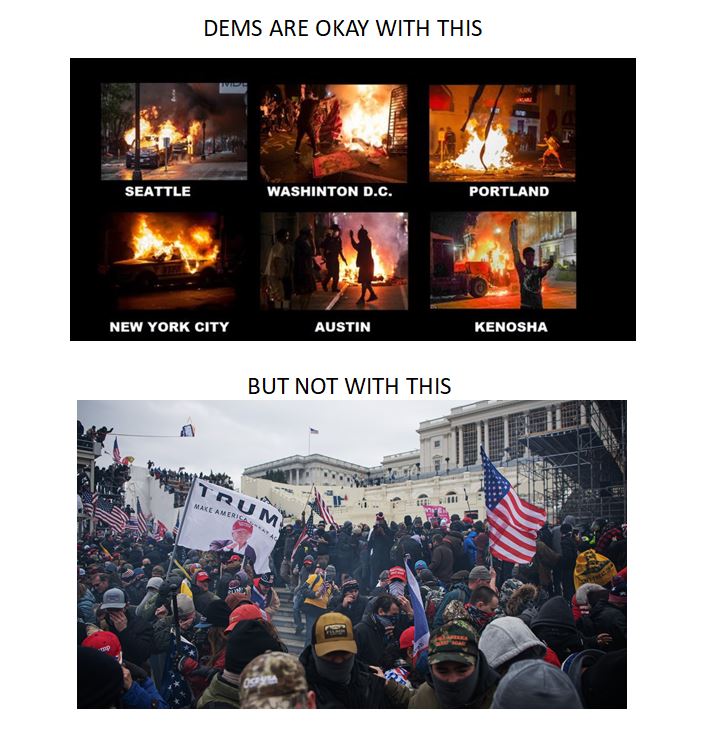 The Dems’ encouragement of violence for their own agenda is a matter of public record.

As Katie reported earlier today, Rep. Maxine Waters (D-CA), a sitting member of Congress, took to the streets in Brooklyn Center, Minnesota, where she called on riots to continue. She did so in the dead of the night, knowingly breaking curfew and encouraging others to do the same. As Hannah Nightingale with the Post Millennial reported, sure enough, something came of that. A news release from the Minnesota National Guard alerted that the Minnesota National Guardsmen security team were fired upon at about 4:19am, local time. Fortunately, the injuries two guardsmen sustained were minor.

Said Waters: “……got to stay on the street and get more active, more confrontational. They’ve got to know that we mean business.”

CBS This Morning co-anchor Tony Dokoupil says the smash and grab looting in a San Francisco Walgreens “was no biggie” because he probably got ‘ something he needed’.

What’s needed is a good rampage through the exclusive neighborhoods of the wealthy libtards who think “it’s no biggie”. It’s all fun and games until the revolution you cheered shows up on your doorstep.