Did they find a Millennium Falcon as well? 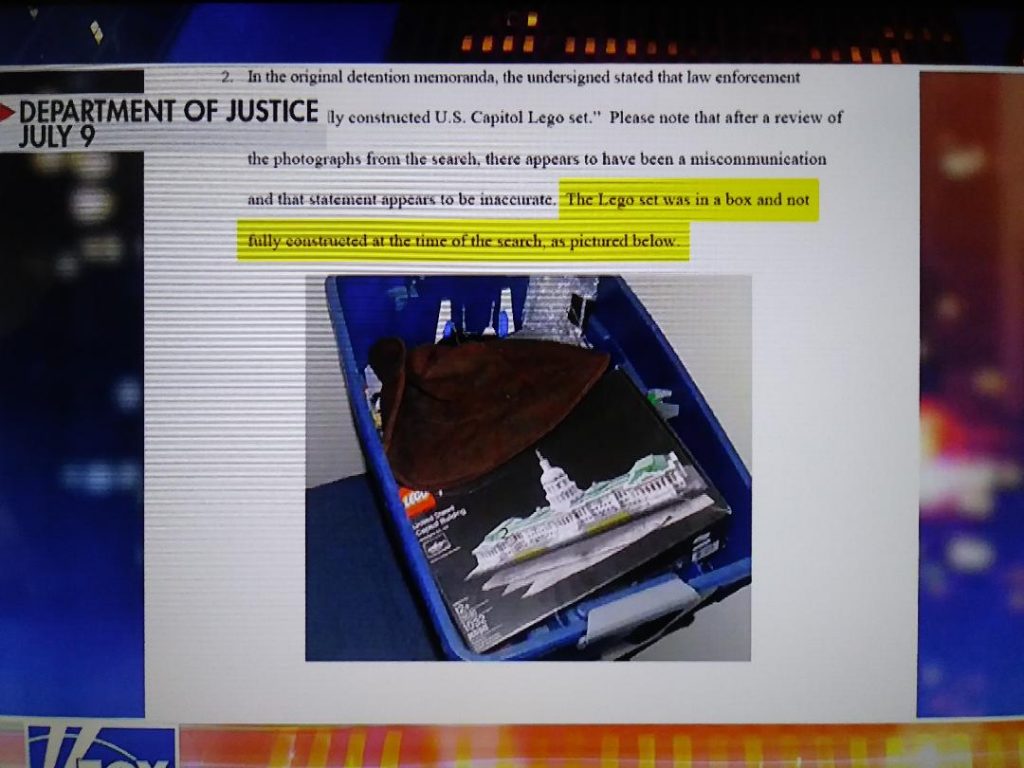 Still in the box. Apparently he isn’t enough of a “criminal mastermind” to put it together and plan an attack.

The FBI seized a “fully constructed” Lego set of the U.S. Capitol from the home of an alleged insurrectionist.

Prosecutors detailed the finding in a court document for Robert Morss, who was arrested on June 11 at his home in Glenshaw, Pa.

The government argued that Morss should be detained from court pending trial.

According to the court filing dated July 2, law enforcement recovered clothing and other items from Morss’s home that match what he carried on Jan. 6. Among the items were a “’Don’t Tread on Me’ flag, a neck gaiter, a military utility bag, a black tourniquet, and military fatigues.”

It’s unclear why Morss had the Lego set. The Pittsburg Post-Gazette previously reported that Morss was a substitute social studies teacher.

……prosecutors also claimed that Morss had three different firearms including a handgun, a shotgun and a rifle. He also had a notebook that included “Step by Step To Create Hometown Militia.”

So? The Second Amendment protects his right to own firearms.  As far as wardrobe accessories, they can find plenty of neck gaiters, utility bags, and fatigues in the closet of any Antifa punk.

……Morss was seen on video trying to push through police lines, while officers asked the crowd to back up. He was also allegedly seen grabbing an officer’s baton and trying to rip it away.

The Justice Department also said that Morss tried to rip other items from law enforcement, including metal fencing and protective shields.

Antifa and BLM thugs have done far worse, but the government goons prefer to go after fed up patriots who breached the halls of corruption and traumatized fragile Dems.

1 thought on “The FBI Seized a Constructed Lego Set of the U.S. Capitol From an Alleged “lnsurrectionist””