Hat tip to Jared Tosch, who exposed these cretins.

Hundreds of people have been exposed for reporting people who have flouted social distancing rules and some are now scared they could receive a backlash.

The names and addresses of approximately 900 people in Missouri were released as part of a media request under the Sunshine Law, which allows for the release of information submitted to a public agency (except for wrongdoing and abuse tips).

St. Louis County had urged the community to share details of anyone not following guidelines in response to the coronavirus pandemic and noted in the terms and conditions that information may be shared publicly.

However some people may not have read the small print submitted tips via an online form and email from the end of March.

Still the documents published online ended up being shared on social media and one man, Jared Totsch, helped it spread further as he posted in a Facebook group: ‘Here ya go. The gallery of snitches, busybodies, and employees who rat out their own neighbors and employers over the Panic-demic.’

……’If they are worried about retaliation, they should have read the fine print which stated their tips would be open public record subject to a Sunshine request, and should not have submitted tips in that manner to begin with,’ Totsch wrote. ‘I released the info in an attempt to discourage such behavior in the future.’

Asked how he felt about some possibly losing their job because their email was published, Totsch was under the impression it would be deserved.

‘I’d call it poetic justice, instant Karma, a dose of their own medicine. What goes around, comes around,’ Tosch wrote. ‘They are now experiencing the same pain that they themselves helped to inflict on those they filed complaints against.’

……In Tulsa, Oklahoma last month Lt. Meulenberg said the department’s call volume has increased substantially with residents ratting out businesses and neighbors alike, though they can’t respond to all of them.

A bar owner said more than a dozen motorcyclists showed up unannounced, but he served them a round of shots anyway to celebrate a birthday.

Another live-streamed a drag queen show on Facebook while up to 20 people drank inside the locked bar, ignoring police when they knocked on the door.

Both were busted – and received misdemeanor citations and court dates – after police responded to tips that the bars were violating the mayor’s order shuttering all nonessential businesses to help slow the spread of the coronavirus.

In some places, investigators are patrolling the streets, looking for violators.

A team enforcing Denver’s shelter-in-place order issued five citations – including to Hobby Lobby and a Game Stop franchise that claimed it was essential – and more than 600 warnings to businesses and individuals as of last month, city spokesman Alton Dillard said. The team also patrols neighborhoods, parks and recreation areas.

In Newark, New Jersey, police shut down 15 businesses in one night and cited 161 people for violating the governor’s restrictions, saying others would be next if they didn’t heed directives. And Maryland State Police said they’d conducted nearly 6,600 business and crowd compliance checks.

……Chicago police even disbanded a funeral Sunday after seeing a group of up to 60 people, many elderly, congregating inside a church, police spokesman Anthony Guglielmi said.

Naugatuck, Connecticut, resident Gwen Becker said she was ‘mortified’ when she drove by a golf course and saw a crowd gathered around a food truck and eating at tables together. So she took a video that her friend posted on Facebook – prompting the mayor to shut down the course.

“Mortified”.  But the police state and the damaged economy don’t faze her.

These crapweasels are the same as the Gestapo informants who reported their Jewish neighbors.

Here’s a few of them:

No ice cream for you.

Not the door handles!

This airhead thinks her job is not essential. Maybe she can give her lecture to the millions of Americans who just joined the ranks of the unemployed, who lost their homes, and can’t pay the bills:

Oh no! Teens trying to get some outdoor exercise. Quick, call the SWAT team! 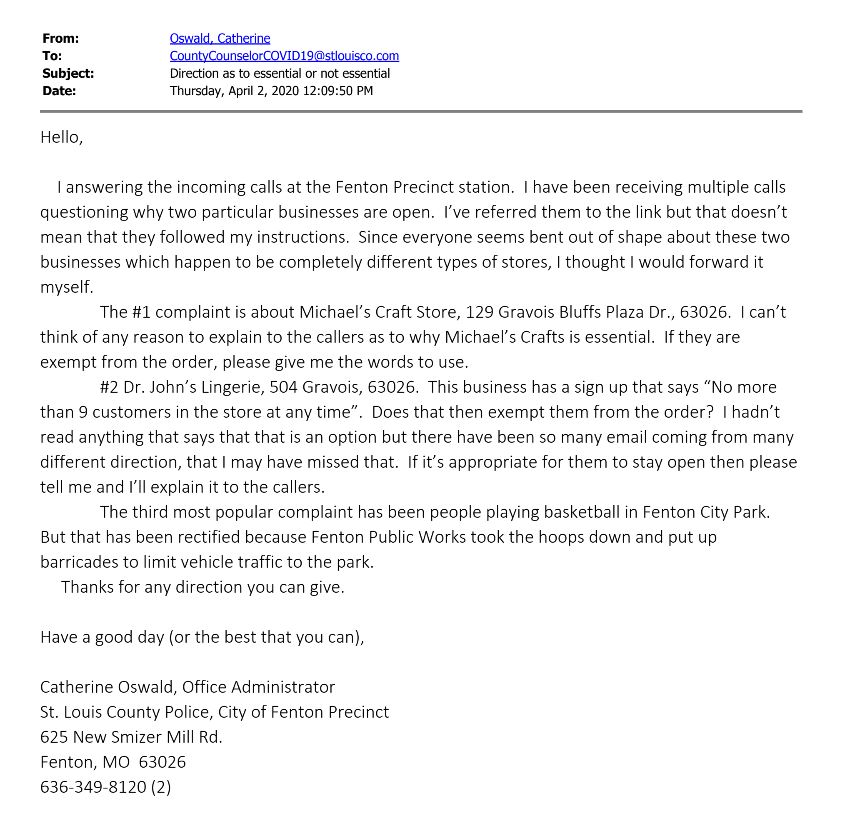 This illiterate moron probably never goes to a gym:

Maybe Marshall would like them to leave it on his front porch without a box: 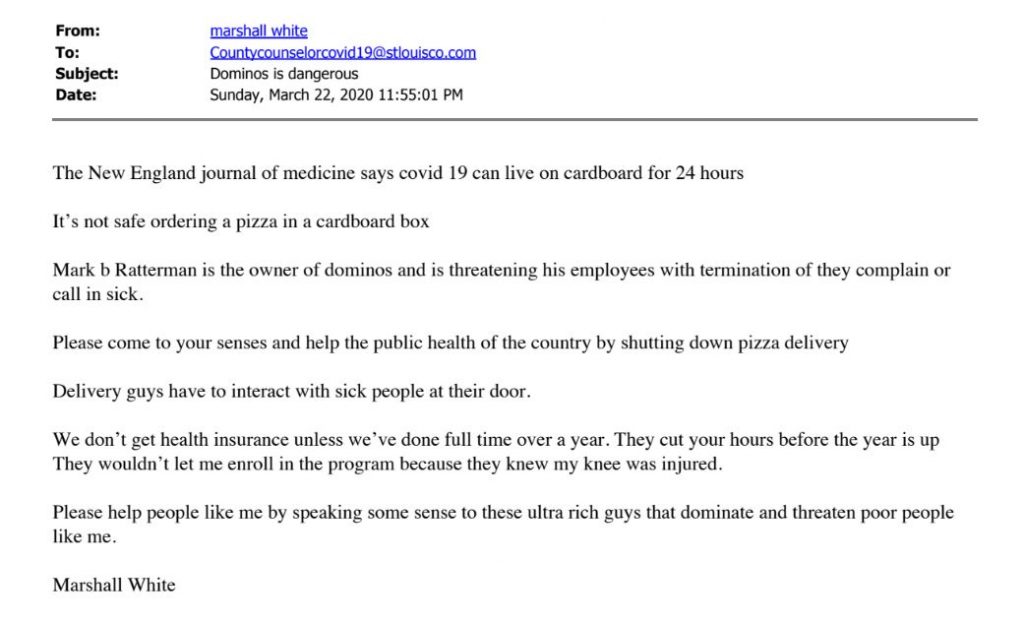