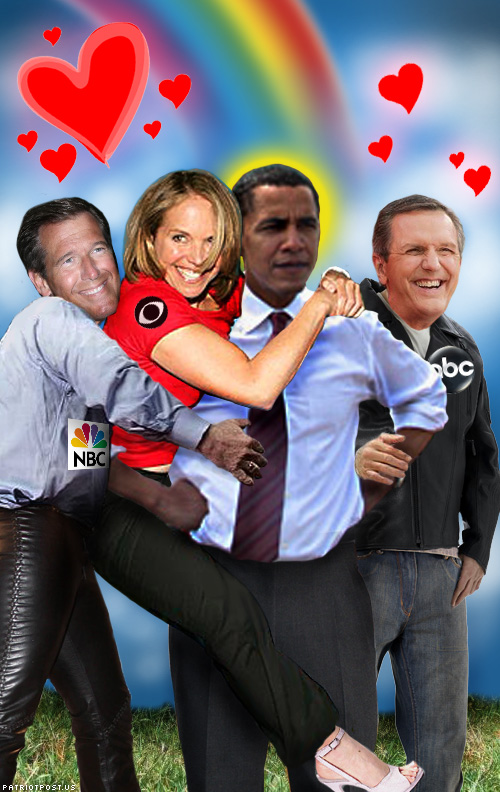 Obama began his final press conference on a surprising note. Despite “not liking all of the stories you’ve filed,” he told the gathered White House press corps, it’s you’re duty to ask “tough questions” and not be “sycophants.”

Too bad reporters were apparently not paying attention.

What followed was one softball after another, with rhetorical foot massages sandwiched between.

“It’s been an honor,” said another, before literally making the “call me” expression while pointing at her cellphone.

A reporter for The Blade, Chris Johnson, used his opportunity to ask the president a question to instead list a series of LGBT “accomplishments” Obama enjoyed during his tenure — before setting the president up to attack Trump.

“On LGBT rights, we have seen a lot of achievements over the past 8 years, including signing hate crime protection legislation, ‘don’t ask, don’t tell’ repeal, marriage equality nationwide and ensuring transgender people feel visible and respected,” Johnson began. “How do you think LGBT rights will rank in terms of your accomplishments and your legacy? And how confident are you that Congress will endure or continue under the President-elect?”

“Are you fearful for the status of those DREAMers” under Trump, another reporter asked suggestively.

“Under your watch, people have said, you have expanded the rubber band of inclusion,” another reporter began. “And with the election and the incoming administration, people are saying, the rubber band has recoiled and maybe even is broken. And I’m thinking back to a time on Air Force One going to Selma, Ala., when you said your job was to close the gaps the remain.”

“What gaps still remain?” she asked. “And also, what part will you play in fixing those gaps in your new life?”

With questions like these, it’s no wonder Obama doesn’t want to stay too far from Washington.

For the entire length of Barky’s regime, the media had its lips firmly planted on his ass.  The only exception is Fox News, which refused to kowtow to his emperor complex.

The Cult of the Black Jesus Obama was in full swing for Obama’s presidential campaigns.  An infatuated male CNN correspondent wrote love letters to Obama and kept an archive.  Evan Thomas deified him.  Brian Williams usually brought knee pads for Obama interviews.  Chris Matthews got ‘a thrill going up his leg’ every time he heard Obama speak.  Curtis Sittenfeld, ( a female by the way)  loves, loves, loves Obamessiah so much, she’d suck his dick if she had the chance.  It’s some of the most disturbing, perverted behavior ever displayed by leftwing media.

Obama and his media tools were infuriated that Fox News was the one holdout; the one network they couldn’t control or get to cooperate with the Party Line.

In 2011, he launched an “Attack Watch” department to supplement his Ministry of Truth, to counteract “unfavorable stories”.  His media tools at MSNBC are all too glad to oblige. One notable event took place during an MSNBC ‘Morning Joe’ broadcast, which featured a discussion of the White House targeting Fox News. An email arrived from the White House on the air to ‘correct them’ about an exchange between former WH spokesperson Robert Gibbs and Jake Tapper. One of the commentators, Mika Brezinsky actually made the ‘correction’.

Of course, once Trump starts holding pressers, the same infatuated media that treated Obama’s press conferences like a fan club meeting, will show up with bad attitudes and full diapers.