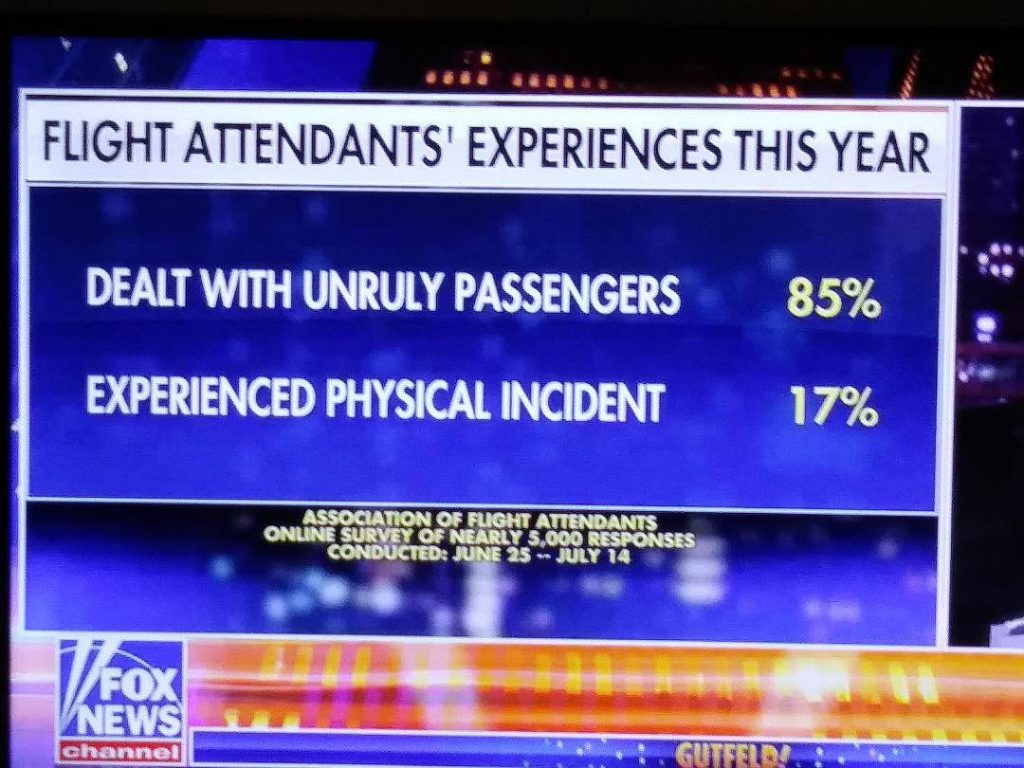 Dear Association of Flight Attendants, here’s why:
After standing in long, slow lines dragging luggage up to a ticket counter, passengers have to go through a series of gate rapes by incompetent TSA bullies who are more interested in ‘looking for weapons’ and groping your crotch than actually stopping terrorists from boarding the flight.
Then, after multiple delays, they’re packed in like sardines in a flying tube at 30,000 feet while dictatorial flight attendants admonish them for letting their suffocation devices slip beneath their eyes. That includes children, the elderly, and people with breathing issues.
Flying isn’t the pleasurable experience it used to be. I flew multiple times during my Army service. Between my enlistment in 1976 and 2006 when I retired, the airline industry has declined in quality and customer service.
No one in their right mind wants to fly. This, of course, excludes the occasional mental case and terrorist flying back from training in the Middle East.
The average passenger just wants to get to their destination in the most expeditious and reasonably comfortable way possible.
It’s not like that anymore.
Keep that in mind when you take your surveys.