While you paraded sobbing Senators and fragile cops crying crocodile tears in front of the cameras, you conveniently omitted some very important things.  One of the cops who cried on cue is an anti-Trump BLM extremist who praised the Kenosha riots. Another capitol cop who had a crying jag for the cameras was Michael Fanone.  Video from 6 January actually shows Trump supporters rescuing him from a volatile situation. He forgot about that while he bawled.

The capitol police won’t release the thousands of hours of video evidence because it will ruin the narrative.  They let protesters in the building and actually had friendly conversations with them.

The cop who murdered Ashli Babbitt is Michael Leroy Byrd. It’s the worst kept secret in this whole story. Why hasn’t he faced the public to answer for this?

In spite of the sensationalistic lies, Brian Sicknick died from a stroke hours after the protest. He was not injured or “struck by a fire extinguisher”.

Jill Sanborn of the FBI testified earlier that the FBI has not been able to find one single person inside the capitol building carrying a firearm. The supposed “armed insurrection” had no firearms involved except for the armed capitol cop who murdered Ashli Babbitt.

Dems have been wailing about all the therapy they need because 6 January was “worse” than 9/11, Iraq, Afghanistan, Pearl Harbor, and the Civil war combined.  Rand Paul was physically attacked by a leftwing nut, lost part of a lung because of it, has been threatened repeatedly, but he’s not talking about therapy. You delicate Dems on the other hand, are wailing over some patriots trespassing the hallowed halls of corruption and you think that’s “war”. March your triggered asses down to the nearest recruiting station and enlist. Go to war for real, then you douchebags can get some therapy.

Weaponized government agencies no longer protect this country from foreign threats. They are targeting American citizens for exercising  their Constitutional rights.  They are the threat.

Speak out against the corrupt D.C. swamp and get surveilled, hacked, harassed, and arrested.  The bill of rights has been revoked by the authoritarian thugs in the DOJ and the Dems are complicit. The government goons have held the 6 January protesters in jail without due process, some of whom are being beaten by security guards.

You Progs have some pretty selective ideas about riots.  Burn Loot Murder lasted 7 months with 23 people s­hot dead, 700 police officers injured, and over 150 federal buildings damaged. Antifa’s rampage has resulted in damage comparable to Hurricane Sally. Combined casualties from both groups of thugs numbered 926 as of July 2020.  Anarchists took over blocks of city neighborhoods in Seattle and Portland.  They’re still at it.  They commit arson, assault, murder, and vandalize.  They’ve destroyed businesses, livelihoods, police stations, and courthouses. Very few have been arrested and charged.

Hordes of angry leftists have stormed the state capitols of Georgia, Wisconsin, and the Hart Senate building.  Sandy Cortez led a group of protesters that stormed Pelosi’s office in 2018 for hours until Capitol Hill Police arrested 51 of the protesters for unlawful entry and protest; a stunt that was praised by the media.

You should be more concerned over this: 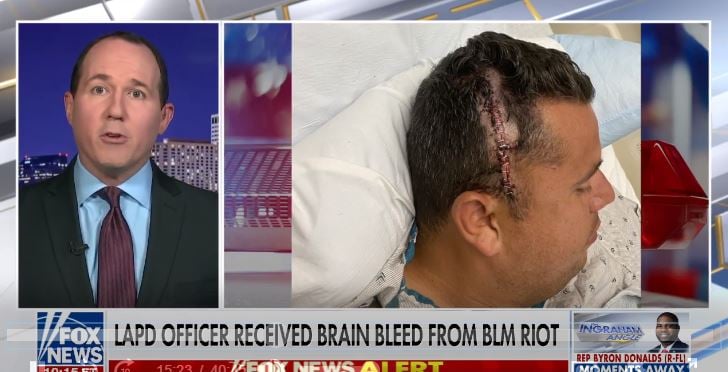 The unhinged politicians have the gall to accuse the 6 January protesters of threatening democracy when in fact, it’s the politicians who defile the chambers of congress and shred the constitution every fucking chance they get.

But patriots who stand up to your malfeasance scare the hell out of you.

Biden keeps ranting about a ‘civil war’.  There’s going to be one, and it won’t end the way he likes.