Via the Daily Mail

My name is Tony Bobulinski.

The facts set forth below are true and accurate; they are not any form of domestic or foreign disinformation. Any suggestion to the contrary is false and offensive.

I am the recipient of the email published seven days ago by the New York Post which showed a copy to Hunter Biden and Rob Walker. That email is genuine.

This afternoon I received a request from the Senate Committee on Homeland Security and Government Affairs and the Senate Committee on Finance requesting all documents relating to my business affairs with the Biden family as well as various foreign entities and individuals. I have extensive relevant records and communications and I intend to produce those items to both Committees in the immediate future.

I am the grandson of a 37 year Army Intelligence officer, the son of a 20+ year career Naval Officer and the brother of a 28 year career Naval Flight Officer. I myself served our country for 4 years and left the Navy as LT Bobulinski. I held a high level security clearance and was an instructor and then CTO for Naval Nuclear Power Training Command. I take great pride in the time my family and I served this country. I am also not a political person. What few campaign contributions I have made in my life were to Democrats.

If the media and big tech companies had done their jobs over the past several weeks I would be irrelevant in this story. Given my long standing service and devotion to this great country, I could no longer allow my family’s name to be associated or tied to Russian disinformation or implied lies and false narratives dominating the media right now.

After leaving the military I became an institutional investor investing extensively around the world and on every continent. I have traveled to over 50 countries. I believe, hands down, we live in the greatest country in the world.

What I am outlining is fact. I know it is fact because I lived it. I am the CEO of Sinohawk Holdings which was a partnership between the Chinese operating through CEFC/Chairman Ye and the Biden family. I was brought into the company to be the CEO by James Gilliar and Hunter Biden. The reference to ‘the Big Guy’ in the much publicized May 13, 2017 email is in fact a reference to Joe Biden. The other ‘JB’ referenced in that email is Jim Biden, Joe’s brother.

Hunter Biden called his dad ‘the Big Guy’ or ‘my Chairman,’ and frequently referenced asking him for his sign-off or advice on various potential deals that we were discussing. I’ve seen Vice President Biden saying he never talked to Hunter about his business. I’ve seen firsthand that that’s not true, because it wasn’t just Hunter’s business, they said they were putting the Biden family name and its legacy on the line.

I realized the Chinese were not really focused on a healthy financial ROI. They were looking at this as a political or influence investment. Once I realized that Hunter wanted to use the company as his personal piggy bank by just taking money out of it as soon as it came from the Chinese, I took steps to prevent that from happening.

The Johnson Report connected some dots in a way that shocked me — it made me realize the Bidens had gone behind my back and gotten paid millions of dollars by the Chinese, even though they told me they hadn’t and wouldn’t do that to their partners.

I would ask the Biden family to address the American people and outline the facts so I can go back to being irrelevant — and so I am not put in a position to have to answer those questions for them.

I don’t have a political ax to grind; I just saw behind the Biden curtain and I grew concerned with what I saw. The Biden family aggressively leveraged the Biden family name to make millions of dollars from foreign entities even though some were from communist controlled China.

The Biden Crime Family has been enriching themselves by engaging in corrupt financial deals with countries that are hostile to America. 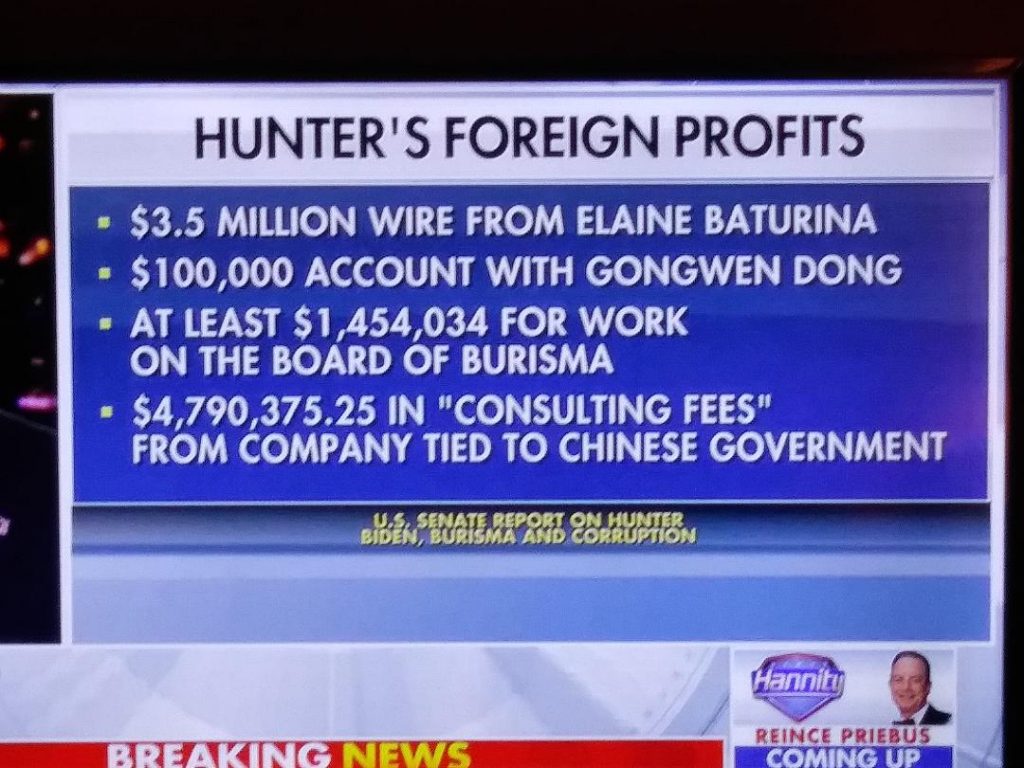 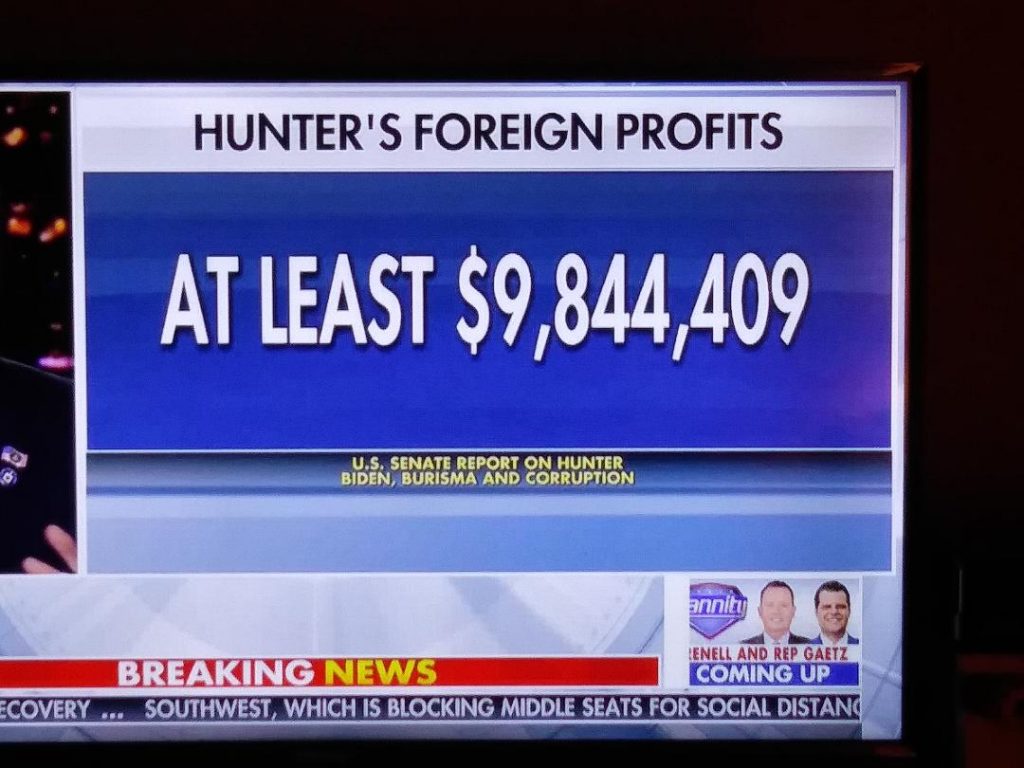 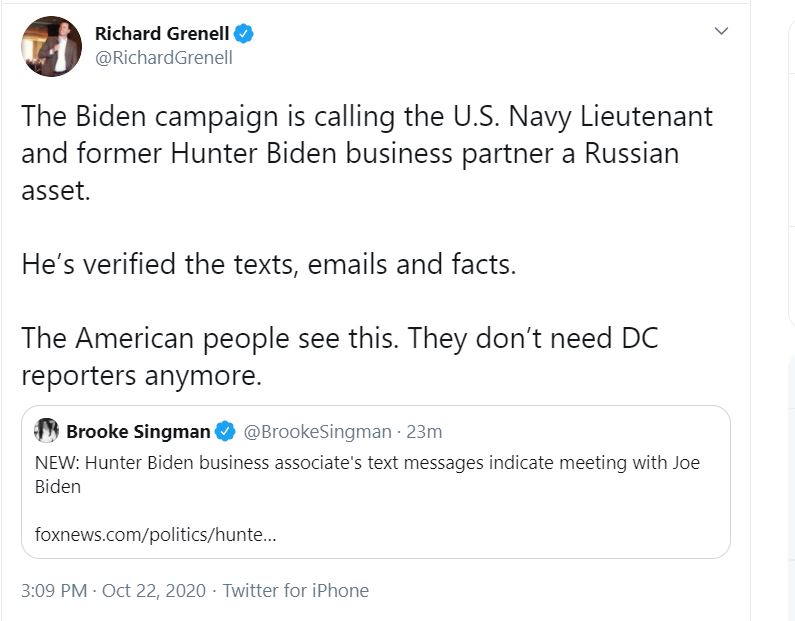 If AG Barr actually held them accountable, they’d all be in orange jumpsuits.