His name is Eric Ciaramella. He’s 30-some-odd years old. I’ve got a picture. It looks like the Pajama Boy in the Obama ad that they ran back during, I think, the first term.

“Federal documents reveal that the 33-year-old Ciaramella, a registered Democrat held over from the Obama White House…” Why the hell was he still there? What do you mean, “held over”? This guy… I’ve probably seen this guy there. I’ve been to the Oval Office two or three times since Trump’s been president. I’ve been in the West Wing. I’ve probably seen this guy slithering around. It never even registered. Next time I go, I’m gonna keep a sharp eye for people I think might be John Brennan holdover plants, ’cause they’re obviously slithering all over the place.

Slinking, slithering, whatever you want to say. But that’s not even half the story. The so-called whistleblower, is 33 years old, “a registered Democrat [Can anybody say “partisan”?] held over from the Obama White House, previously worked with former Vice President Joe Biden and former CIA Director John Brennan…” He is “a vocal critic of Trump” who did you know what else? This guy “helped initiate the Russia ‘collusion’ investigation” which was a nothing burger!

This guy was involved from the get-go, starting in 2016, doing John Brennan’s bidding from the West Wing on furthering the whole Trump-Russia collusion operation of which there wasn’t one. As per the esteemed Robert J. Mueller XIV or whatever Robert J. Mueller he is.  So this Pajama Boy — and they don’t want us to know who he is for these obvious reasons.  Now Schiff and his buddies are saying, “Well, we don’t need to know the young whistleblower’s identity. We don’t really need to hear from the whistleblower.”

But he’s not… When you hear “CIA agent,” “embedded CIA agent,” you think, “Spy, national security!” You think “grizzled veteran,” not somebody who doesn’t shave but twice a week.  He’d be totally unimpressive as an image witness.  He’s a left-wing government leech!  Ciaramella is.  He hates Trump.  He loves Obama.  He’s from the Ivy League.  They’re a dime a dozen in government.  The Ivy League is a factory for these kinds of guys.

“Fearing their anonymous witness could be exposed, Democrats this week blocked Republicans from asking more questions about him and intend to redact his name from all deposition transcripts.”  Too late.  Everybody knows who he is.  And then Vindman… Vindman is from the same pedigree.  They’re all part of the CIA or the John Brennan bunch.  John Brennan, Obama’s CIA director, is the puppet master for all of this — and these guys are feeling their oats now.  They came out, they sat down, and they had an appearance at the National Press Club last night that C-SPAN televised. 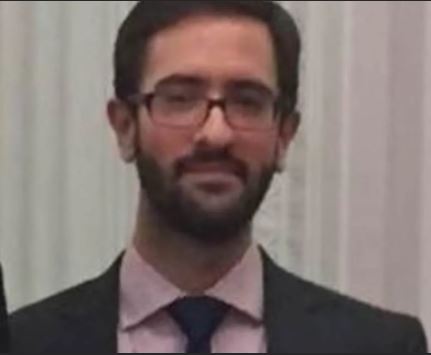 Federal documents reveal that the 33-year-old Ciaramella, a registered Democrat held over from the Obama White House, previously worked with former Vice President Joe Biden and former CIA Director John Brennan, a vocal critic of Trump who helped initiate the Russia “collusion” investigation of the Trump campaign during the 2016 election.

Further, Ciaramella (pronounced char-a-MEL-ah) left his National Security Council posting in the White House’s West Wing in mid-2017 amid concerns about negative leaks to the media. He has since returned to CIA headquarters in Langley, Virginia.

Also, Ciaramella huddled for “guidance” with the staff of House Intelligence Committee Chairman Adam Schiff, including former colleagues also held over from the Obama era whom Schiff’s office had recently recruited from the NSC. Schiff is the lead prosecutor in the impeachment inquiry.

And Ciaramella worked with a Democratic National Committee operative who dug up dirt on the Trump campaign during the 2016 election, inviting her into the White House for meetings, former White House colleagues said. The operative, Alexandra Chalupa, a Ukrainian-American who supported Hillary Clinton, led an effort to link the Republican campaign to the Russian government. “He knows her. He had her in the White House,” said one former co-worker, who requested anonymity to discuss the sensitive matter.

Documents confirm the DNC opposition researcher attended at least one White House meeting with Ciaramella in November 2015.  She visited the White House with a number of Ukrainian officials lobbying the Obama administration for aid for Ukraine.

With Ciaramella’s name long under wraps, interest in the intelligence analyst is so high that a handful of former colleagues have compiled a roughly 40-page research dossier on him. A classified version of the document is circulating on Capitol Hill, and briefings have been conducted based on it. One briefed Republican has been planning to unmask the whistleblower in a speech on the House floor.

Brennan is a contemptible douche with a history of corruption and using his office for the purpose of pushing his leftwing agenda.

Here’s a transcript of the phone call with the Ukrainian President that the Dems think is an ‘impeachable’ offense.

The Dems claim that Trump allegedly withheld aid to Ukraine for political reasons, which is a load of bullshit. Trump said no such thing. Nor did he “demand” an investigation of the Bidens.

Biden, however, did make that threat:

Biden bragged last year to an audience of foreign policy experts how he threatened to hurl Ukraine into bankruptcy if their top prosecutor, General Viktor Shokin, wasn’t immediately fired, according to The Hill‘s John Solomon. Shokin was investigating Burisma.

In his own words, with video cameras rolling, Biden described how he threatened Ukrainian President Petro Poroshenko in March 2016 that the Obama administration would pull $1 billion in U.S. loan guarantees, sending the former Soviet republic toward insolvency, if it didn’t immediately fire Prosecutor General Viktor Shokin. –The Hill

“Well, son of a bitch, he got fired. And they put in place someone who was solid at the time,” Biden said at the Council on Foreign Relations event – while insisting that former president Obama was complicit in the threat

Here’s the video proof, in Biden’s own words:

He strong-armed Ukraine into firing a prosecutor who was investigating the corruption of a company associated with his son, who received $3,000,000. He should be indicted for that.

This “impeachment” shit is just another act in the Dems’ clown show.

During the 2016 campaign, the Hillary camp, Comey’s FBI, and the Obama regime paid for a concocted dossier  that was used by the government to spy on the Trump campaign.

There was a widespread concerted effort to undermine the election and engage in criminal activity to accomplish that. Everyone from the FBI, DOJ, CIA, and Dem ‘lawmakers’ were part of the conspiracy.

When the Russian hoax failed, they tried the “racism” card. When that failed, they tried the “white supremacy” tactic.  When that lost traction, they screamed “recession!”.  Now it’s another pathetic scheme to try impeachment because President Trump had conversations with Ukrainian President Volodymyr Zelensky.  Their own Russian problems, including Hillary’s Uranium One deal gets a pass from the liberal main stream media and the hypocrites in their own party.

This latest tactic is a tantrum because Trump discussed the Biden family corruption.

What it boils down to is the entire unhinged leftwing media and Dem cabal are still in the throes of a grand mal seizure over Trump’s election and the fact that Hillary lost. Their insanity extends into violence against supporters of the President.

Trump is reversing the damage Barky Obama did to this country and has accomplished more positive improvements to the economy, foreign policy, and national security in his first two years in office than all the previous White House occupants since Ronald Reagan.