CUYAHOGA COUNTY, Ohio (WJW) – The FOX 8 I-Team has spoken to families who report they’ve received letters in the mail threatening them if they continue to support Donald Trump for president.

Multiple people in Cuyahoga County got the letters, and authorities are investigating.

Two of those receiving the letters tell the FOX 8 I-Team that they have Trump campaign signs in their yards.

The letter threatens “payback” for the support of the president and his reelection. 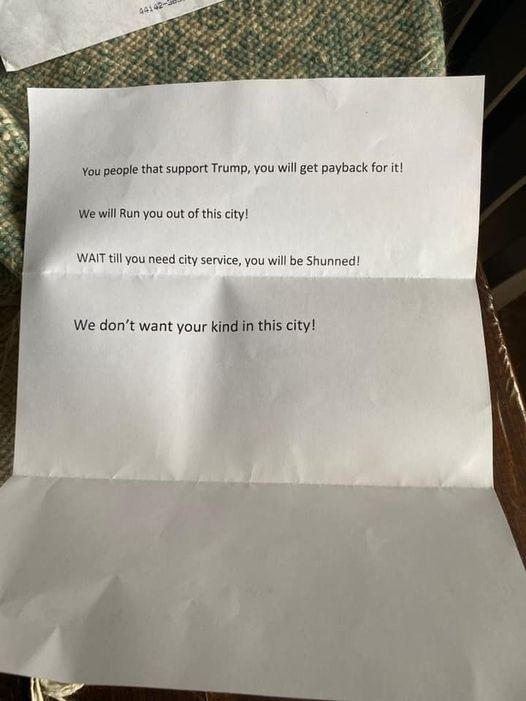 The envelopes show the letters were sent to specific addresses without listing names of people living there.

They have no return address.

The libs have been on a psychopathic rampage since Trump’s election.  When he’s re-elected next month, expect another barrage of grand mal seizures that makes their 2016 meltdown look like a mild hissy fit.