Retired Army Master Sgt. Mark Allen died on Saturday, 10 years after he was shot while looking for a missing soldier in Afghanistan back in 2009. He was 46.

Allen was unable to walk or speak since being shot in the head by a sniper in July 2009 during his attempted search for Army Sgt. Bowe Bergdahl, who walked off his base in Afghanistan and was imprisoned by the Taliban for five years.

Bergdahl later pled guilty and was dishonorably discharged, reduced in rank from sergeant to private and fined $1,000 per month over a 10-month period for deserting his post and endangering the lives of fellow soldiers, including Allen.

When Bergdahl was traded for five Taliban prisoners and brought home, Shannon Allen, Mark’s wife didn’t hold back her feelings for how he changed their family forever.

“Meet my husband,” she wrote on Facebook, “injuries directly brought to you by the actions of this traitor.”

Donald Trump also expressed his disdain toward the prisoner transfer of Bergdahl, calling the decision “a complete” and “total disgrace to our country and our Military.”

During the trial of Bergdahl, Shannon testified that it took 90 minutes to get her husband out of bed, showered and dressed each morning. She had to use a pulley system, which was attached to the ceiling to move him, according to Task & Purpose.

Mark’s young daughter also enjoyed climbing into his wheelchair and sitting on his lap, Shannon told the outlet.

When Bowe Bergdhal walked away from his post, he deliberately sought out the Taliban so he could join them.

He left his gear in a nice neat little pile along with a note that explained he was running away.  He willfully collaborated  with the enemy and declared himself ‘mujahid’ and allegiance to Islamic jihad.  The attacks his unit endured got more methodical and precise after his desertion. 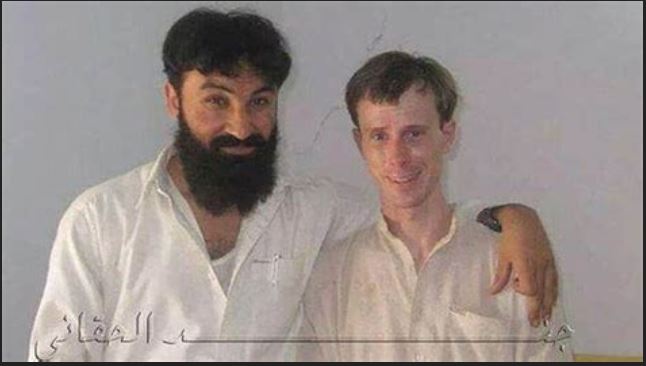 During his stay with the Taliban, he converted to Islam.

It took some time before charges were even brought against the little shitbag, since Obama treated him like a pet to advance his political agenda.

Six Soldiers were killed looking for his worthless ass.  Barky traded five of the worst muzzie cutthroats at GITMO   for this piece of shit.

Barring that, he should be taken out and shot. And take Obama with him.