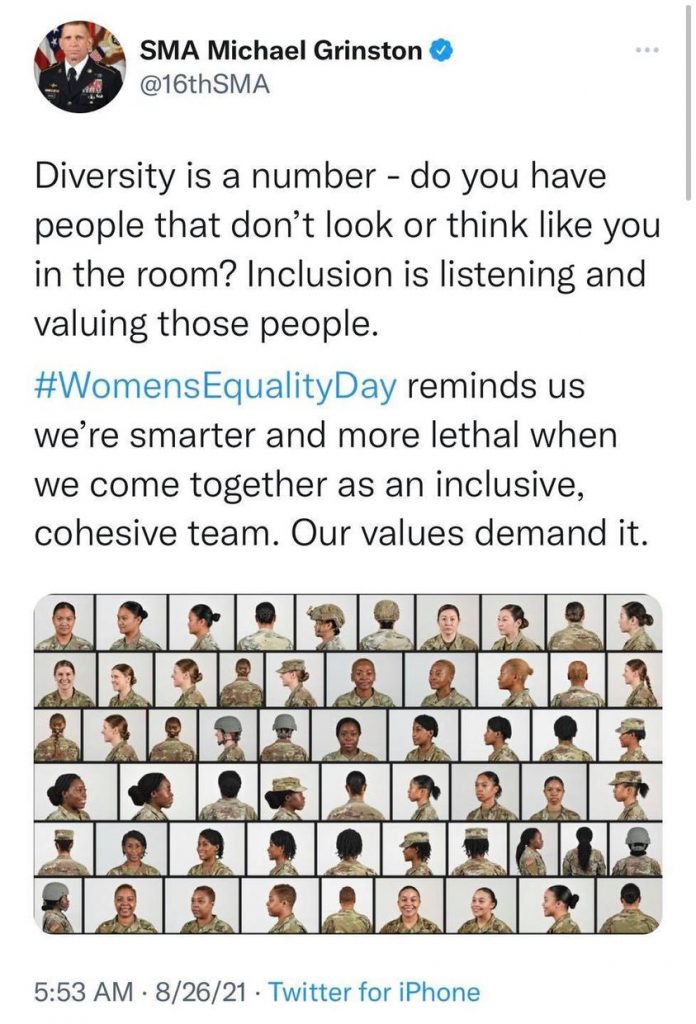 Warrior ethos has been replaced by psychobabble and corrupt social engineering.  It doesn’t matter if you’re male or female. Soldiers are supposed to understand enemy tactics and study great military strategists ( i.e. von Clausewitz, Patton, Sun Tsu), not worry about driving a wedge between themselves and their fellow troops with divisive racist and ‘gender identity’ policies.

While the Biden regime has the Pentagon pushing the “woke” shit rather than focusing on combat readiness, our enemies are laughing their asses off.  Instead of honing warfighting skills, West Point cadets are being pummeled with “Critical Race Theory”. One of the instructors forced cadets to call cops “murderers”.

1 thought on “While Service Members are Slaughtered in Kabul, the Sergeant Major of the Army is Worried About ‘Diversity’”