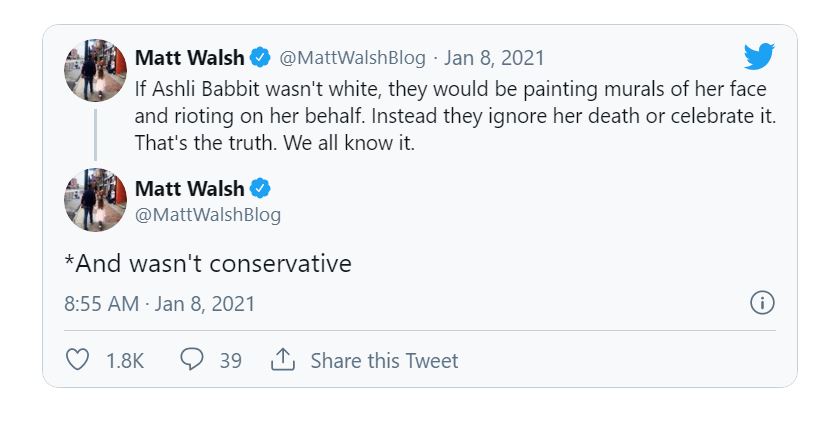 The DC Chief Medical Examiner on Wednesday announced the cause and manner of death of the four people who died during January 6 riot at US Capitol.

Two men died of natural causes and one woman’s death was ruled an accident.

Capitol Police Officer Brian Sicknick’s cause and manner of death are still pending.

Ashli Babbit, a 14-year veteran from San Diego who served 4 tours with the US Air Force as a high-level security officer was killed on January 6.

Ashli Babbit, who was unarmed at the time, was shot through a window on a closed door by an officer.

Babbit appeared to be standing behind a group of people who were attempting to gain entry into the chamber.

Police had barricaded the doors and were attempting to keep the patriot protesters out — and then drew their weapons.

They opened fired and shot Ashli in the neck.

She was wheeled out of the Capital in a stretcher covered in blood and later pronounced dead.

Here’s a photo of Ashli’s murderer. 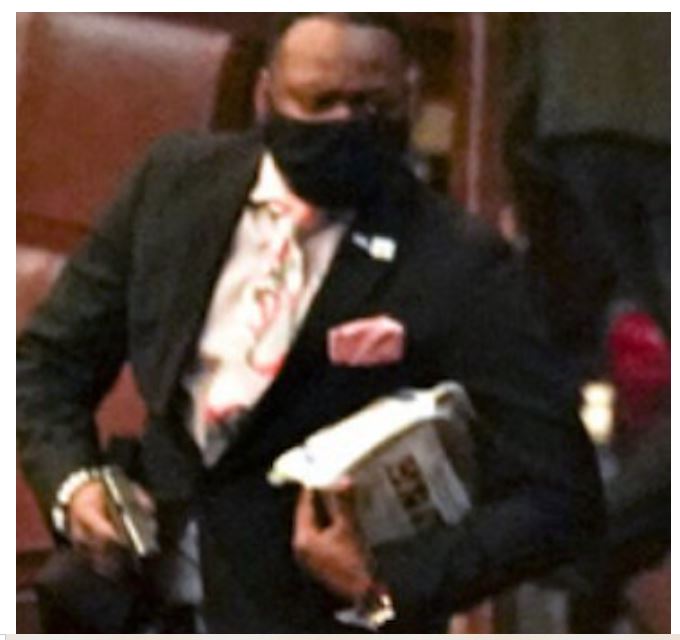 His name is being withheld from the Babbitt family’s attorneys. And he’s so confident that he was in the right, that he disappeared into a hidey-hole “for his own safety“.

The Dems have no problem with “peaceful” Antifa and BLM thugs rampaging across the country rioting, committing arson, assault, murder, and vandalism, but patriots who stand up to their malfeasance scare the hell out of them.  They’ve even accused the anarchists of being “far-right extremists”.  You can’t make up that shit.

Now that Ashli’s death has been ruled as murder, maybe her family will get justice.